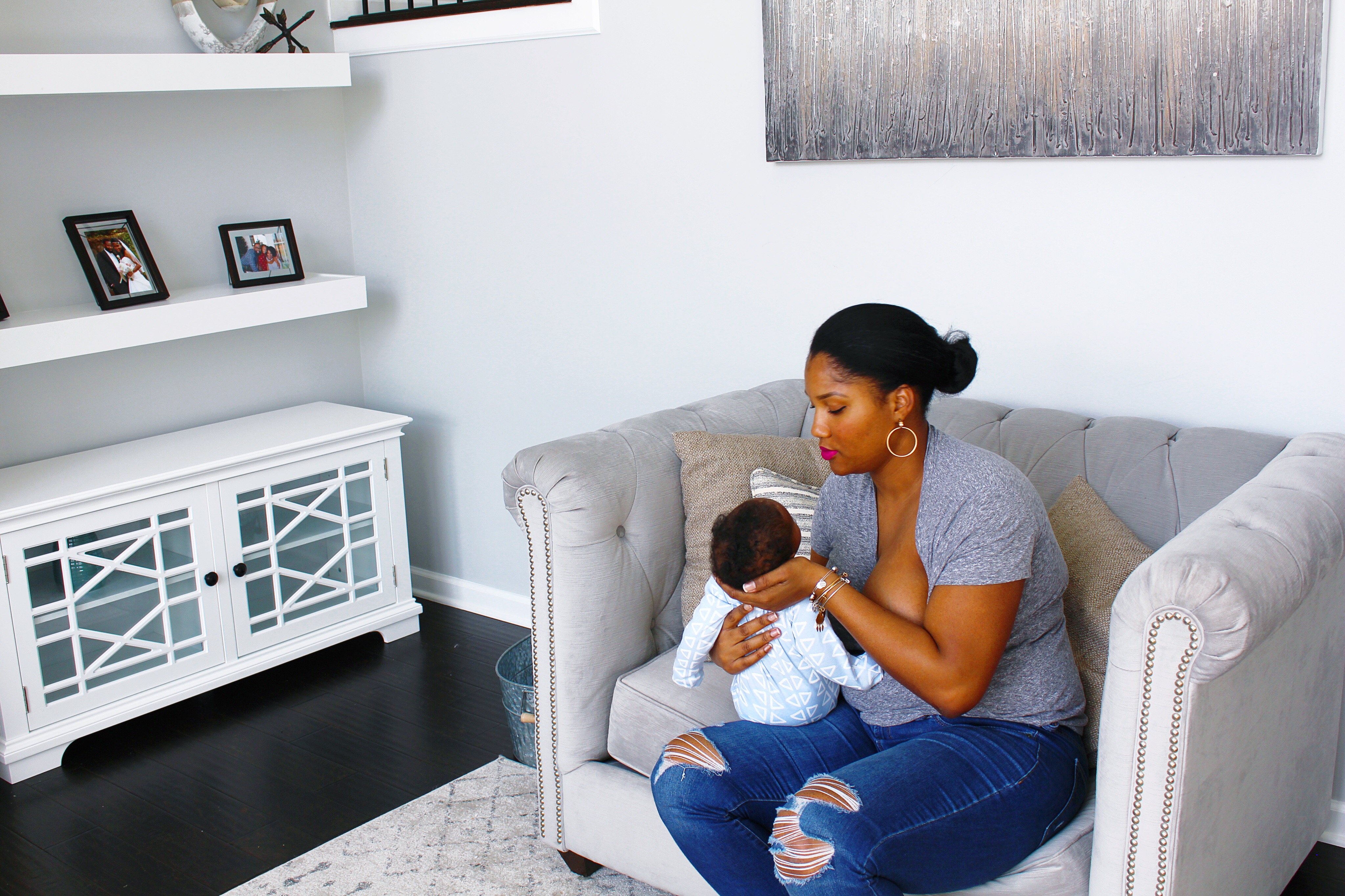 Ashley Gardner was pretty quiet about it with her first child.

She didn’t think anyone would care.

But when Baby No. 2 arrived, she just knew there had to be someone else out there who shared her experience.

So, she spoke up about the impact breast surgery has on nursing mothers.

“Maybe we don’t give breastfeeding a try, we have to partially supplement feedings and don’t find value in alternating feeds or assume it’s impossible,” Gardner, a 29-year-old human resources professional and mom of two wrote on her Instagram page.

Her page, Growing with the Gardners, where she shares motherhood, family and lifestyle content, boasts more than 6,000 followers, and many were supportive of her message.

She’s glad to have shared her story about breastfeeding after breast surgery, since she found other women and mothers who related. A reduction can make it difficult to breastfeed later, but it’s not impossible.

In high school, Gardner had breast reduction surgery to correct back pain from a larger chest size.

“My boobs were so big. I’m pretty sure they were off the chart,” a candid Gardner told Hey, Black Mom! “They were too big for my frame.”

Gardner said she comes from a long line of women with small frames and large breasts. In addition to back pain, she had issues finding clothes and playing sports. As a high school basketball player, she had to wear three sports bras for support.

The breast reduction surgery was free for the then-17-year-old Gardner, because it was for alleviating the pain. With her mother’s blessing, she got the surgery, which reduced her cup size to a C.

She said her doctor and mother discussed saving as many milk ducts as possible, but it didn’t register with Gardner at the time. As a teenager, the Oklahoma City native wasn’t thinking about having children.

It wasn’t until she attended a lactation class upon preparing for her first child, Harper, who is now 3, that she realized the impact of her decision.

“‘You may not be able to breastfeed,’ ” were the shocking words she recalled from the class instructor, who recommended Gardner see a lactation consultant.

Fortunately for her, Gardner was able to produce milk to nurse Harper. She supplemented with formula. Her three-month-old son Sage exclusively receives breastmilk through feeding and what Gardner pumps for him.

She knows some aren’t as lucky.

Breast reduction surgery can sever some of the nerves responsible for sensation and the let-down reflex that signals your brain to produce milk when the baby sucks, according to todaysparent.com. In today’s most common surgeries, the surgeon will leave the nipple attached and cut around it. The nerves can regrow and you can regain sensation, but that may take up to a year after surgery.

Still, there is no way of knowing if after a breast reduction you’ll be able to breastfeed until you have a baby, stated the article.

“You just don’t hear about it,” Gardner said regarding the silence among breastfeeding mothers who’ve had breast surgery. “Do we not speak up? Do we not even try it?”

She said there’s a stigma attached to formula feeding and supplementing but doesn’t believe there should be one. In her mind, women shouldn’t be embarrassed if they can’t breastfeed — because of surgery or otherwise.

“Everyone has a different lifestyle,” Gardner said. “Some women can’t breastfeed, and we don’t acknowledge reasons why they can’t. … As moms, we can be so judgemental sometimes. We have to stop that.

“Breastfeeding is really hard and we don’t acknowledge that.”

Though Gardner made her decision to have breast reduction surgery more than a decade ago, she doesn’t regret it. She considers it the best decision she could have made for her health.

According to Web MD, extremely large breasts have been linked to back and neck pain, numbness in the fingers and hands and migraines. The problem affects nearly one million American women.

In her Instagram post, Gardner shared some of her personal tips for breastfeeding after surgery. Breastfeeding After Breast and Nipple Surgeries is a small organization dedicated to providing support and information at bfar.org.