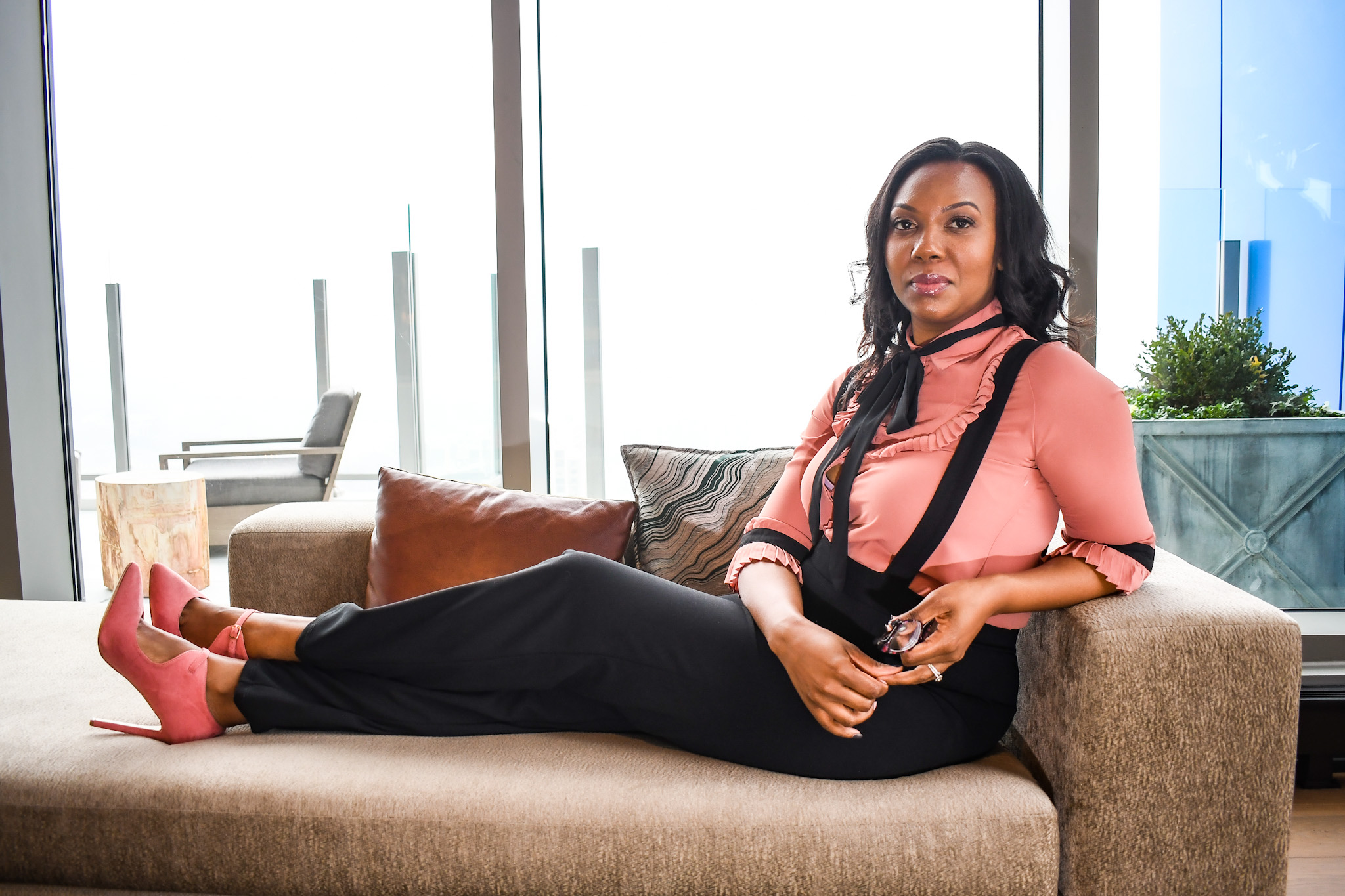 Always adamant about discussing her future with her mother, LaTisha Corley knew she was bound for something great.

She wanted to repay her parents for their sacrifice in getting her through college.

When she lost her mother Joy to breast cancer in December of 2010, she became that much more determined to make a difference.

“I always saw my mom work, come home and cook meals five to six days a week,” Corley told Hey, Black Mom! “That’s what I saw. Everything I did, I felt like I had to do it my very best.”

About a decade after her mother’s passing, the 32-year-old entrepreneur found her best fit: a daycare.

Corley is mom to two young children, a busy 7-year-old Tylan and 2-year-old Aaron Jr. who attends her daycare. It wasn’t until she became a mother that she realized the struggle of finding trustworthy, high-quality childcare.

When she graduated from Clark Atlanta University in 2009, her first job out of school was at a childcare center.

Her passion for instilling a valuable foundation in children soon came full circle.

In September, Corley, or Mrs. Tish as she’s known to her students, celebrated the grand opening of Prepping for Excellence Academy, her childcare facility located in Mableton, Ga.

“You need quality childcare,” Corley said. “I love our childcare, because it’s a nice size. Everyone knows each other. A childcare should be a village for success of the future of the child.

“That’s where it starts and sets the tone for that child.”

Prepping for Excellence Academy accepts children from 1 to 12 years old. Nearly two dozen students are enrolled in the program.

After her post-college daycare position, Corley worked in non-profit and later as an academic advisor, the latter a life-changing opportunity. She went on to get a master’s degree in adult education and training. She uses that facet of her education to participate in director training for the daycare, motivated by the barriers she overcame in opening the center and her own two children.

When you have children, it’s not a barrier or hinderance, it’s motivation to push even harder.

“What people don’t understand is when a parent or family member chooses your childcare, they’re trusting you with their prized possession,” Corley said. “I show parents and my employees that we value them.”

Connected to the daycare is Corley’s travelling babysitting service, Joy of Learning. It provides an enriching childcare option for parents during events, and it’s named after her mother.

“I was always the one who was supposed to make (my parents) proud. I always had high expectations for myself,” said Corley, who has an older sister who shared the pain of their mother’s passing. “Everything that I do is for her, because I saw how strong she was.”

Reach Prepping for Excellence by phone at 678-403-8753. You can find out more about the daycare and travelling childcare service on the respective social media pages for the businesses.