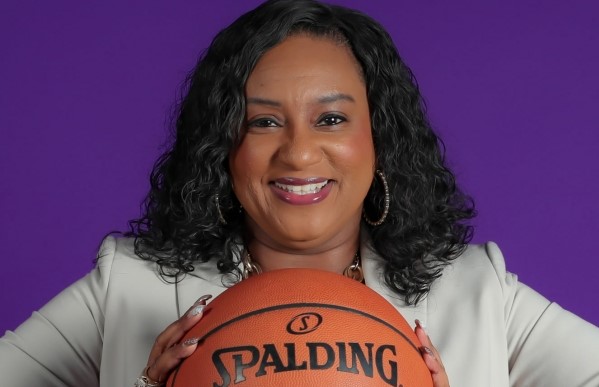 Kiesha Nix has officially made history by being the first Black woman vice president within the Los Angeles Lakers organization.

Serving as an executive director for six years with the team, the LA native was recently promoted to Vice President of Charitable Affairs. This position allows her to lead public service efforts for the Lakers.

The University of Nevada, Reno alumni credits her Bachelors in English and minor in criminal justice to her choosing the path of public service, while influence from her grandparents helped see the value in community.

“I always refer to my grandparents — who are no longer with us, but they instilled community in me,” she told the Los Angeles Sentinel, one of the city’s Black-owned newspapers . “At an early age, they instilled family and giving back in me.”

Nix, who has an adult son, built a name for herself serving as an executive director bridging the gap between the youth and essential resources. When it came to the Lakers’ programming and funding, Nix was the go-to contact.

She was able to build a strong community amongst the Los Angeles Lakers, while also maintaining the growth of social awareness in the sports industry.

“I am born and raised in South Central L.A., and it was important for me — when I delivered the check, or when we delivered the resources, that the kids get to see me,” Nix said. “Because they get to see a lot of themselves in me, and I see myself in them. I let them know where I grew up and where I went to school because I wanted to give them some inspiration.”

In her new position, she will be looking to grow the Lakers outreach program for charitable acts.

The Lakers organization has been able to create a teaching garden, 15 Reading and Learning Centers, three STEM Lab projects and more than 40 basketball courts across the country.

Nix simply sees her new VP role as an extension of what she has been doing. If anything, the promotion will enhance opportunities and open doors for additional changes in the Los Angeles community.

“It’s really about leveraging the relationships and the platform that I had already built,” Nix said. “Now, I’m really being able to take that to another level.”

Her community work, accolades and a new role has even caught the eye of Lakers Hall of Famer Earvin Magic Johnson.

Congratulations to @kieshanix for being named the VP of Charitable Services at the @Lakers!! She’s the first African-American female to be named Vice President of any department in the history of the organization! 👏🏾