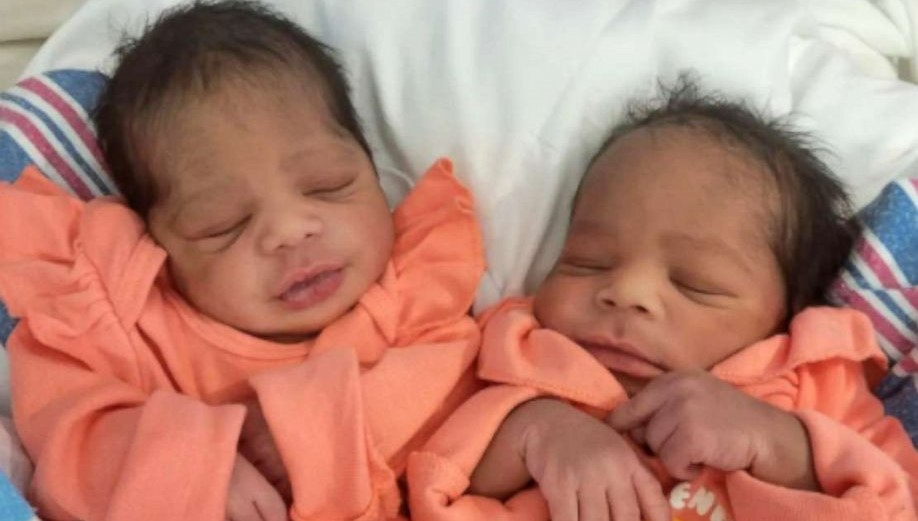 Parents Kimberly and John Alacorn already had two pairs of twins and eight children in total, now making it a grand party of  12 at the Alacron household!

Kimberly Alarcon, 37, has been birthing her babies at Westchester Medical for 17 years, dating back to her firstborn Brittney.

Next, she had Sarah, 13, Hunter, 10, twins Zachary and Zoey, 6, and twins Oliver and Olivia, 4. This family is also fostering their nephew King, who is 3-years-old.

Although having this many children isn’t necessarily considered a mistake, Alacorn says that the last set of was a complete surprise. The babies were triplets, but one baby did not make it.

“I took a pregnancy test at home so I knew I was pregnant,” Alarcon recalled in a Good Morning America report. “We went to the doctor and it was triplets. Yes, they started as triplets. And after that, while in the doctor’s office after she examined me and everything and she told us it was triplets, I went to the restroom and that’s when I lost one.”

Siber has been in this field for 20 years and still says she has never seen anything like this before.

“Somebody that has three sets of twins back-to-back, it’s very uncommon,” Silber said. “The incidence of twinning varies by country. In the United States, it’s about one in 250. So if you do the math, that that would happen three times, it is very, very low odds.”

Although this story is amazing in its uniqueness, there were still some complications given Alarcon’s unfortunate miscarriage.

“It’s very unfortunate, but it does happen in about 20% of the triplet pregnancies,” Silber said. “But she was fortunate that the other two girls grew very well and everything turned out just right.”

Miscarriages are hard to recover from, but luckily Alarcon received support everywhere from her family, church community, and friends.

“It was a roller coaster with this pregnancy,” the mom of 10 said. “I experienced hypertension, I fell, broke my ankle, went through some oral surgeries that just I couldn’t even be put to sleep for so … it was just one thing, one hit after another. And not only that, I can barely walk with this pregnancy because I carried more than I normally would.”