Remembering Miriam Carey in the wake of the U.S. Capitol breach 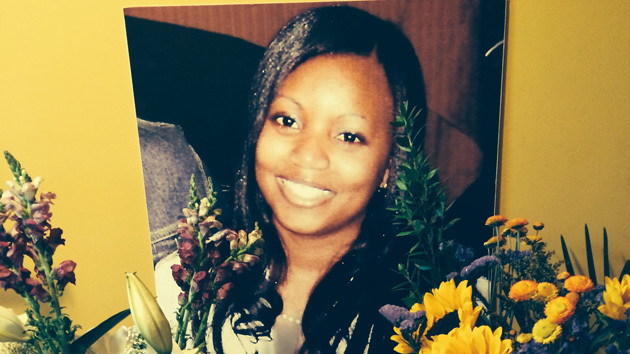 It’s one of the fondest memories from when her sister was alive.

During a trip to Niagara Falls, Valarie Carey and her sisters visited a butterfly conservatory.

Admittedly a bit jealous, Valarie recalled how all the butterflies kept landing on Miriam Carey and Amy Carey-Jones, even though she was the one most fond of colorful insects.

The adventure was one of many trips they shared, and this particular outing inspired Valarie to do something each year to remember the life of her sister Miriam.

On both her birthday and death anniversary each year, Valerie releases monarch butterflies to honor “the good in her and not to focus so much on the horrific way that she left us.”

The world came to know Miriam Carey under tragic circumstances. In 2013, the 34-year-old, unarmed dental hygienist was gunned down by Capitol Police in Washington, D.C. Her 18-month-old daughter, who survived the car chase with her mother at the wheel from near the White House to Capitol Hill, was in the backseat as officers fired 26 times at the vehicle after she attempted a U-turn near the Capitol grounds.

Miriam was hit five times, including once in the head.

“She was a person. She was a mother. She was a lover of life. She loved to cook. She loved to travel. She loved to entertain her friends,” Valarie Carey told Hey, Black Mom! in a phone interview on Thursday. She held back tears as she spoke about her younger sister; Miriam was the second youngest of five sisters.

“She was happy about being a new mother,” Carey said.

Recent events at the nation’s capital have irritated wounds not yet healed for Carey and her family.

On Wednesday, a swarm of Trump supporters stormed the U.S. Capitol Building. The insurrection was the first mass breach in the building’s history since 1812.

The mob of unmasked, unafraid, Trump- and Confederate Flag-toting rioters were met with very little police resistance as they damaged property to occupy the Capitol, which is meant to be one of the most secure buildings in the country.

Five people have died as a result of the riot, including a police officer. Law enforcement is still on the hunt for suspects, despite the disgracefully publicized acts.

Social media footage surfaced showing that some police officers appeared to clear the way for the rioters.

Carey only wishes her little sister was shown the same consideration in October of 2013.

Who was Miriam Carey?

Miriam grew up in Brooklyn, New York, close to her family and sisters. She worked as a dental hygienist and had dreams of opening her own business that helped others get placed into dental programs.

Miriam came from a line of sisters with professional careers dedicated to service. Valarie is a retired NYPD police sergeant and Amy is a registered nurse.

Miriam couldn’t wait to be old enough to hang out with her sisters.

When Miriam moved to Samford, Connecticut, it didn’t sit well with Valarie Carey. She didn’t want her to be too far from her base, as the sisters were used to living within walking distance from each other.

But the new mom at the time sought home ownership and didn’t want to wait. Carey lightheartedly chuckled thinking about how impatient her sister was.

Miriam’s daughter, who now lives with her father in Connecticut, was close in age to Amy’s youngest child, so Valarie enjoyed visits from the children.

“I was excited about having two new nieces,” she said. “We were planning another family trip, and it’s like all of those plans have been altered. They have been destroyed.”

The day of the Capitol riot recalled painful reminders for Carey. She was reminded of not only the stark difference in police treatment of one unarmed black woman compared to a mob of folk clearly up to no good, but also of the mental health speculation associated with her sister’s death.

Miriam was reportedly admitted to Samford Hospital for a mental health evaluation after multiple incidents in 2012, according to an in-depth Washington Post report. She was also said to have been diagnosed with postpartum depression.

“It’s a shame that they’re trying to trivialize my sister’s death by drawing on something (from) 2012,” Carey said. “One has nothing to do with the other. It’s hurtful when people are tagging you in false narratives because they led the conversation with my sister having a mental health crisis. No one could speak to what her mental capacity was in that moment. It is my belief that she was not having a mental health crisis. The fact remains that she was unarmed and she was not in the commission of a crime and she was shot in her back.

Nine months following the shooting, the U.S. District Attorney’s Office announced that no charges would be filed. The officers who shot and killed Miriam were not publicly named.

Carey has plans to fight to have the case reopened. She said she has been trying to obtain additional police radio transmission from the day her sister was killed, believing that information would reveal more of the story.

She also has plans for a documentary in the future.

All in all, her family craves justice.

“The treatment that my sister received was subhuman,” Carey said. “She was a professional, she was educated. And it’s not to say someone uneducated deserves to die but I’m just putting it into context.

“My sister wasn’t standing on some corner in illegal activity. She wasn’t a thug. She was driving her luxury car with her baby in it, and she was shot unjustifiably in her back. I want people to know that an innocent life was taken and no one’s really talking about it.”