How roller skating is bonding mothers and daughters 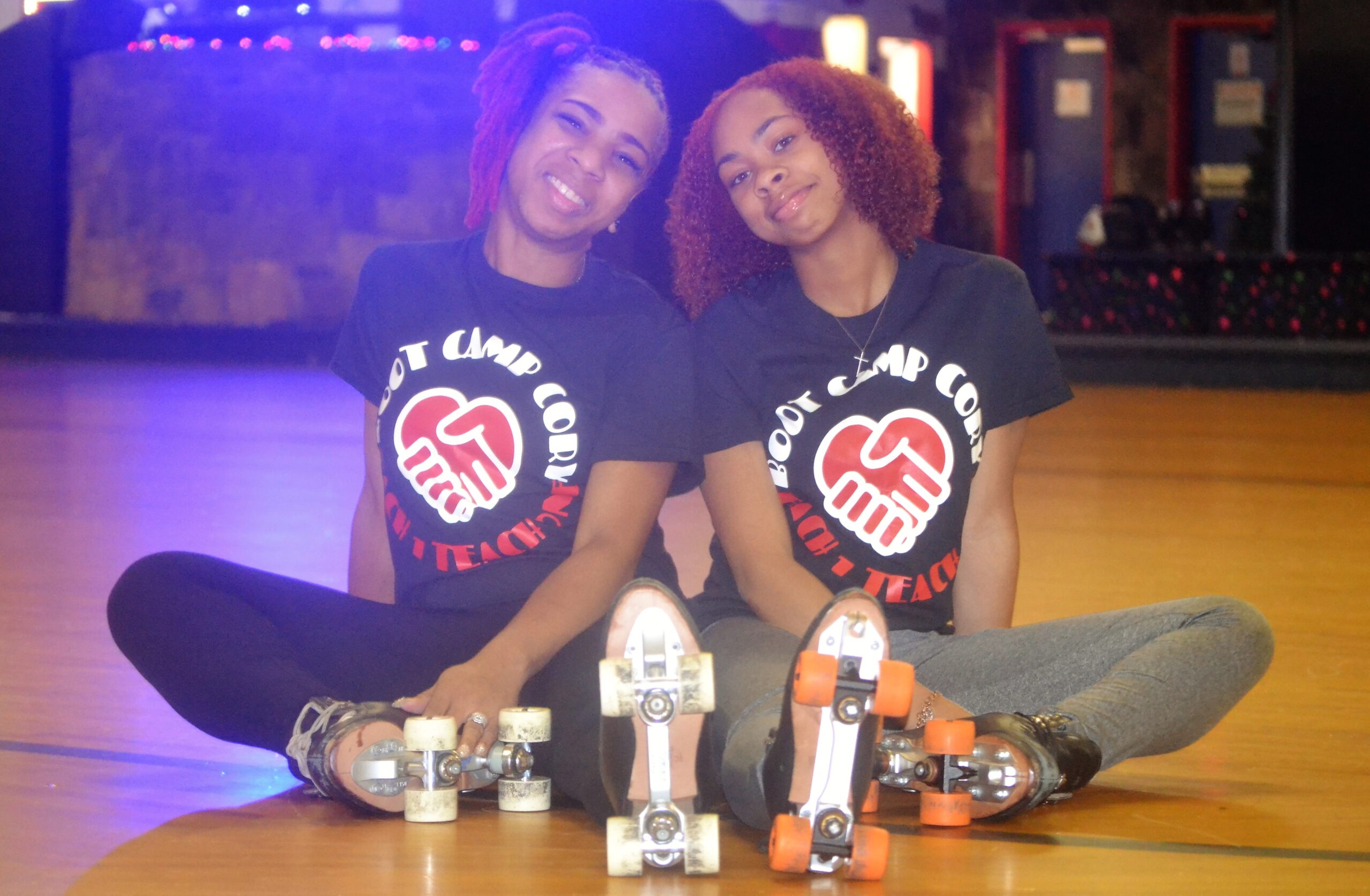 Justice Bell grew up in skating rinks — but not as a skater.

The gifted 17-year-old got serious about her wheels only a couple of years ago, much to her mother’s satisfaction after multiple attempts to get her on the floor.

Gloria Downs is an Atlanta-based roller skater with experience spanning two decades. When Bell was a baby, it wasn’t uncommon for her to be seen in a stroller while her mom skated.

Bell’s hurdle through the years was her own frustration, she admitted. As Downs, a popular instructor revered in the skate community, tried to teach her oldest daughter the craft, Bell doubted herself.

As a result, she too swiftly gave up.

When she finally gave in, something changed between her and her mother. The pair found themselves naturally bonding through skating, and it enhanced their relationship.

“I like it because at first we didn’t really have a good relationship. It wasn’t bad, but us skating brought us closer,” Bell said about her rapport with Downs, who is her personal teacher. “She’s more of a role model in my life now that we are skating, even though she was before.

“Now I look up to her in more ways than I did before.”

Downs, 40, is versed in many facets of the skate world — from the political aspect to the business side. She teaches workshops through her group Each 1 Teach One (E1T1) and has learned from a variety of styles throughout the East Coast for 20 years.

Roller skating, which has increased in popularity during the Covid-19 pandemic, offers an array of health benefits, both physically and mentally. It helps you burn calories, it’s great for strength training and heart health, and it’s easy on your joints.

A bonus: the surprising camaraderie it produced between Bell and Downs.

They aren’t the only ones who have bonded through skating, as the resurgence inspired another mother and daughter to lace up.

Genell Peterson, 28, reconnected with her love of roller skating through her 7-year-old daughter Genesis. About a year ago, she took her child to a skating rink, and the memories came flooding back.

Since, the pair has chronicled their adventures through the social media challenge #365DaysOfSkate. Each day, novice skaters share footage of their journeys, and Peterson and her daughter have gained quite the popularity from their mommy-and-me skate videos.

It’s helped build Genesis’ confidence while giving them an excuse to simply hang out.

“It’s been a lot of fun, because before that, I feel like we didn’t do too much,” said Peterson, who lives in Philadelphia. “We would just always be in the house, watching movie. She’s on her iPad, I’m on my phone.

“It was finally good to find something that we enjoyed together.”

Not only has the sport served as a stress reliever after a long day or during a rough patch of homework for Genesis, it’s brought them closer. Even when they drive around, they scout areas for any bit of smooth terrain they can find.

Beyond conversations about rolling, Bell has also confided in her mom in ways she didn’t before.

“It brings us closer, not just as a skater or learning how to skate from a teacher, but also from a business aspect and a parent aspect,” Downs said.

Though it was ultimately like peers who pushed Bell into the rink for good, she couldn’t be prouder of her mother and her mother’s influence.

Downs’ classes serve hundreds in the Atlanta area alone. And when she and her daughter are rhythm skating on the floor together, they’re often tagged #CoupleSkateGoals. Their buttery, smooth spins and undeniable chemistry capture the attention of fellow skaters and onlookers.

“I see a lot of myself when I see her,” Downs said about her college-bound daughter. “It’s kinda like mesmerizing to actually see myself in front of myself…When I see her, it’s a serious sense of appreciation and gratitude that she is you know a phenomenal skater.

And these skating moms and daughters have more in common than just their customized quads. The mothers are both immensely proud of their daughters’ growth. Like Bell, Genesis’ frustration at first got the better of the her. Her mom said there were times she would take off her skates and cry.

Now, Peterson is learning moves from her 7-year-old.

And both of these mothers are driven more to skate because of their daughters, holding onto the bond for as long as they’ll allow.

“I’m glad that she showed interest in skating,” Peterson said with a sense of pride, “because I probably would have never bought a pair of roller skates and thought to even do this.”