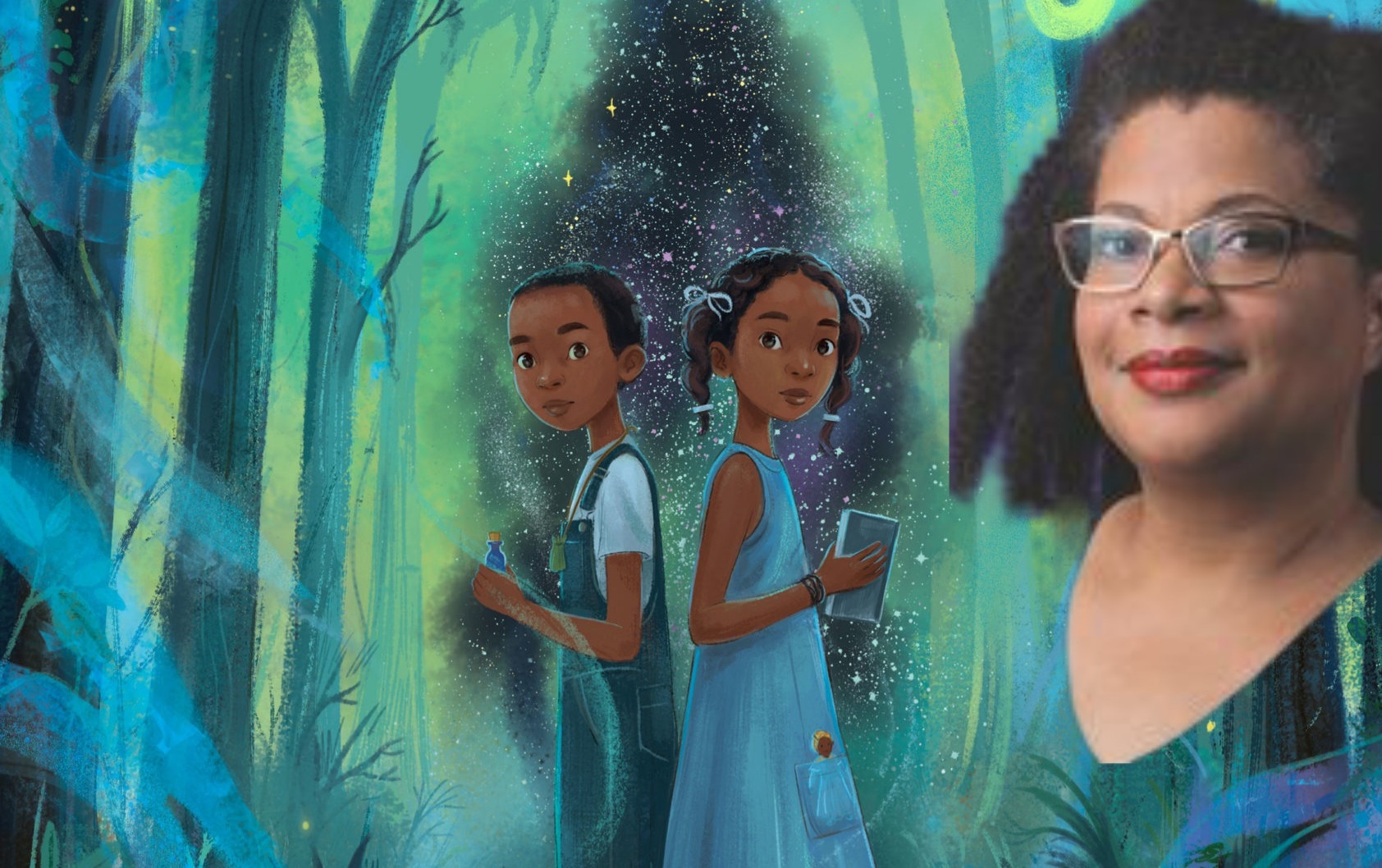 As a lifelong reader, Eden Royce recognized one saying in the world of literature to be totally true: if there’s a book you want to read that’s not written, write it.

Through the years, the writer and author didn’t find many stories set in the South. And if they were, there was a lack of Black writers and of Black characters portrayed accurately or positively.

As Royce thought back to her own childhood, there wasn’t a piece of work reflective of her experiences growing up in Charleston, South Carolina, as a child of the Gullah Geechee Nation.

These occurrences, coupled with the folktales she heard as a child and the dearth of books and films she consumed from the horror genre, influenced Royce to write a children’s book that showcased authentic Black families in the American South.

Root Magic, Royce’s debut that was released in January, is a Southern gothic novel that helps emphasize the significance of ancestral connections, while also allowing young readers to see themselves outside of the narrative of the Black struggle.

She wanted to change that narrative with Root Magic.

The 352-page book, which Royce began as a collection of short stories, is about Gullah Geechee twins Jezebel and Jay Turner living in South Carolina as schools there finally integrate. The year is 1963, so it includes some history from the time, including Civil Rights and the Kennedy Assassination.

There is also an educator’s guide to Root Magic that includes pre-reading exercises, discussion questions and activities. The guide is a great resource for parents, too.

Royce, who practices root magic for herself, tackles some potentially frightful elements in her story, making them digestible and meaningful. While it features a ghost and some scary moments, it details children’s issues of today, such as bullying and classism.

The tale helps children experience the magic in community and ancestors so that they don’t feel alone, especially in times of hardship.

“Root Magic does a lot of work to help kids understand that even if you are physically the only person standing there, there is an ancestor that you have as a Black person to call upon for when you feel like you need a bit of strength,” Royce stated.

The Importance of Connecting History

Root Magic is one of the only children’s pieces Royce knows to address Gullah Geechee folklore and culture. It paints Hoodoo and rootwork in a positive light, unlike what many are accustomed to seeing.

Royce has observed that more Black people are interested in learning about their history and ancestors, including the facets of spirituality. While some skepticism remains, there’s still a healthy curiosity.

This timing may align with Black people finally getting credit for their some of their previously hidden contributions.

Royce said there are even traditions we practice where the history or intent may be unclear, but it’s something that connects back to Black history. Think about Black people’s more upbeat church services or why there may be hoppin’ john and greens on New Year’s Day in a Black household.

Learning about Hoodoo will aid in some of that understanding, she feels.

The result of this quest for knowledge, which Root Magic helps address, may yield paramount results for future generations of Black children.

“The fact that we’re determining there were Black people in so many aspects of history and we’ve had so many contributions, I’m hoping that gives Black kids an idea that we were important,” Royce said. “Hopefully in the future, those Black kids can go to school and just have that confidence of knowing, ‘Hey, I can be. I can be everything and anything that I want.’”