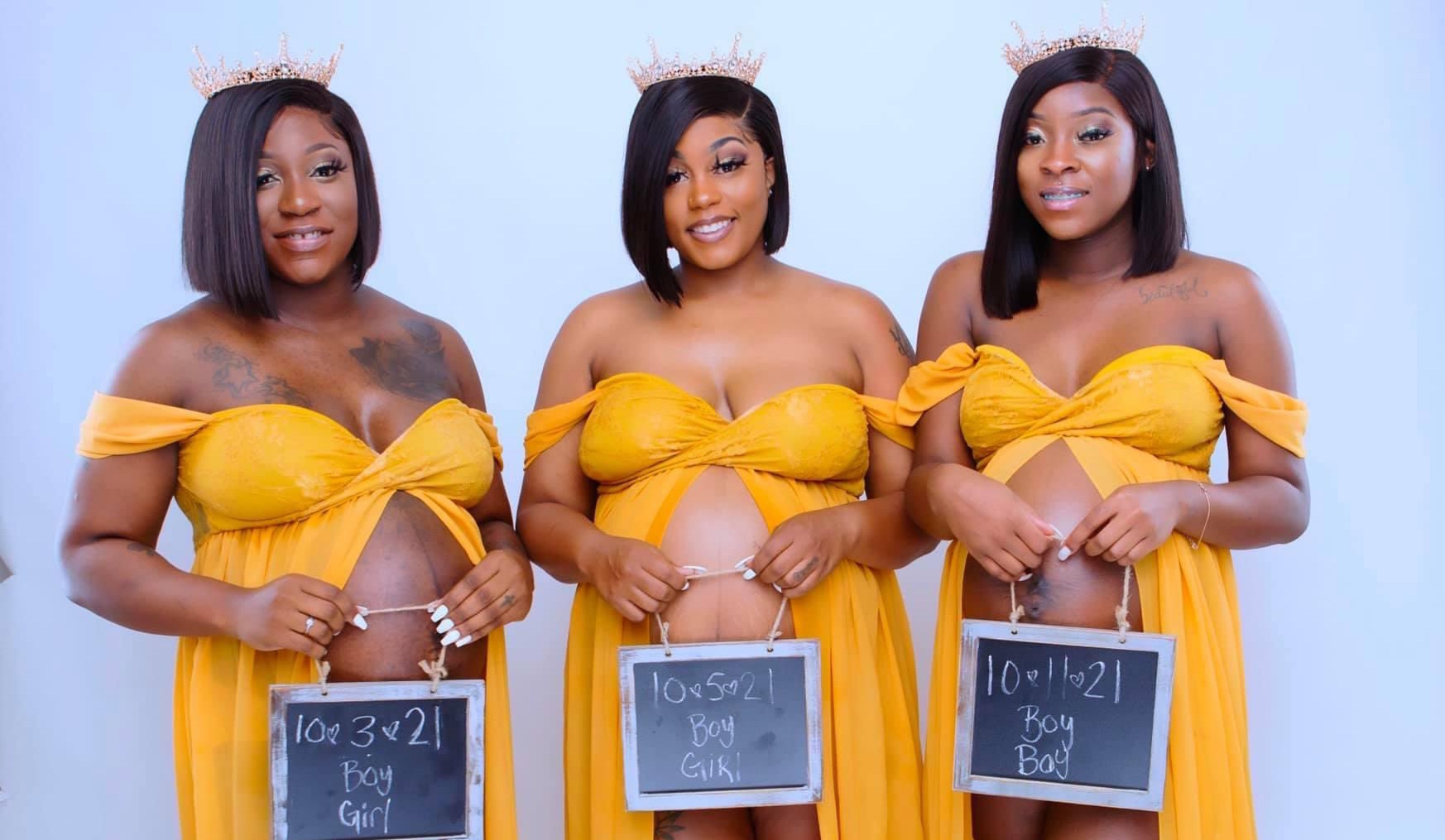 You don’t get any closer than this.

When Janeshia Wilson posted on social media that she was pregnant with twins, it didn’t take long for her cousin Courtney Harper to also share the news about her own twin pregnancy.

Then, their cousin Melody Stubbs revealed on social media that she, too, was expecting twins.

The trio of Mississippi cousins became more like sisters upon learning they’d be delivering two babies, respectively, within days of each other. They are each due in early October, which would put them somewhere within the second trimester.

It sounds too good to be true, but the relatives say they did not plan this remarkable coincidence. Twins are also uncommon in their family.

As happy as they are, their connection is also bound by pain of the past.

Harper, Stubbs and Wilson are also currently pregnant with their rainbow babies. Each of them suffered a miscarriage previously, and it made them naturally anxious.

“When I first got pregnant, I was scared,” Stubbs told Mississippi’s WLBT-TV.

Wilson confessed that there are good and bad days emotionally, describing it as a “rollercoaster ride.”

In spite of the trepidation, the close-knit cousins, who will also share the same doctor, have each other.

They started a group chat to provide support, inspiration and anything else the other may need on this journey. The cousins are grateful they will experience it together.

“I’m not afraid anymore because I’m not alone,” Stubbs said.