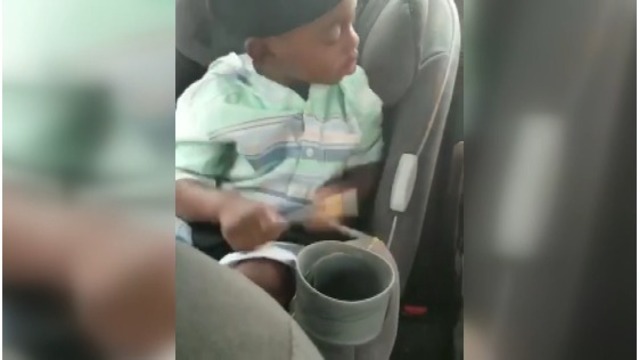 Deuce Haston is gifted on the drums.

The 3-year-old boy from Mobile, Alabama, is so amazing that he can play in his sleep.

On June 30, his father Dominicke Haston captured it on video. Deuce’s #SleepingDrummer clip became an internet sensation, with more than 1.1 million views. Deuce rocked in and out of sleep while drumming spurts of rhythm to Donald Lawrence’s gospel song “The Best is Yet To Come.”

The video was shared thousands of times, and many social media users were moved by the musical toddler.

“It’s a good thing to know that somebody this little can bring so many people just a smile,” Deuce’s mother Phebe Haston said in an interview with the family’s local television station.