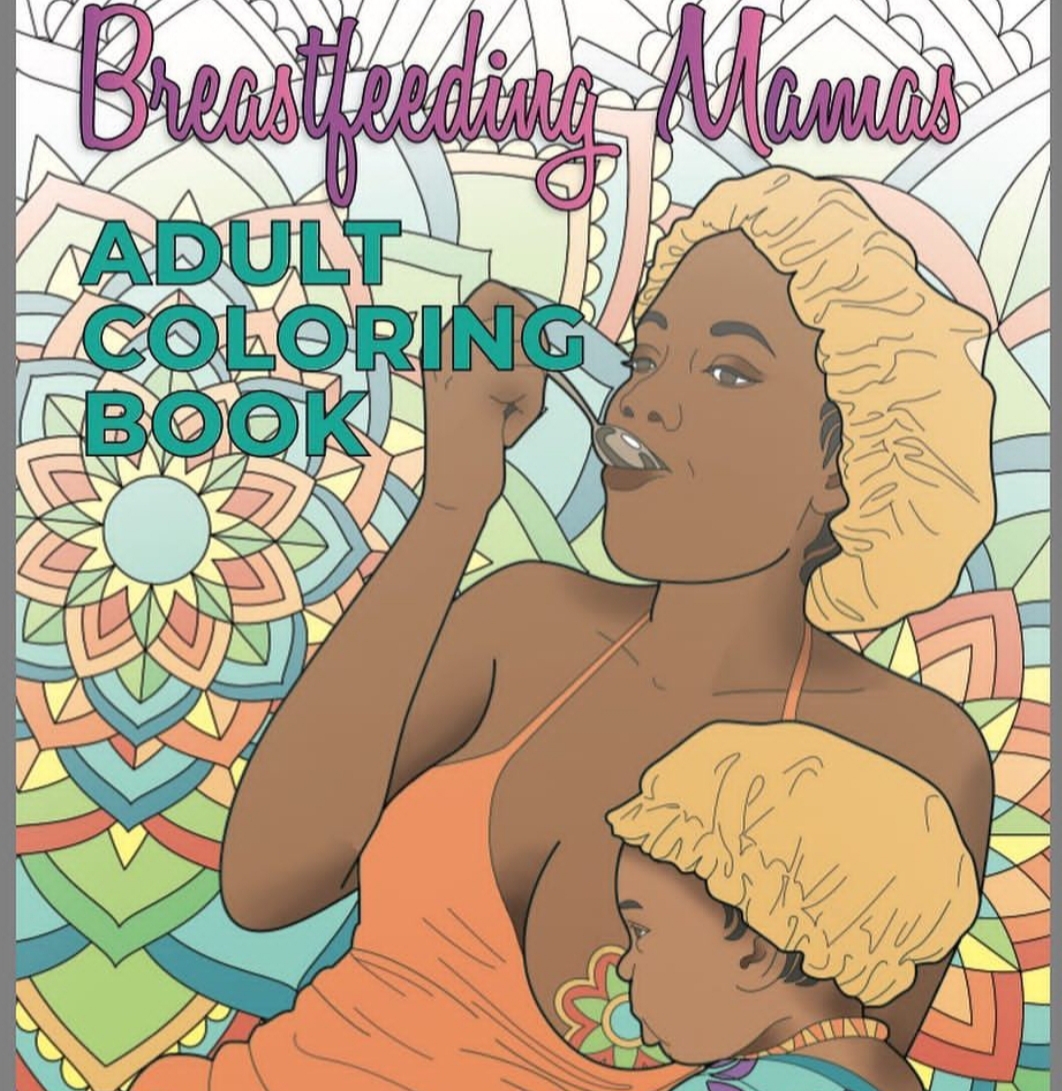 Seven days in the hospital after a mental breakdown taught Chenae Marie a lot.

After battling depression, she learned how to find happiness.

After feeling purposeless, she found herself.

The 28-year-old Baltimore, Md., mom also found one activity most therapeutic during her stay three years ago: adult coloring books.

“It was something I really gravitated to,” Marie told Hey, Black Mom! “It made me feel less stress, less anxiety. It just allowed me to not even think about anything going on in my life — I could literally focus on that.”

When Marie had her daughter, she figured something else out. She realized how much society shunned breastfeeding, to which she quickly responded by becoming an advocate to normalize it.

But that wasn’t enough. Marie wanted to find a way to combine two new-found passions.

On Nov. 12, she will release Breastfeeding Mamas Adult Coloring Book, featuring real-life images of black breastfeeding mothers. Within the interactive project, each bold, zentangle illustration will be accompanied by an affirmation and breastfeeding fun fact.

Marie, who is now accepting preorders, said her goal is to provide an outlet for others to de-stress, be empowered and learn.

“How can I combine the two avenues of mental health and normalizing breastfeeding?” she said she asked herself. “I went through different ideas and (the coloring book) was the one that spoke to my soul the most. I could have had an illustrator come up with pictures, but no. I wanted to reach out to different women who were standing for the same thing I’m standing for. I wanted to come together, get their permission and use these pictures to create the coloring book.”

Representation matters, which is why Marie focused on using images of women of color to empower and educate.

“I want them to see this as something that is beautiful and natural and not just automatically go to formula because that’s all that they’ve been taught,” she said.

The cover image may look familiar to you. It’s a viral photo of Marie and her 18-month-old daughter Leilani in handmade mustard yellow bonnets. Marie is casually eating a spoonful of ice cream on the couch while Leilani enjoys a nursing session.

The image went viral in April.

“I was shocked, I was so shocked,” said Marie, who weaned last month. “Honestly, I mean, this is what it’s for. I want to start a conversation. …Whether it’s good or bad, it’s the topic of conversation. It made me feel food, it made me feel empowered.

Marie is a customer service associate by day, but she was able to balance her full-time job, single motherhood and getting the project off the ground with great help from her mother and stepfather.

Marie’s illustrator lives in Italy, for instance, so she was grateful when her mother could watch Leilani while they handled business.

Marie is curious to see “how much it strikes people” once the book drops in November.

“I want no more for it to be selling out left and right at all the book shops,” she said.