Beyoncé is a ‘real’ mom, and we didn’t need the Grammys to show us 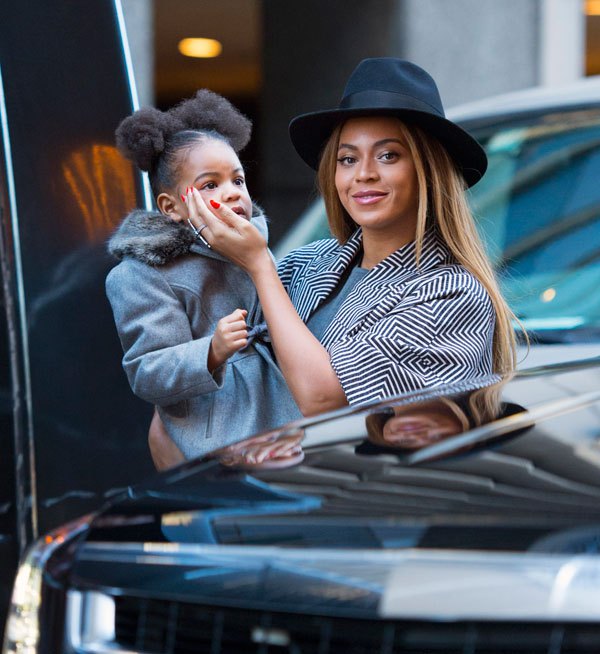 The internet lost its head when a mother pulled out snacks for her child at an awards show.

Well, this mom just so happened to be Beyoncé.

And the show: Er, the Grammys.

In the middle of the most high-profile music event in the country on Sunday, Bey pulled a juice box and snacks out for Blue Ivy. She held the goodies while her 6-year-old daughter indulged. Dad Jay Z seemed to also enjoy a bite.

The richest couple in music were being parents, and people couldn’t contain themselves.

They were entertained. They were blown away. They said the pictures should go in a museum.

One headline even read that Beyoncé gave her kid snacks like a “real mom.”

She’s wearing $6.8 million worth of diamonds, but who cares? Beyonce clutching Blue Ivy’s juice box is everything. pic.twitter.com/G6v5LUy8pg

I get it. It’s Beyoncé. People react to everything she does. And I’m OK with that. I admire the world-renowned artist and entertainer that she is. I respect the empire she’s built.

But let’s not diminish what else she is: a mother.

Beyoncé, 36, has three children in Blue and her months-old twins Rumi and Sir. She may have eight nannies for each kid. Her body may have snapped back after being pregnant like she never was, but that doesn’t mean she isn’t a mother. It just means that’s her level.

Indulge in the adorable moment that the Grammys gifted, but don’t act like this is definitive proof that Beyoncé is a mother.

She’s had other public mommy moments. Like when she seemingly had to check Blue at the 2016 VMAs, igniting fire under Black Twitter’s fingers. Or when she danced with Blue with the Eiffel Tower in the background for an adorable mommy-daughter photo shoot.

Wearing $6.8 million worth of diamonds to the Grammys or not, duty still called on Bey.

If there’s anything the latest Beyoncé moment reveals, it’s this: It doesn’t matter who you are, being a mom is being a mom.