The story behind one toddler’s viral side eye 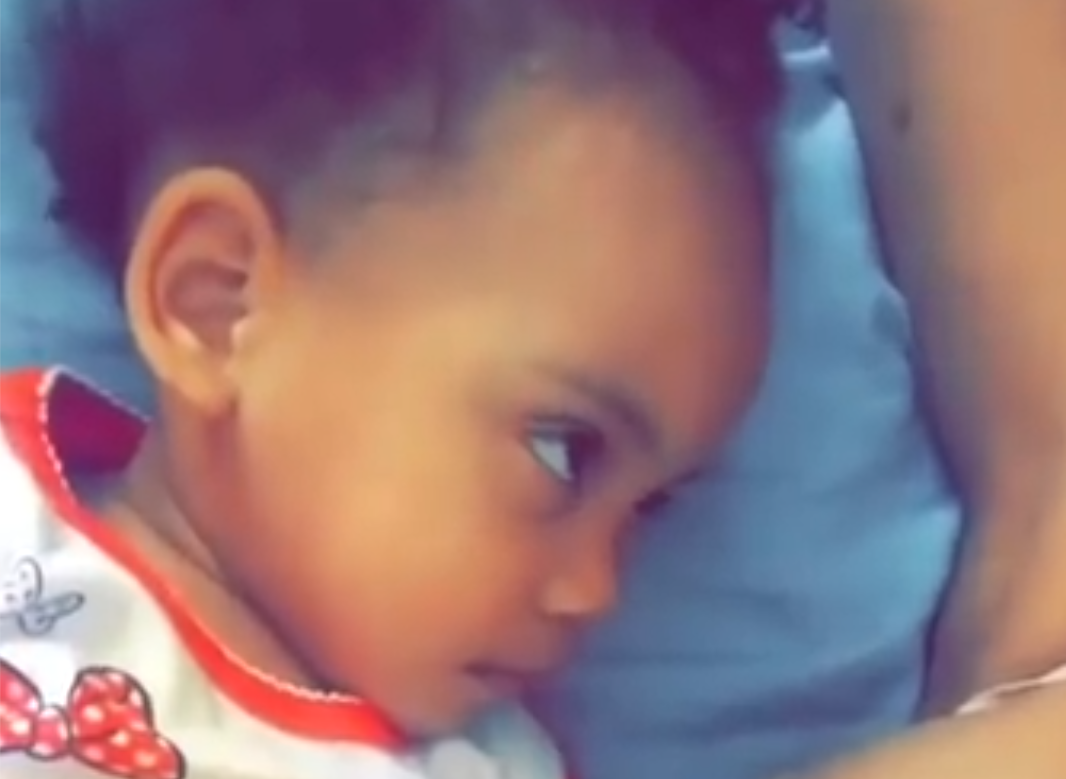 Yakeema Boudreaux needed a break from breastfeeding. It didn’t have to be long, so she hoped a simple distraction would buy her a couple of hours.

She got that much-needed break – plus, a viral video.

Boudreaux of Canton, Michigan, recorded her 19-month-old daughter Nia’s reaction to the band-aid method. That’s when breastfeeding mothers cover up with band-aids as a weaning tactic.

Nia wasn’t feeling it. She gave Boudreaux the side eye of the ages when she pulled her shirt down to reveal flesh-colored deceit, as seen in a video on mommy Boudreaux’s social media pages a month ago.

Boudreaux, who breastfed each of her three children, said she wasn’t expecting that reaction from her toddler.

“She’s very feisty, so I’m surprised she didn’t take it off,” said Boudreaux, who runs The Motherhood Chronicles. “Right after that video, I laughed at her. I let her watch the video and she laughed at herself.”

The clip buzzed around for days; rapper Snoop Dogg reposted it on Instagram. The video collected 5.8 million views on Facebook.

Boudreaux, who created custom #SideEyeNia T-shirts, said she got both positive and negative feedback. Some criticized her for cutting Nia off too early, while others were excited to try the method.

Nursing mothers showed support, too. They understood why she needed a break.

Boudreaux suspects she coped with post-partum depression from her first daughter, who is now 6. She also used band-aids with her, weaning completely at 14 months.

“Although I will say I did feel kinda bad because this is all she knows, I was getting to the point where I was overwhelmed,” Boudreaux said. “It was hard for me. When I started having those same feelings for Nia, I’m like, I know I’m giving her what’s best, but mommy’s tired. I’m going through a lot right now. I’m actually going through a separation as well, so that’s hard.”

So far, whenever she uses the band-aids on Nia, Boudreaux gets that break.

Because it’s cold and flu season, she hasn’t been consistent with it. Nia nurses to go to sleep and stays latched through the night.

Boudreaux sited the lack of freedom as her biggest challenge in breastfeeding a toddler.

“They’re so active. She wants to do the Breastfeeding Olympics,” she said. “She’s climbing but she still wants to be on the breast. For Nia, she does not go to sleep without it, …and she has to stay latched all night. I’m like, ‘Oh my God, I’m tired of laying on my left side.’”

Boudreaux became a breastfeeding advocate after the surprising backing from her great uncle after her first child was born. Other relatives weren’t as supportive.

For any mother who sees the adorable #SideEyeNia video, Boudreaux hopes they take away this message: “Do what works for you and your child regardless of what other people think.”