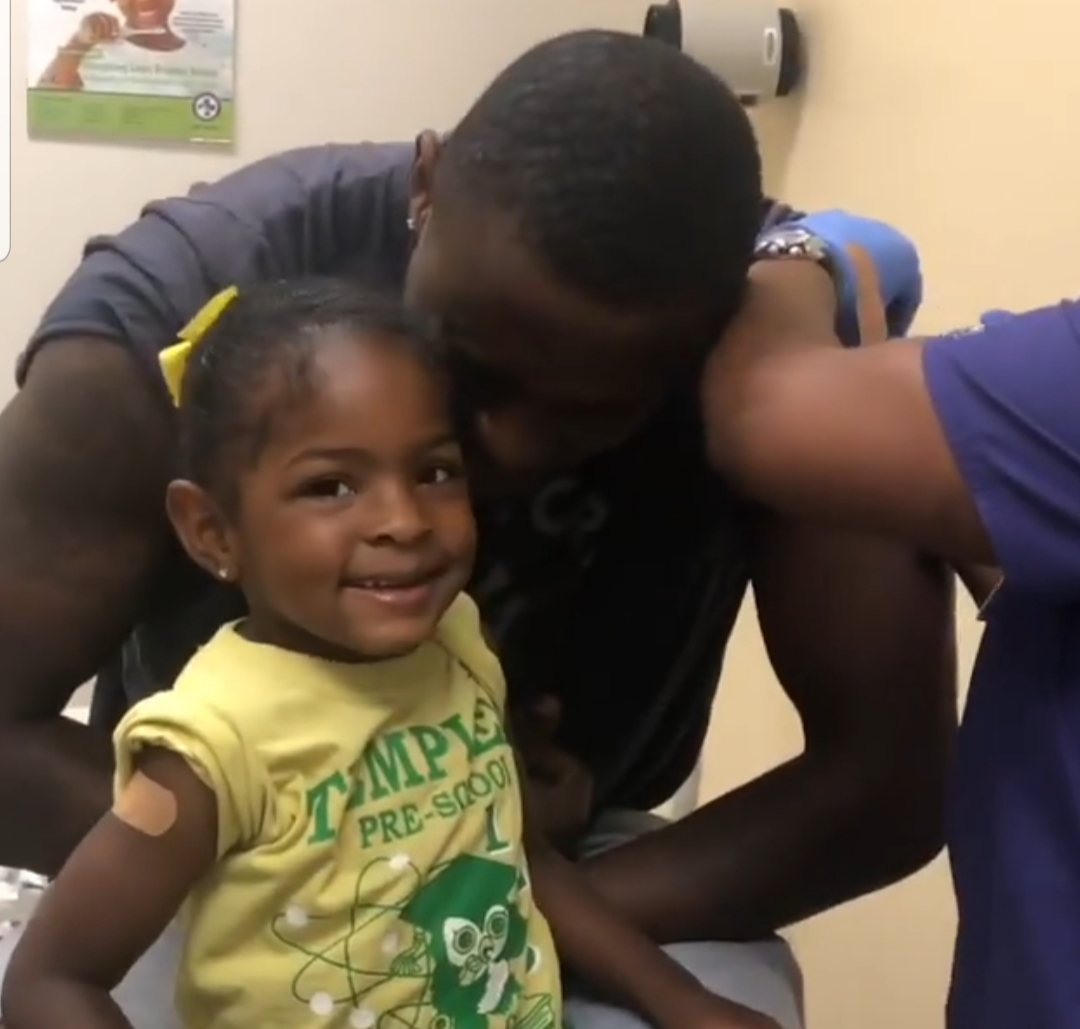 Sitting behind his daughter on the doctor table, a father received a couple of fake shots so that the 4-year-old could brave the real deal.

In a sweet video posted to Instagram earlier this month, Caleb Smith’s tactic worked to ease any anxiety his daughter Codi may have had upon getting two shots.

The nurse in the video first wiped Smith’s arm and pretended stick him. He instructed his young daughter to look away from the injection and made an amusing, high-pitched noise as he got the fake shot.

“This ain’t nothing,” he said. “Man, that thing hurt a little bit.”

When it was Codi’s turn, she mimicked Smith’s noise and took the real shots like a champion — no tears after either one.

When it was over, mom Tana Smith, who was recording, praised her for doing a great job.