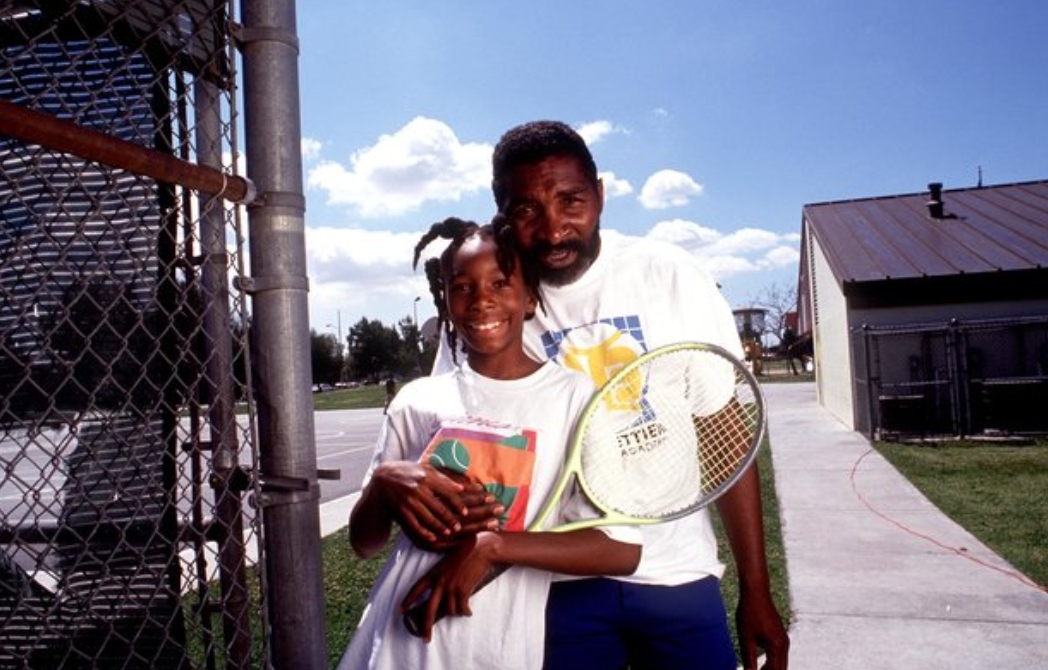 At that point in a television interview nearly 25 years ago, Richard Williams had had enough of a reporter questioning his 14-year-old daughter’s confidence. In a clip that resurfaced Monday, a young Venus Williams asserted her confidence several times.

When the reporter asked why she felt so confident in her tennis ability, Richard Williams intervened, the interviewer’s “why” toppling the father over the edge.

“Let me tell you why,” he interrupts. “You’ve got to understand that you’re dealing with a image of  14-year-old child.”

Richard Williams walked closer to the reporter, eventually bending down in his face to get his point across.

“And this child gonna be out there playing when your old ass and me gonna be in the grave,” he said of Venus Williams, a future Olympic gold medalist who dominated to a 63-0 tour record by the time she was 12. The Lynwood, Calif., native was ranked first among Southern California’s under-12 players. On Friday, she will play her sister Serena Williams in the Grand Slam tournament, which will be the 30th time Richard’s daughters will have played one another in the span of their stellar careers.

“When she said something, we ‘done told you what’s happening,” he continued in the vintage clip.

“You’re dealing with a little black kid, … let her be a kid.”

Watch the 54 seconds of magic here:

This video of Richard Williams defending Venus’s confidence when she was 14 yr old is the best video on the internet pic.twitter.com/NqnCRJsLLf