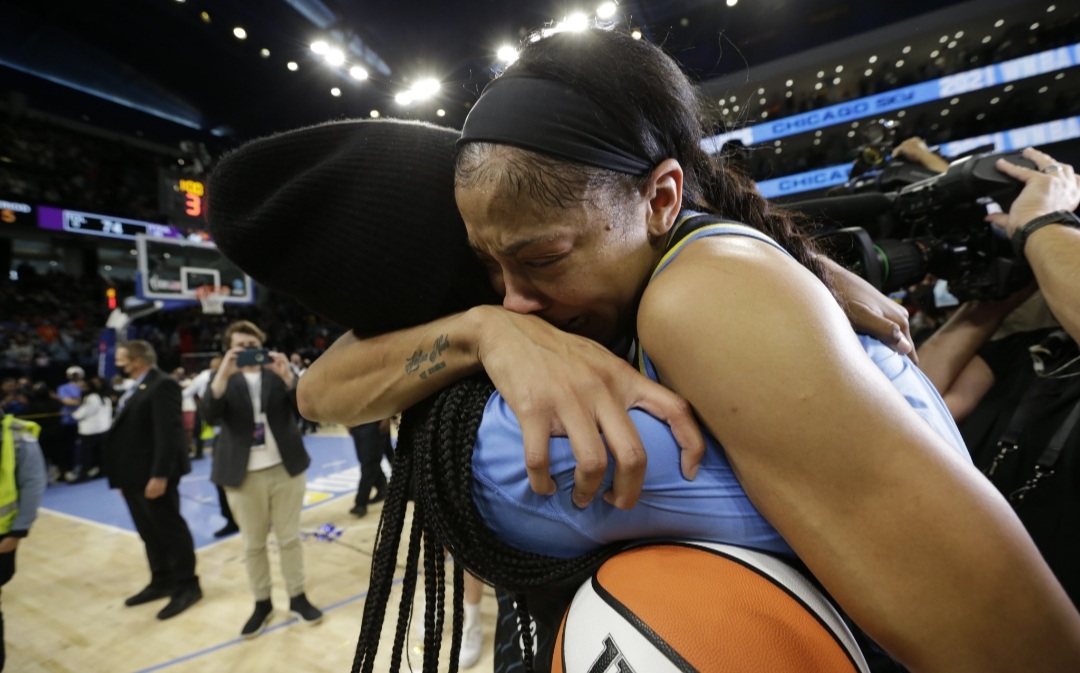 Candace Parker was on the verge of tears before the game was set.

She knew she was about to win another WNBA title, this one as special as the first from 2016.

And when Parker summoned her 12-year-old daughter Lailaa Williams across the floor after the game, the emotion was clear.

She embraced her daughter, who along with Parker is a co-owner of the new pro women’s soccer team Angel City FC , hugging her tightly as the tears fell down her cheeks. Parker then draped her arms over Lailaa as they walked off the court.

“I owe everything I am to her, just because she’s been my motivation and my reason for everything,” said Parker, who previously won a championship with the Los Angeles Sparks with Finals MVP honors. “We’ve gone through this together, you know? She sacrifices her mom so that I can live my dream. I just am so thankful for her, that she’s here for the big moments, but she’s also here when I don’t want to get up and go work out – she sees those moments.”

Parker scored 16 points in Sunday’s Game 4, including the game-tying 3-pointer late in the contest. She left the Sparks this season after 13 years with the franchise, returning to her hometown Chicago.

Parker said she has a photo of a 7-year-old Lailaa on the court in Minnesota after the Sparks finals victory over the Lynx. It brings back memories of her young daughter’s excitement.

And on Sunday, Lailaa got the picture she wanted after her mom became a Chicago champion.