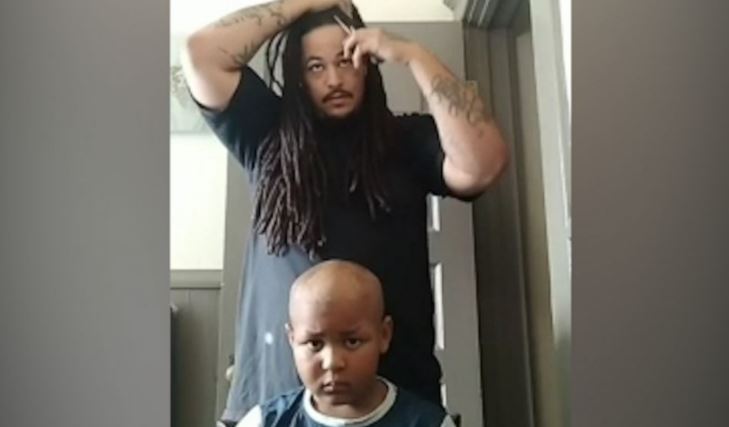 Rayshawn Mims, an Akron, Ohio, father, wanted to show his son how he’ll always have his back.

In August, his 7-year-old Ahkeem was diagnosed with osteosarcoma, a rare form of bone cancer.

Ahkeem lost his hair while undergoing chemotherapy, and it bothered him.

“Anything that you go though, I’m gonna go through with you OK?” Rayshawn Mims said in a livestream video on Sept. 16.

After assuring his son’s strength for cutting his hair, Mims took the clippers to his own head, cutting off his dreadlocks that were down to the middle of his back.

“So I’m gonna cut my hair so we both go though it together.”

Ahkeem sat dejected during the video, but a glimmer of hope broke through when his father asked how his own shaved head looked. Ahkeem simply nodded his approval.

Ahkeem’s parents took him to the emergency room in August because they though his knee may have been sprained. He was later diagnosed.

His mother Shannae Mims started a GoFundMe to assist with costs because she had to take an extended leave of absence from work. She wrote because Ahkeem’s chemotherapy compromises his immune system, it puts him at a higher risk for COVID-19. She has four other children.

Rayshawn Mim’s live video received more than 600,000 views, and the family has raised more than $43,000 through the GoFundMe page.