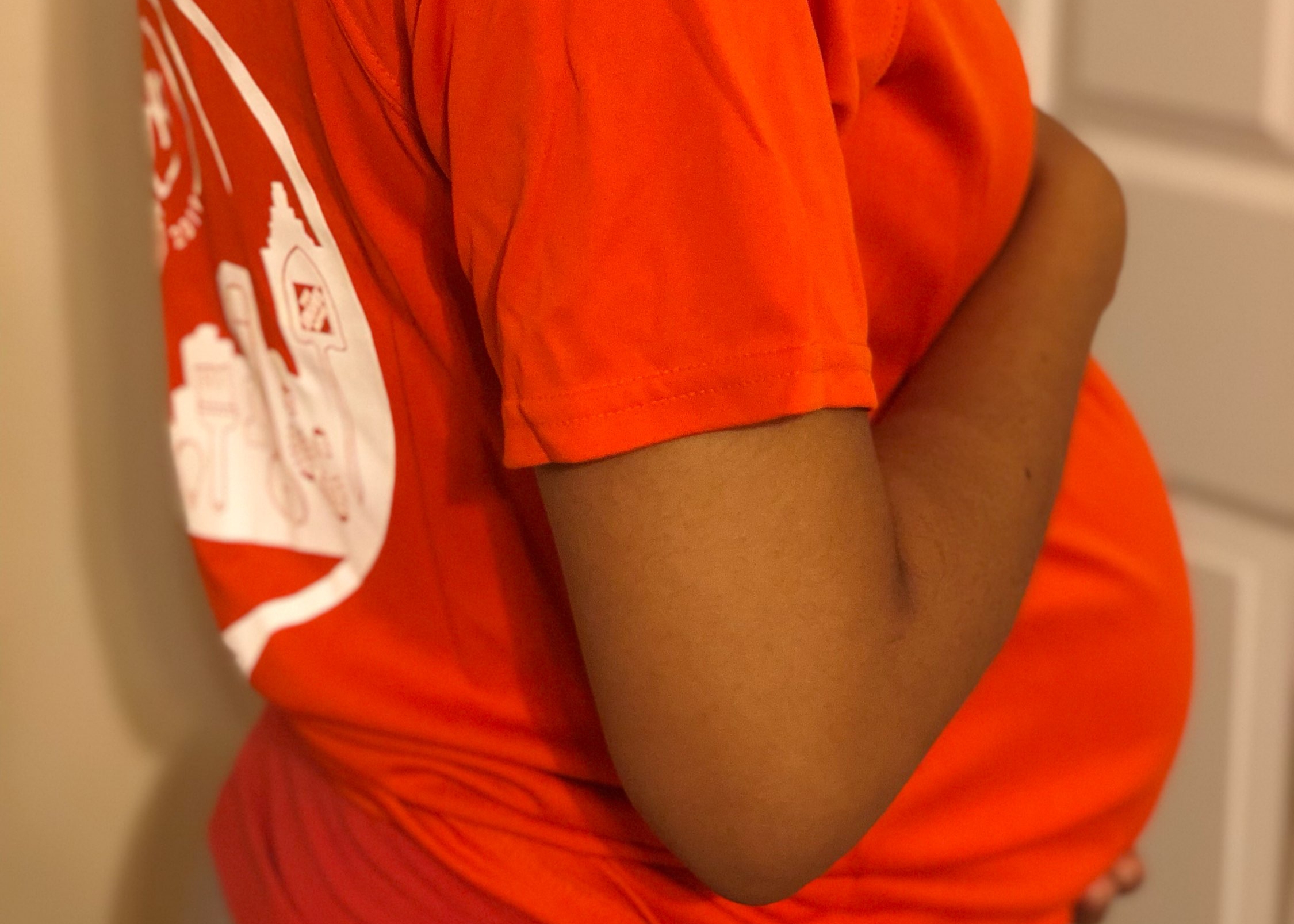 On Thursday, I’ll be participating in my first Peachtree Road Race — and I’ll be doing it six months pregnant.

The world’s largest 10K is expected to attract about 60,000 people the morning of the Fourth of July, and I’ll be right in the fold. Though I plan on walking the entire 6.2-mile stretch, crossing the finish line would be a major physical accomplishment.

I have some experience in the 5K realm (I’ve won my age bracket in two 5Ks before). Not only is this my first PRR, but this would be my first 10K.

Here’s what I’ve done the past couple of months to help me and my bump prepare for the renowned race from Buckhead to Piedmont Park:

It had been a while since I trained for any kind of race. My first trimester was basically hell, and I thought it would never get better.

The pregnancy was a bit kinder to me when the second trimester started, so I was able to get out to walk more frequently. My job has a walking track, and I’d walk the radius of my neighborhood on my work-from-home days.

My belly band was an absolute necessity during my walks, especially as baby Luna grew.

I started by trying to walk a mile at least three times a week, putting a heavy emphasis on the try part because some days I was just too sore, achy and pregnant to walk. I took it easy because my body said so.

Once I got used to that mile, I bumped it up to two miles. The goal was to be able to comfortably and consistently walk two miles by June. Mission accomplished.

In the two weeks leading up to the race, I wanted to raise the stakes to three miles — about half the race. This was only a bit tougher. I had to stop here and there when walking three miles, but I was able to always finish enough to feel comfortable with doubling up on race day.

The goal was to get used to a long stretch of walking, but I’d say walking through the Miami Zoo for two hours in May was plenty practice.

Early in my pregnancy, I would do silly things like forget to eat or drink. Don’t do this: it increases your chances of passing out in somebody’s barber shop (speaking from experience here). I had to make it my business to eat and drink water throughout the day before starting any kind of training. Once I reached a point where I felt completely comfortable with my hydration, I walked more confidently.

There were still days I had some slips and went a morning without water, but I’d push my walk back to a later time until I felt fully hydrated.

My meal before every track meet in high school was a big plate of spaghetti. Why shy away from tradition?

I had a plate of meat-free spaghetti with whole-grain pasta and leafy greens the night before the race. My PRR breakfast will include a parfait, banana and hard-boiled eggs. I need to be properly nourished before getting out to walk.

Also, I made sure to stock my fanny pack with preggo snacks if needed along the course.

My 64-ounce water bottle seemed excessive once I put it in my fridge, but I was stuck with it.

This was probably the most important hurdle.

Obviously, I’m not trying to set a personal best here. Plus, the anticipated high temperature has triggered a race alert.

Before committing to the course, I had to unconditionally accept that I may not be physically able to cross the finish line. If this baby or my body say I can’t finish, then I’d have to throw in the towel and be OK with that. Of course I want to finish, but I’m not in any way going to push my limits.

This will be an exciting adventure!

I’ve never experienced the race as a spectator, either. My husband Phil, who will be walking alongside me, used to walk through the contest every year. He mentioned how lively the environment will be. I’m looking forward to being there, staying safe and hydrated and running in the world’s largest 10K.

We’ll be sure to take lot of photos to later show who will be our two little girls. Maybe it will become a family tradition.