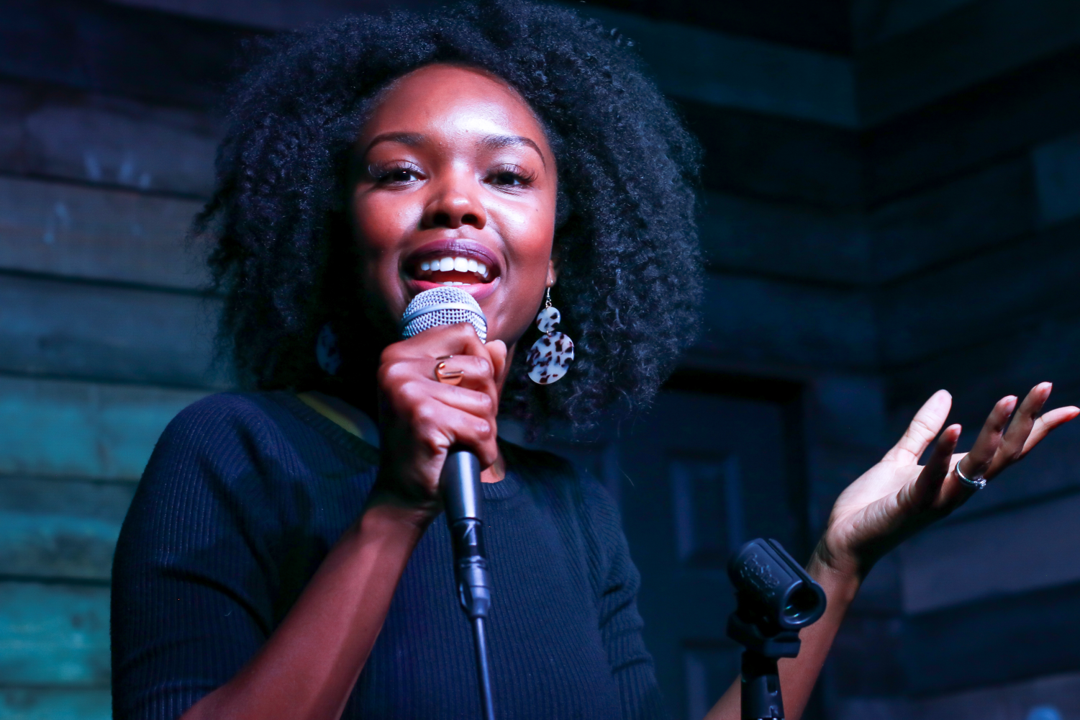 When she was 20 weeks pregnant with her first child, Jazmyn W. recorded a video note to her future postpartum self.

The Los Angeles-based comedian and creator asked herself a series of questions as a way to manage her expectations upon entering motherhood.

Expecting Jazmyn asked future, new mom Jazmyn if birth would be beautiful. Would it be traumatic? What would happen to her boobs after the baby?

She had an answer in mind for some of these questions when she recorded the first video, but giving birth nearly three months ago shattered all expectations she had of the journey.

“My expectations were ripped apart,” said Jazmyn, who had her baby nine weeks early. “I was really trying to not be delusional about what to expect from pregnancy, what to expect from giving birth and being a new mom. But I knew that you don’t really know what you’re going to go through until you experience it.”

Jazmyn expected a natural birth. She didn’t anticipate having a glass of wine while breastfeeding. She didn’t even foresee motherhood as part of her online content, which offers relatable, comedic relief through the lens of a black woman’s experience.

Giving birth allowed her to step into her power and embrace one simple concept: do what’s best for you.

“Before I had a baby, I said I’m not going to create content about being a mom because I don’t want that to be my identity,” Jazmyn admitted. “But the reality is after having the baby, it’s part of who I am just like anything else. For it not to be part of my content doesn’t make sense, because I make content about everything else about me.”

Jazmyn, who is originally from Dallas, Texas, began her career in comedy about eight years ago. After graduating from college, she had aspirations of being an entertainment news reporter. When she landed a corporate job as a human resources business partner in tech, the creative in her needed an outlet. Jazmyn began moonlighting as a stand up comic.

In August of 2019, she said she and her now-husband had a conversation about committing to comedy full time. She left her job — and the COVID-19 pandemic hit a few months later.

Jazmyn shifted her comedy to online platforms, growing her TikTok following to more than 1.7 million. Going digital not only allowed her to broaden her audience, but it also gave her a unique opportunity to narrow her potential fan base down to Black women.

“Everybody can enjoy it, but I make content for people who look like me, because growing up, I felt I was the only person who felt this way about this, insecurities about my hair or confidence about my hair. The things I experienced…,” said Jazmyn, who also hosts the Colored Couch Conversations podcast. “It’s fun and I learn a lot from the Black women in my comments, too.”

While Jazmyn plans to incorporate the essence of motherhood into her future videos, her alone time with the baby has made her curious about a few things.

What does she even say to a newborn when things go quiet? Will they see her as a comedian or simply the steady caretaker? How will Jazmyn’s jest in comedy merge with her compassion in motherhood?

She doesn’t have all the answers right now, but she knows for sure she has an outlet to tell the story.

“There’s beautiful things about being a mom, but I’m probably not going to talk about those things. …What’s the nitty-gritty part of motherhood that we can laugh at?”