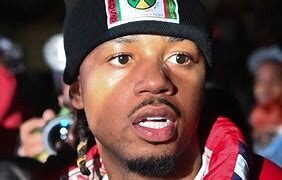 Rap producer Metro Boomin’ is asking for privacy during a horrific family tragedy.

Over the weekend, his mother Leslie Joanne Wayne was murdered by her husband, who then reportedly killed himself, according to TMZ. The man was not Metro Boomin’s father, and his identity has not been revealed.

Metro, who was born as Leland Tyler Wayne, has made hit records for Future, Young Thug, Drake Gucci Mane, Kanye West and many other high-profile artists, was raised by his mother in St. Louis, Missouri. The 28-year-old has three siblings, and his mother was a key motivation in his music career.

TMZ reported that Wayne would drive young Metro from St. Louis to Atlanta to connect him with artists, hoping to jump start his career.

As he reached international stardom, his mother was always top of mind.

In a 2016 cover interview with The Fader, the renowned rap producer said, “My mom wanted to give me a name where, no matter what I wanted to do, I’d be able to do it.”

In light of the tragic news, many from the rap community publicly offered the family condolences across social media.