Mom of multiples coping with loss, life after baby Bella 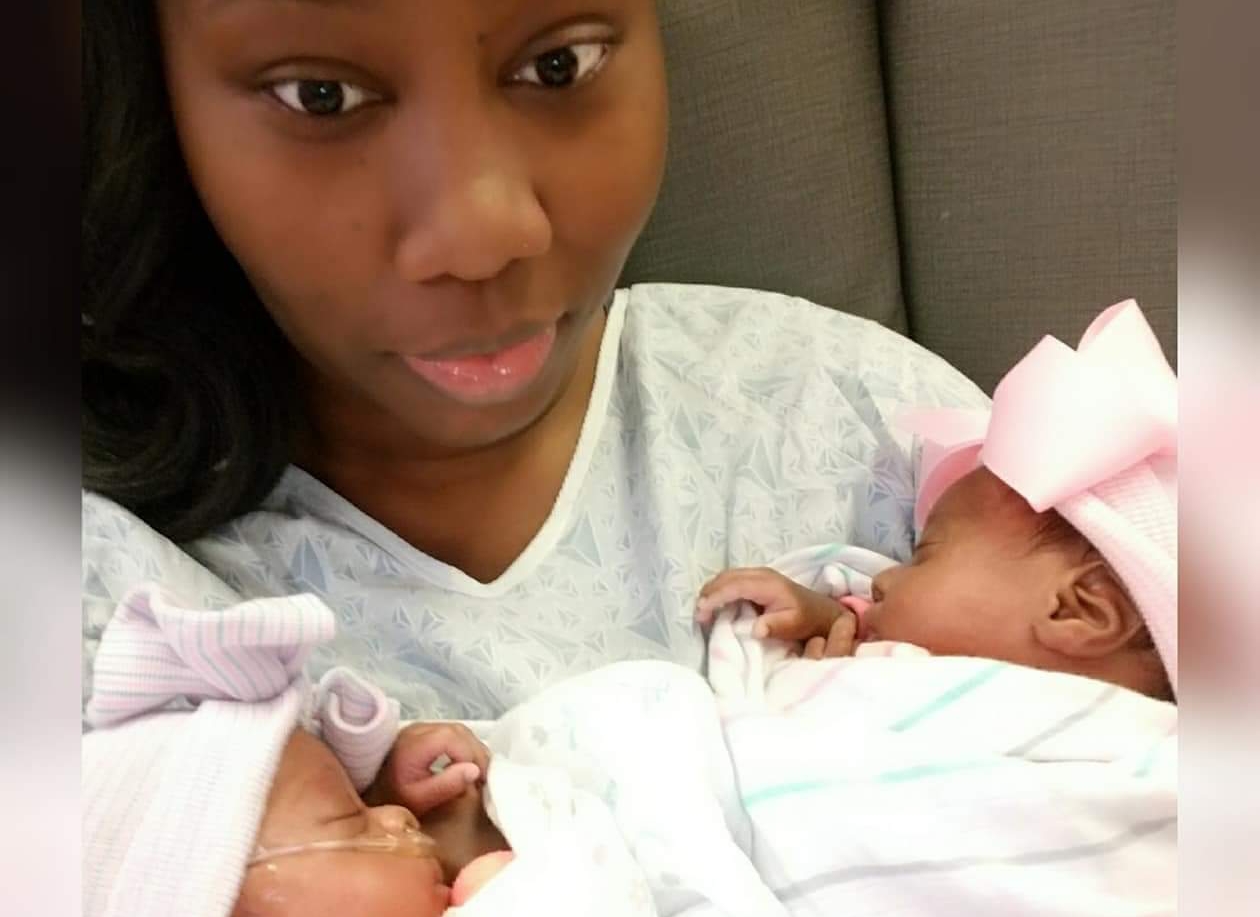 Nicole Riley and her baby Bella seemed destined for one another.

Before Riley got pregnant last year, she posted socially about naming her next daughter Bella.

Two weeks later, she found out she was having girl triplets.

“I knew that Baby A’s name was Bella,” Riley told Hey, Black Mom! “I hate to say it, but Bella was my favorite. I felt like I had more of a connection with her.”

A moment Riley, a Memphis, Tenn. mom of eight, envisioned for so long took a tragic turn in June.

Riley only brought home two babies after Bella died in her arms at 11 days old.

She built a strong social media presence behind her “My Triplets Journey” tag, so the stay-at-home-momtrepreneur continued to update her followers after the insufferable loss because she found the worldwide connections helped her cope.

Riley, 36, knew she would have the identical triplets early, and her prognosis was correct. She delivered by emergency C-section at 28 weeks on June 8, baby Bella’s decreasing heart rate behind the doctors’ quick actions.

Carrying multiples is high risk; triplets are born on average at 33 weeks, and any born weighing less than 5.5 pounds is considered a low birth weight, according to Babycenter.com.

Bella, along with her sisters Brooklyn and Bailey, was born just over 1 pound. The triplets spent weeks in the neonatal intensive care unit (NICU), and the trips to and from Memphis’s Sheldon B. Korones Newborn Center emotionally drained Riley.

“Any little milestone that they got over was an accomplishment, I don’t care if they gained 1 pound. I was happy because I know how NICU can be,” she said. “I tried to cling to any good moments.”

Riley couldn’t hold her babies for several days. She first embraced Baily and Brooklyn but waited longer for Bella.

The morning doctors cleared Riley to hold Bella, she and her partner Cedric Williams met a heartbreaking update. They told the family Bella had an infection.

When Riley arrived expecting the highly-anticipated moment with Bella, the newborn had a breathing tube attached to her throat. The baby was on 100 percent oxygen.

Doctors informed Riley they were doing everything to keep her alive.

“Never once did I think death was an option,” Riley recalled. “I hear about babies getting sick in the NICU, but the doctors got it. It happens. It’s part of the process.

“To hear the doctors say at this point we’re just trying to keep her alive long enough for the antibiotics to kick in, that kind of freaked me out.”

Riley believed with all her might that her baby would make it. She said she talked to God, believed in the medicine and spoke good health into Bella.

But as her oxygen and heart rate continued to decrease, doctors offered one final suggestion.

“She hands her to me. I start talking to her,” Riley pushed out through tears.

“This is the first time I’m holding my baby and she’s dying.”

Riley realized it was selfish to ask Bella to fight the pain, so she told her to let go.

Her last words to her: “Mommy’s going to be OK, you did a great job. I love you and I’m going to miss you.”

“Then my baby took her last breath in my arms,” Riley said, “and they unplugged the machine.”

Riley’s life was forever changed after Bella’s loss. Not only did she have to endure the NICU with two other babies, who recently went home healthy and weighing more than 4 pounds, she had to break the news her other children. She discussed it with Tyler, 17, Lawrence, 15, and Madison, 14, but not with her toddlers Ava, 5, and C.J., 4.

Riley was prepared to bring three babies home. She had three of everything— six of some things. She gave some of the items away to pregnant relatives, but others were too hard to part with.

Bailey and Brooklyn are also often mistaken for twins. It bothers Riley, who admitted she has compared herself to other triplet moms with complete trios. She is deciding whether or not she wants to explain the devastating loss each time.

“It has been bittersweet,” Riley said of bringing Bailey and Brooklyn home. They spent 56 and 63 days in the NICU.

“I had been looking forward to this moment from the time I found out I was having three babies,” she said. “Everything I envisioned, none of it is how I saw it. Now, I’m having to adapt to my new reality that I only have two babies, and they’re not twins, so it’s difficult.

“Yes, I am finally done with the NICU, but it’s a constant reminder that I don’t have Bella.”