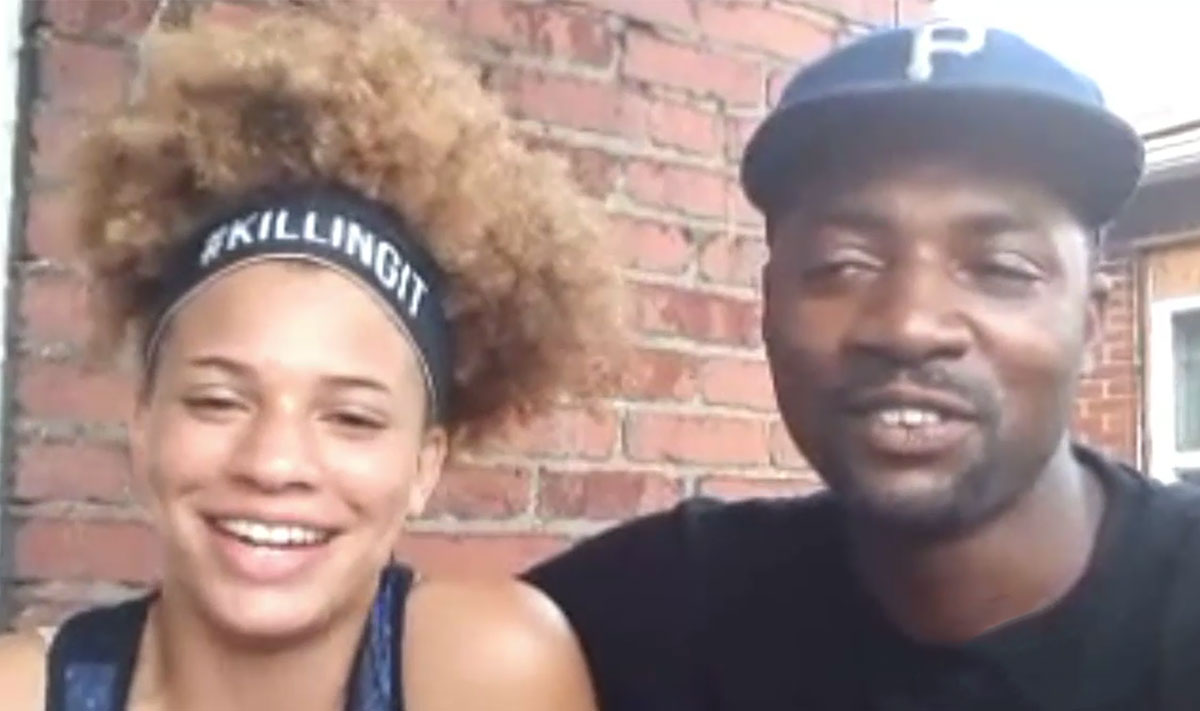 Ricky Smith didn’t want money to stand in the way of his daughter getting the eighth-grade formal she wanted.

The Pittsburgh dad worked three jobs to make sure it didn’t.

In June, he surprised his 14-year-old daughter Nevaeha Smith with a $200 dress he at first wasn’t sure he’d be able to afford. The fatherly gesture, which mom Kellie Flemming captured in a viral video, brought the teenager to tears.

“I just don’t want people to think just because you don’t have the money you can’t make your kids happy, because you can,” Ricky Smith, who balances jobs at McDonald’s, Popeye’s and the Circle K convenience store, said during a Skype interview with CBS.

Nevaeha Smith rocked the dress for the school dance on June 15.

The video shows a nonchalant Nevaeha sitting in a fast food restaurant when Ricky Smith approaches her with a garment bag.

“This ain’t the dress you wanted but I hope you like it,” Smith said.

He begins unzipping it to reveal his daughter’s two-piece dream dress. When Nevaeha gets her first peek, her jaw dropped. She then embraced her father with a hug that lasted more than 30 seconds, crying in his arms. She took another brief look at the dress as if it were unreal.

“I’m grateful that he found a way to get me the dress and I really appreciate how many jobs he worked,” Nevaeha said in the CBS interview.

The dress may have been out of the family’s budget, but Nevaeha’s sweet reaction was priceless.