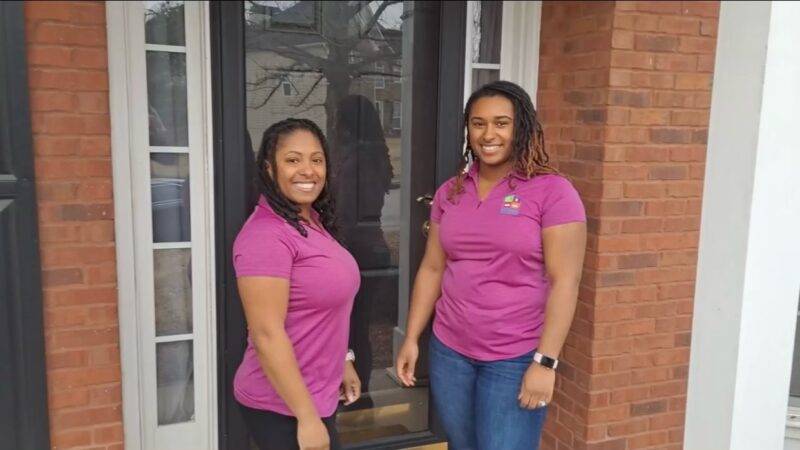 When clients see clutter, Alexia Ford sees solutions and something to conquer.

In 2016, Ford launched Passion Organizing to help individuals and companies organize, declutter, pack, unpack and clean their spaces. Not only does Passion Organizing’s services help clients clean and transform their environments into spaces that work best for their lifestyle, but also helps clients establish new habits for maintaining an organized lifestyle.

As a parent, you have an endless amount of responsibilities. You have to work, cook, clean, take care of the kids all while making sure you’re taking care of your personal needs. At the end of the day, where is the time to devote to organizing?

“You take everything you do on a daily basis and figure out how long it would take to devote hours organizing your home, when you can hire someone who doesn’t have all the distractions that you have, someone that does not have the emotional attachment that you have, to come in and knock that space out in a week, seamlessly,” Ford said in an interview with Hey, Black Mom!

Clearing clutter from the home and work environment results in a better ability to focus and process information, as well as increase productivity.

For the 39-year-old mother of two, organizing is therapeutic.

Growing up, Ford’s mom had always been what she describes as a clean freak. Her mother would notice a crumb on a clean marble counter. Ford believes this may have rubbed off her.

When she had her daughter Theresa at 15, Ford was constantly cleaning, making sure her daughter didn’t get into anything she wasn’t supposed to.

At Ford’s corporate job, her desk was just as tidy — so tidy that her coworkers would ask her to come to their house to help organize.

When Ford realized her passion for cleaning and organizing, she left her job in corporate and her job of 15 years working at a pharmacy to pursue professional organizing as a full-time career.

Her decision to leave her two jobs wasn’t easy. Coming from a family that was fearful of taking risks and being a perfectionist and planner herself, quitting her two jobs was something she hadn’t imagined. When she wasn’t feeling as fulfilled doing her jobs, she talked to her friend Armond explaining her dissatisfaction.

“He basically was like, just quit. What do you mean ‘just quit’? Like I can’t just quit,” she said.

When her friend said she was scared of everything, she realized he was right. From that day on, Ford vowed to conquer new things and not allow fear to hold her back and stop her from living the life she wanted.

Passion Organizing originally started in Ohio, where Ford was located at the time. She was taking care of her grandmother that had been diagnosed with Alzheimer’s. When Theresa moved to Atlanta after graduating from University of Findlay, she decided to make the move too and continue her business in Georgia.

“We have the same maiden last name. And so [Goldson’s] like ‘I wonder if we’re related?’” Ford said. “We start talking about where our families are from and the high possibility that we are related.”

After connecting and partnering with Goldson, Ford joined NABPO as the ninth member hoping to learn more and connect with other professional organizers of color.

Now, NABPO has over 100 members. With the growth of the organization, Ford became NABPO’s client liaison where she connects potential clients with organizers from NABPO who are in their area.

“I call him my muscle,” she said. “Whenever I have a client that has a lot of items that I know will need to be moved from one room to another, [Jaylen] will assist. If my client needs some type of furniture assembled, he will assist in that as well.”

For those who might be embarrassed to show their homes, Ford says they shouldn’t be nervous when hiring a professional organizer.

“Everyone needs help sometimes. Most organizers are going to understand and they are not going to judge you.”

“Don’t be afraid to make the investment in themselves because they deserve it,” Ford said.