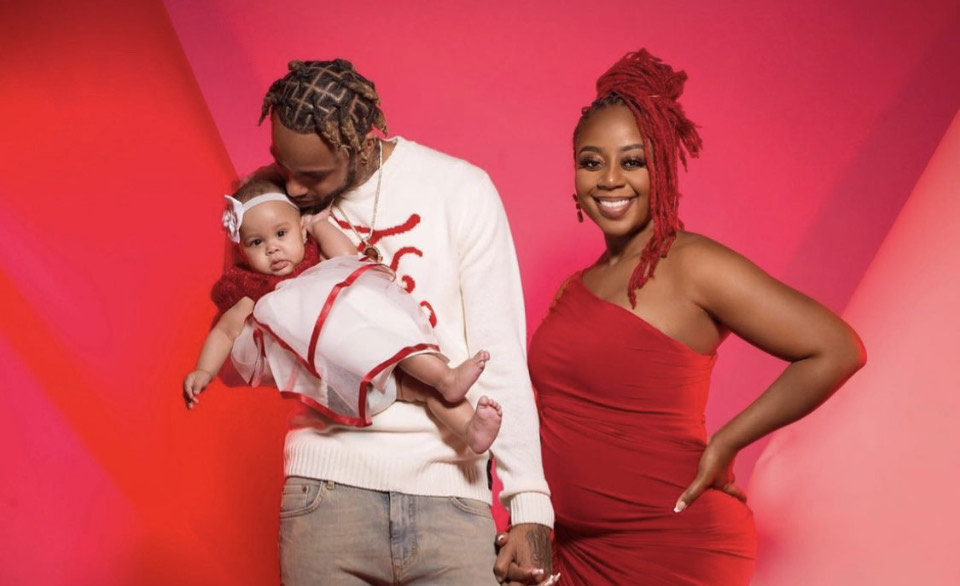 Without her village, Pinky Cole wouldn’t be able to do what she loves.

The couple named their daughter D Ella Hayes, a unique way to make her a junior.

On Valentine’s Day, Cole posted a pair of stunning pregnancy images to announce that she is expecting her second child.

Cole, who rose to fame after her vegan junk food restaurant took off in 2018, is enjoying life as a new mom but understands her support system is key to balancing life as a working mother.

“I am so fortunate to have my mother and Derrick’s mother, as constant support in our household,” Cole told PEOPLE in an exclusive interview. “We are both so very busy growing our food empires, we wouldn’t be able to do what we love without our village.”

Cole is also the owner of Bar Vegan, which features cocktails and vegan munchies. Hayes is the owner and operator of Big Dave’s Cheesesteaks.

Though he isn’t vegan, he supports his partner’s plant-based lifestyle and her decision to introduce it to their baby.

Baby D is fully vegan. Her mother described her as a calm baby who is smart, funny and a joy to be around.

“Everyday we learn something new about her and it brings us closer together,” Cole said