So, you think you want twins? Here’s what it may be like 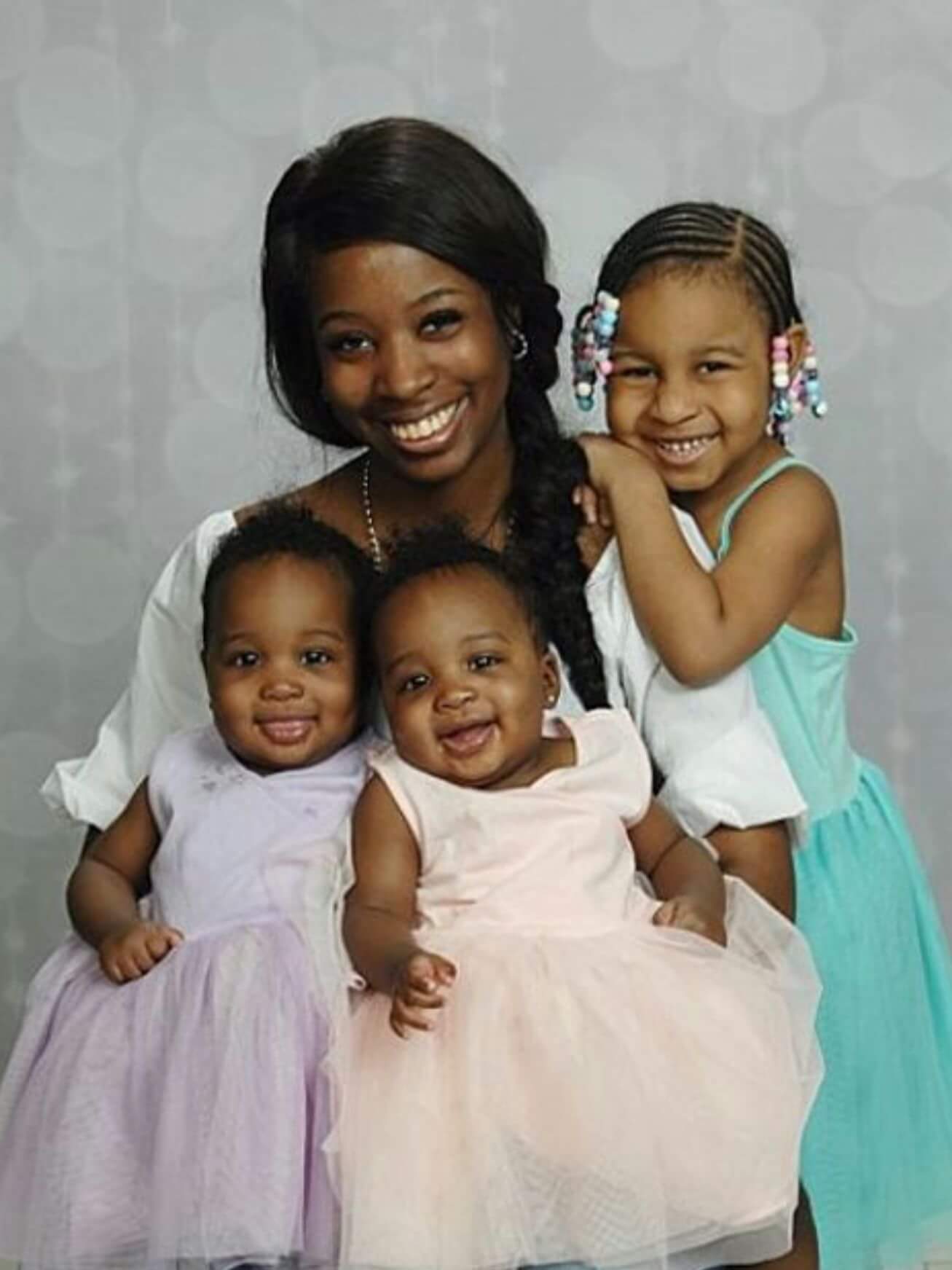 It’s something that even crossed my mind before I had my daughter: Twins would be nice. I love twins so much. I wish I were a twin. Wouldn’t having twins be great?!?!

Turns out, none of us know what we’re talking about — unless, of course, you have twins.

Since Queen Bey made her surprise announcement on Feb. 1, the volume of these I-want-twins conversations have vastly increased.

Double the blessing is a beautiful thing, one that only happens three out of every 100 births in the United States, according to Babycenter.com. Between 1980 and 2009, the country’s birthrate for double the fun has risen nearly 76 percent.  Still, how much do you really want twins?

Hey, Black Mom! talked to a fellow melanin mommy who does.

Jas Terrell, 23, is the mother of 8-month-old baby girls Kehlani and Kaia. And like Beyonce, Terrell, too, has an older daughter. Her first child Chloe is 4.

Terrell said, jokingly, her first reaction to Bey’s news was, “She doesn’t know what she’s getting herself into.”

“Having twins is having everybody remind you that you have twins,” Terrell said of her identical babies. “Every time you go out in public, it’s like being a celebrity. It’s like I’m Beyonce.

“Everybody wants to talk to you and look at the babies. They don’t realize how intrusive it is.”

Terrell, who runs Chic Hair By Jas in Baltimore, Maryland, said her mother always had a hunch that she was holding twins. And Chloe was included in every step of the journey.

Upon finding out she was having twins, which she thought was a joke when the ultrasound technician revealed it, Terrell started crying.

Her father is a fraternal twin, and Terrell is the youngest of five and the first of the siblings with twins.

She had her fingers crossed for a boy and girl but is happy with her trio of princesses.

Carrying twins, Terrell revealed, is obviously nothing compared to a single.

“You get bigger faster. Two months, and I was visibly showing,” she said. “It just took a toll on my body more than what Chloe did. Every pregnancy is different, but it was very different. I had excessive swelling.

“I was always hungry times two.”

Terrell had a dramatic, emergency delivery, suitable for fine cinema, as she described it. Kehlani and Kaia, now the healthiest double dose, were born prematurely. The babies, born seven minutes apart (Kehlani first), were labeled A and B, and Terrell already picked out the names. She was drawn to names that started with a ‘K’ and that were compatible with her older daughter.

When Terrell got home with her new bundles, telling them apart was the first challenge. The babies also met milestones at a different pace and have separate personalities; Kaia is bossy, while Kehlani is more laid back.

“One came home after the other, so I kind of got used to her face,” Terrell said. “One has a round face, one has an oval face.”

Terrell doesn’t set a schedule for her twins, who fall asleep before midnight on most days and wake up between 8 and 10 a.m.

“I always said when I was a child that I wanted twins, but I didn’t realize how much responsibility it was,” she said.

Her advice to moms expecting twins was to “take time for yourself and breathe. I literally mean that. Sometimes, you just have to take a step back and relax yourself. For a new mom, it can be terrifying. Ask for help when you need it because you will.”

Terrell frequently shares photos, articles and just plain old knowledge related to motherhood, parenting, twinning and everything in between.

The pestering repetitiveness from strangers can be annoying, for sure, but that doesn’t compare to the joy in Terrell’s household.

I’m willing to bet she’d trade nothing for her beautiful girls.