She was a teen mom who found a winning formula. Dr. Charlene Lawson used fashion and chemistry to create her dream job. 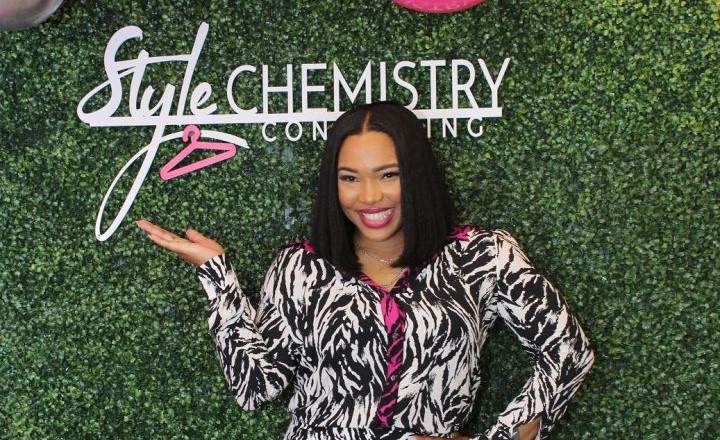 Chemist to wardrobe stylist – Dr. Charlene Lawson has the formula for fashion.

Even as a little girl, she had a love affair for fashion. In high school, Lawson took advanced classes and excelled in math and science.

Not only was Lawson a bright student, but she was also best dressed.

After becoming a mother at the age 14, Lawson realigned her goals to do what was best for her family. She put her plans of pursuing a career in fashion to the side and decided on a more traditional route in academia.

But if you fast forward to today, Lawson found a way to use her smarts to bring her longtime passion to life.

She launched her fashion company Style Chemistry Consulting, which blends fashion and science to create a series of formulas designed with busy, working women in mind. She started the business after going back to school to earn a certification in personal styling.

When it comes to college degrees, less than 2 percent of teen moms earn a degree before the age of 30.

“The odds were never stacked in my favor,” Lawson said in an interview with Voyage Houston. “Many people did not expect me to amount to much of anything, but I decided that I would not let my past dictate my future.”

In 2005, she enrolled at Howard University in Washington, D.C. The young mom buckled down, got focused and kept moving forward in the right direction.

A few years later, she earned a Bachelor’s in chemistry. After graduation, Lawson was offered a full scholarship through NASA to pursue a PhD in chemistry.

In 2014, the small town “diva” from Warrenton, Virginia, was officially Dr. Charlene Lawson.

Lawson began her work as a chemist in the oil and gas industry in Houston, Texas.

As a fashion lover, Lawson would always show up to work in a power suit or killer dress with heels. Her attire increased her confidence and gave her the armor she needed to walk into any boardroom and own it.

While working, Lawson met many accomplished women who were confident in their professional skills, but struggling with personal style.

Many colleagues would approach her and ask where she got her clothes. Some would even ask her to go shopping with them. For a while, Lawson helped her colleagues and cleaned out a few closets to make space for clothing that made them feel confident and look like the boss women they really were.

Seeing their confidence shift and realizing how much she truly enjoyed fashion and empowering women to be the best version of themselves inspired Lawson to start her company.

Today, the proud mother of two sons is styling women in-person in the Houston area and virtually across North America.

In addition to styling, Lawson is passionate about speaking to young women on the importance of higher education, particularly in STEM fields.

“As a chemist, I would say that the world of STEM is in dire need of women leaders, in particular, women of color,” Lawson said. “We need fresh, new perspectives in the science world, and I personally feel that women have the key.”