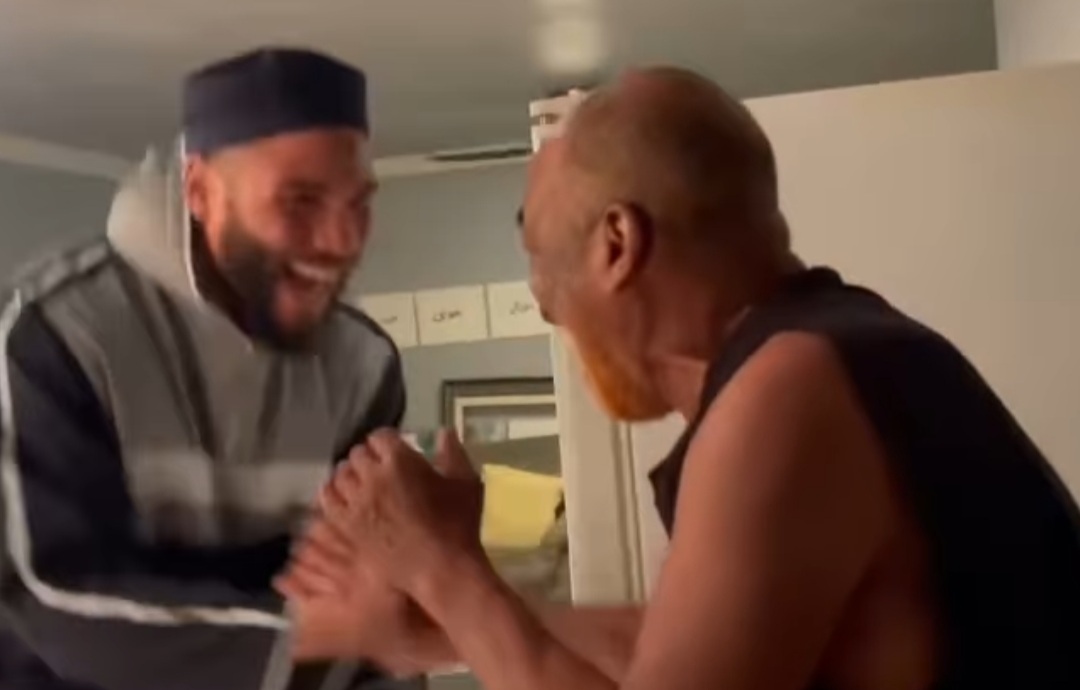 After more than 18 months apart, twin brothers Muhammad and Musa Abdul-Aleem couldn’t help getting together for one of their favorite pastimes: pranking their father.

Dad Rashad Adbul-Aleem, 65, didn’t suspect Musa would be in town; his visit was meant to be a surprise, according to a viral video that starts with the twins’ playful embrace after the extended time apart.

The clip goes on to show the 32-year-old brothers outlining their plan to trick Rashad. Musa, a professional basketball player who spent the last year competing in Qatar, switched clothes with Muhammad as they approached their father’s home.

He was sure to take off his glasses, which would have been blown his cover. Musa held his 2-year-old nephew, Muhammad’s son, as he approached the door, even asking Rashad if he’d recently “talked to Musa lately.”

The real Muhammad hid out to record what wound up being a heartwarming reaction. When he walked through the door and surprised Rashad, even he had to ask, “Which one’s Musa?”

“He loved it,” Muhammad told Hey, Black Mom! in a message.

“We have pranked him before, but this one was the best.”

The twins, the excited toddler and their father couldn’t contain the laughter. They got him good, but he was thrilled to see Musa.

Musa hadn’t been able to visit due to COVID-19 restrictions, so he remained overseas in Qatar. This twin has played pro basketball in several countries, including Venezuela, Chile, Uruguay, Greece, Saudi, Lebanon and Mexico.