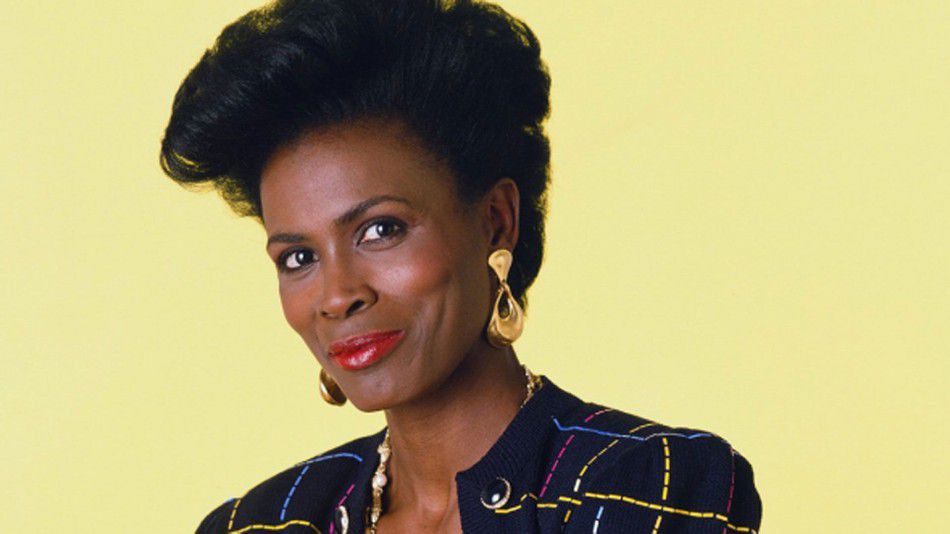 She was a mother, friend and ally. And no matter how deep into LA’s foothills money took her, she never forgot where she came from.

Aunt Viv never backed down without an answer, and she always stood up for the right things.

She and her regal threads graced our television screens for three seasons as Vivian Banks on the hit 90s sitcom The Fresh Prince of Bel-Air. She’ll forever be in our hearts the Original Aunt Viv.

The actress who played her, Janet Hubert, was fired from the show after three seasons. The remaining three seasons featured Daphne Reid as Aunt Viv, a replacement we never got over because she didn’t have the same no-nonsense flare.

Hubert may have channeled some of her own personality when playing the character. She didn’t mince words — and she often hasn’t when discussing Fresh Prince of Bel-Air after her departure — when responding to a cast reunion photo Alfonso Ribeiro, who played her son Carlton on the show, posted on his Instagram Tuesday. It, without James Avery (Uncle Phil) who passed away in 2013, featured the second Aunt Viv, and Hubert called Ribeiro a “media hoe” and slammed the picture on a Facebook post that has since been deleted.

The Original Aunt Viv was real, raw, compassionate, ambitious and, not to mention, WOKE.

Remember when she had everyone in Will and Carlton’s predominately white classroom hip to Black church hymns; she was filling in as a Black studies teacher at their school. Or when she called out Will for thinking that reading Malcolm X’s autobiography three times was enough to make him understand the Black struggle.

How about that time when the parents of Ashley’s bully visited the Banks home.  The hood jumped right out of Aunt Viv as she stood up for her youngest daughter.

“Too many big words?” the girl’s mother asked, patronizing Aunt Viv. Her response as she gracefully placed her glass of wine on the table and stood: “Naw, Ms. Thing, but I got a couple small ones for you!” 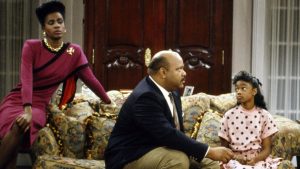 Aunt Viv had it all right. She never defended her children and nephew if they were wrong (like the new Aunt Viv did), but she never let anyone walk all over them, either.

When an all-white police station held Will and Carlton after profiling them as car thieves, Aunt Viv came through and tore it up. The officers couldn’t fathom the idea that two young Black kids could have a Mercedes-Benz that wasn’t stolen.

She never backed down to Uncle Phil, who only thought he ran things. The Banks house was under Vivian’s rule.

She kept everyone in check and wasn’t afraid to open up about her past, especially if it provided a teaching moment for someone else. When Will got too close to a girlfriend that couldn’t garner his aunt’s approval, Aunt Viv met the girl on her level by sharing a story about her personal struggle. She followed a boy and dropped out of high school, forced to work a hotel job at night while getting her diploma. The lesson: don’t chose boys over getting yourself together first.

How much did Aunt Viv rise, you ask? She wound up with a PhD from UCLA.

And she was always chasing dreams, while maintaining her household and family. Not to mention, she was one of the few dark-skinned black moms on TV.

One of the most classic Aunt Viv moments was when she turned a mid-life crisis into a hip ballet number that made you go, “Daaaaaaammmmn!” In a skin-tight, pink body suit, Aunt Viv danced her ass off and upstaged a pair of young white hotties who doubted her. Elegant coif, high cheekbones beneath a sea of melanin, gold hoops and all!

In 2016, a young ballerina in New York perfected Aunt Viv’s dance in a viral tribute.

We can gush over the Original Aunt Viv all day. We’ve all, whether intentionally or not, learned a thing or two from her thought-provoking run as one of the most iconic black moms in television.