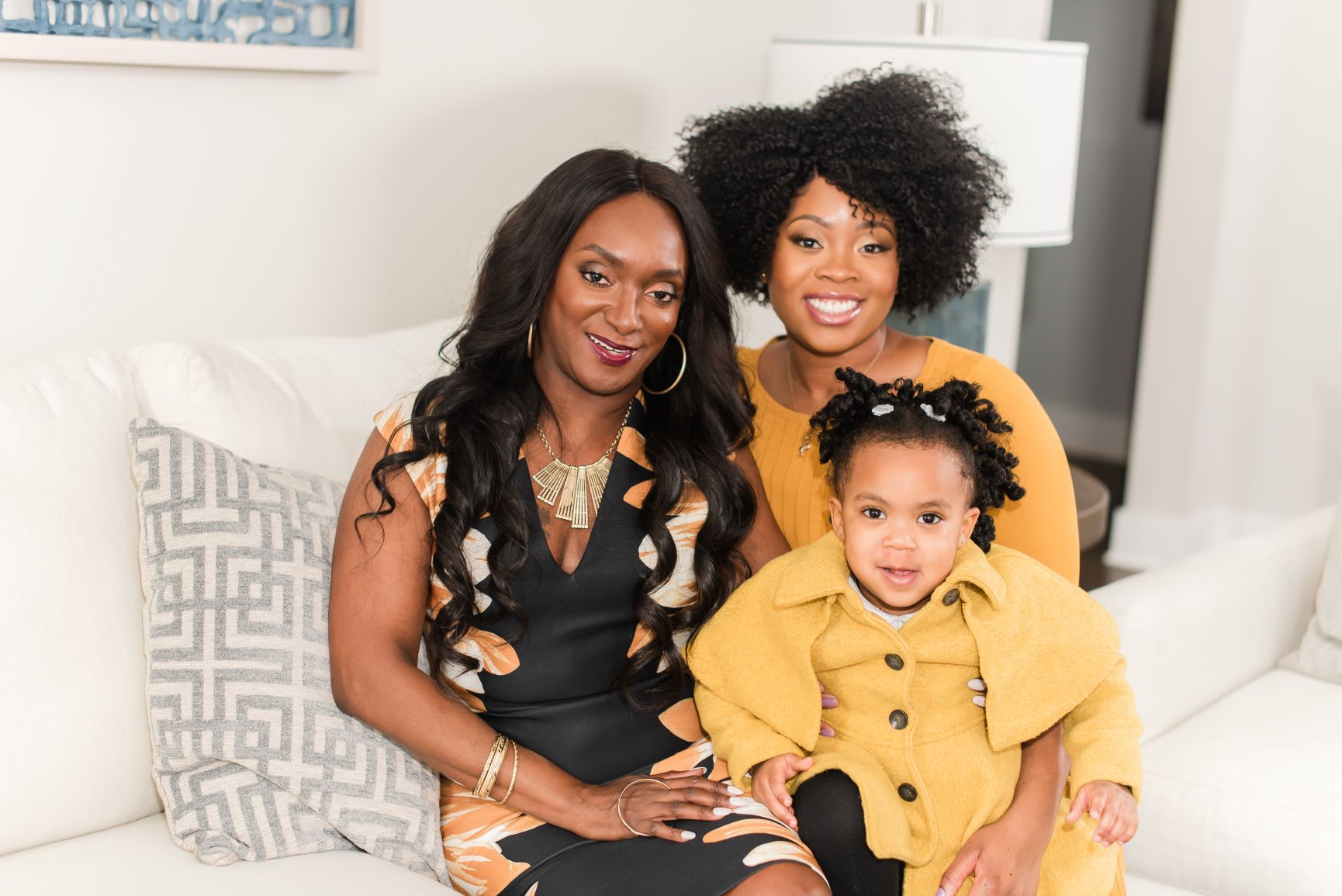 Zaria’s Milk is a lactation cookie company that started three years ago as a simple gesture of kindness.

Phyllis Caldwell-George made a few cookies to help her daughter-in-law Brianna Holland with her breastfeeding journey.

Even after months of planning for the birth of her baby and having familial support plus breastfeeding knowledge, Holland struggled to produce breast milk for her daughter Zaria.

She knew she wanted to exclusively breastfeed for at least six months. She took classes and ordered her pump ahead of time.

But when Zaria arrived, it wasn’t so easy.

She was born with respiratory issues that kept her in the NICU away from her mother for the first 30 hours of her life.

The time away from her mother made it harder for Zaria, who is now 5, to latch. Even with around-the-clock pumping at home, Holland felt like her supply wasn’t keeping up with a healthy baby who was quickly growing.

She researched lactation supplements but was skeptical about the contents of pre-packaged treats. Holland discovered three key ingredients once she stripped it all down:  flax seed, brewer’s yeast and oatmeal.

She gave Caldwell-George, a passionate baker, the list with no expectations, hoping she can create something to help her reach her breastfeeding goals.

It didn’t take long for Caldwell-George, known affectionately to Zaria as Gigi, to whip up the first batch of delicious homemade lactation cookies, which increased Holland’s supply.

Holland was able to reach her breastfeeding goals with the help of the cookies, but she knew this couldn’t be the end of the story. Caldwell-George had already started making cookies for others and getting a healthy amount of positive feedback.

She said she was sitting on a beach in Jamaica when she started researching what it would take to get started. Next came social media pages. Then one day, Holland got a text from Caldwell-George informing her that Zaria had her own company.

Zaria’s Milk, based in Winston-Salem, N.C., features a range of homemade, made-to-order treats created with lactation-boosting ingredients. The company offers cookies, brownies and muffins and has gluten-free and dairy-free options, too. You can also book lactation counseling with Zaria’s Milk.

“We’ve been able to help moms all across the country with our products,” Caldwell-George said, “Baking is my thing. That’s something that I love, so creating these delicious products for moms is something that is part of my nature and something that gives me joy.”

But the feel-good story goes deeper than Caldwell-George’s love of baking and Holland adding her skills to the company as the vice president.

The pair realized they had an opportunity to educate, especially Black families where Black women are breastfeeding significantly less than other mothers.

Both Caldwell-George and Holland recognize the cultural barriers contributing to these numbers, working to close the gap and offer support for those who may not have it.

“We didn’t want to be just a cookie company,” Caldwell-George said. “Knowing that Brianna had the journey that she had, but she was able to call on somebody to get additional support. We wanted to be able to do the same.

“In the African-American community, so many moms who didn’t breastfeed are grandmas and aunties. You’ve got so many people who don’t understand and know about breastfeeding. We’re able to be that mom, that aunt, that grandmother that understands there’s a journey and you are not on this journey alone.”

She has a background in public health and a passion for maternal health. Even with all the support and information she had at her disposal before having a child, her breastfeeding difficulties forced her to think about other women who were not so fortunate on the front end.

Her goal through Zaria’s Milk is to help Black women and families feel more inclined to attempt breastfeeding by simply arming them with the information.

“When you don’t have any of that (breastfeeding) education or a point of reference, then you’re going to choose the route that you’re most familiar with,” Holland said. “When you have that understanding, you can instill that sense of pride in women, in young women and girls, who are having babies to know: this is of us.”