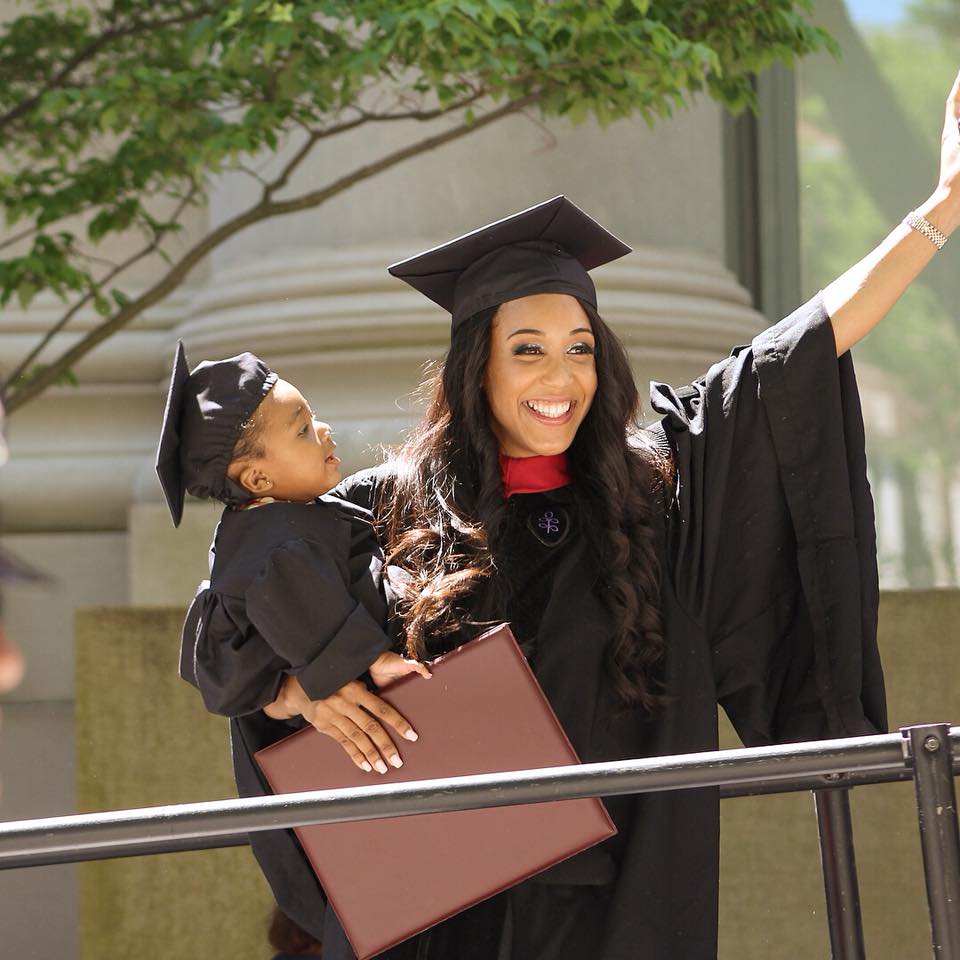 Briana Williams was built for this.

Not the graduating from Harvard Law School part – it’s the part where she did it as a 24-year-old single mother.

She was working on her Family Law final in April 2017 when she started experiencing contractions. When the hospital staff told her she was in labor, she had her laptop prepared – along with the diaper bag and car seat. Williams said she asked for an epidural to take the edge off and finished her paper with tears in her eyes.

She said her dean suggested an extension for the assignment, but Williams was uninterested in such accommodations. She wanted to excel regardless – and she did.

Williams recently graduated from Harvard Law, holding her 1-year-old daughter Evelyn as she accepted the honor. The graduate said she took a position at a firm in Los Angeles and is currently studying for the bar exam; she was born in California but raised in Atlanta, Georgia. Williams posted snaps from the special day on May 25, and they went viral. The internet couldn’t take the matching mommy-daughter caps and gowns or the message. Williams’ language on social media was clear: finishing law school with a newborn was far from easy.

“I’m able to very well deal with trauma,” Williams told Hey, Black Mom!  “I taught myself pretty early on that if you think about negativity and hang on to it and use that as a crutch … then your outcome will be negative. I wanted to use (motherhood) not as a crutch but as something that would push me harder. I never stopped and dwelled. It was kind of like you gotta do what you gotta do.”

Williams, who’s always wanted to become a lawyer, was shocked to learn of her pregnancy, but it didn’t change her plans. She said she even kept her summer associate’s position following Evelyn’s birth. She immediately began preparing. Williams didn’t just pack a diaper bag and buy pregnancy books, she took advantage of classes at Harvard such as Family Law. She engaged in the school’s child advocacy clinics. She went to parenting classes at her hospital and instantly sought a pediatrician and proper prenatal care.

But there were still days that she couldn’t bring herself to get out of bed, she wrote. Parenting courses don’t have chapters on what to do when you have to take your newborn to class. Evelyn made regular appearances in class with her mom, or the Dean of Students would watch her while Williams finished class.

“Everyone has their days,” Williams said. “Some days, I was depressed, and I let myself be because I deserved to be. You can have a day or two but the next day, get up and go.”

Her viral graduation posts were met with plenty of positive and inspirational feedback. She said she was skeptical about sharing such a personal story on social media but glad it got the attention. Her Facebook post garnered more than 12,000 reactions and 3,330 shares.

“It seems like the majority of the comments were inspiring a lot of other people, in particular, single mothers,” Williams said.