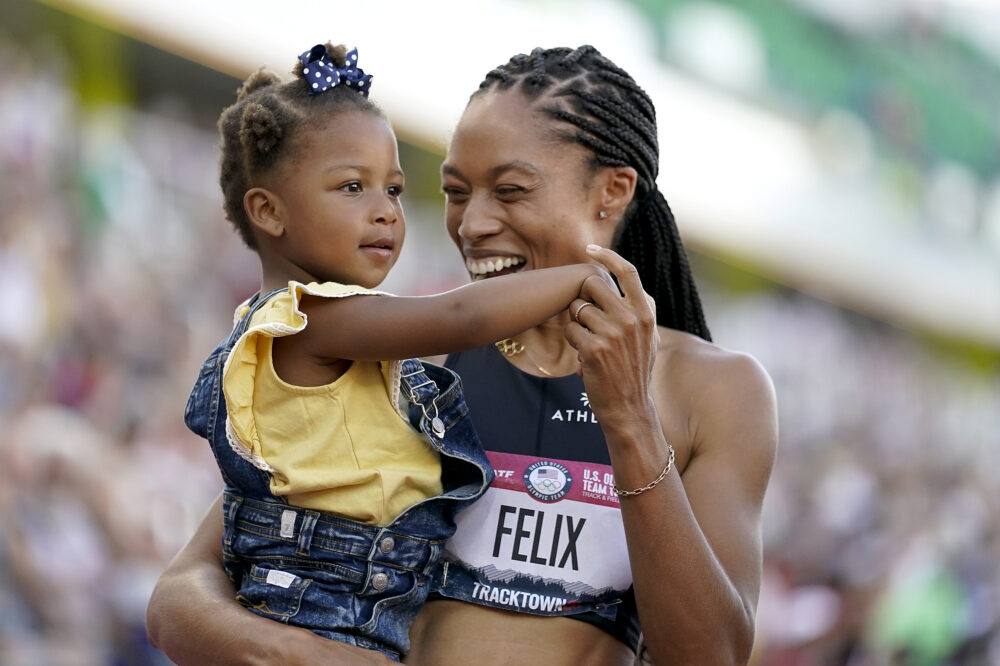 Black women have been shining bright for this year’s upcoming Olympic games and recent qualifier Allyson Felix is nothing short of amazing. Felix has already solidified herself as one of the greatest Olympic athletes ever.

The 35-year-old Olympian has officially qualified for her fifth campaign, but this time around will be different: it’ll be her first as a mother. She and her husband Kenneth Fergeson welcomed their daughter Camryn in 2018.

Her family will be cheering her on while she competes in Tokyo, Japan next month. Felix secured her spot after a second-place finish in the 400-meter race during the U.S. track trials on June 20.

Though the future looks bright for this decorated athlete mom, her past wasn’t perfect.

Three years ago Felix discovered she had a severe case of preeclampsia, a pregnancy complication that causes high blood pressure and can damage the liver and kidney. She underwent an emergency C-section at 32 weeks.

As if that journey wasn’t tumultuous enough on its own, Felix split with longtime sponsor Nike about two years ago after claiming the company sought to cut her deal by 70% following the birth of Camryn, according to a New York Times op-ed published in 2019. Nike was also going to decline providing guarantees if her performance level dropped after pregnancy.

Nike has since updated its maternity policy, but Felix announced the launch of her own shoe line By Saysh about a week after her race in Oregon.

Felix’s life-threatening pregnancy experience has led to her being an advocate for all working Black moms.

“It has been a fight to get here, and one thing I know how to do is fight, so I just wanted to do that all the way home,” Felix stated on NBC after the race. “Today: I thought about all the things. I thought about us fighting the NICU, fighting for my life, fighting to get on this track”