Not All Heroes Wear Capes: NBA champion Andre Drummond Leaps into Action to Save Son from Drowning 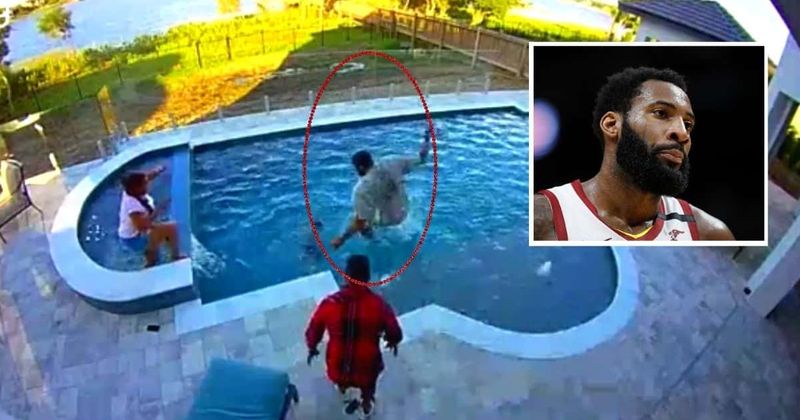 Not all heroes wear capes, and NBA star Andre Drummond has the footage to prove it.

On Thursday, he tweeted a video of him leaping into his home’s pool a split second after his 2-year-old son Deon fell into the water.

“A parents worse nightmare…..Feat my son & I,” the Philadelphia 76ers center tweeted. He assured that no one was hurt in the clip that appears to be from his home security cameras.

No one was harmed in this video pic.twitter.com/POumiU9HGk

The video shows Deon sitting on the edge of the pool while Drummond’s younger sister sits nearby. She stands when the toddler falls in, but Drummond had already jumped in the pool and scooped his child out of the water. He then handed Deon off to another adult as he seemed to stand back and take in the gravity of the moment.

Drummond responded to some criticism about his sister’s actions, writing, “….it was a very shocking moment for everyone. I’m sure most of y’all with no kids would of froze the same way, have some respect.”

The Sixer posted a laughing face emoji with his original video tweet, so it appears he is in good spirits.