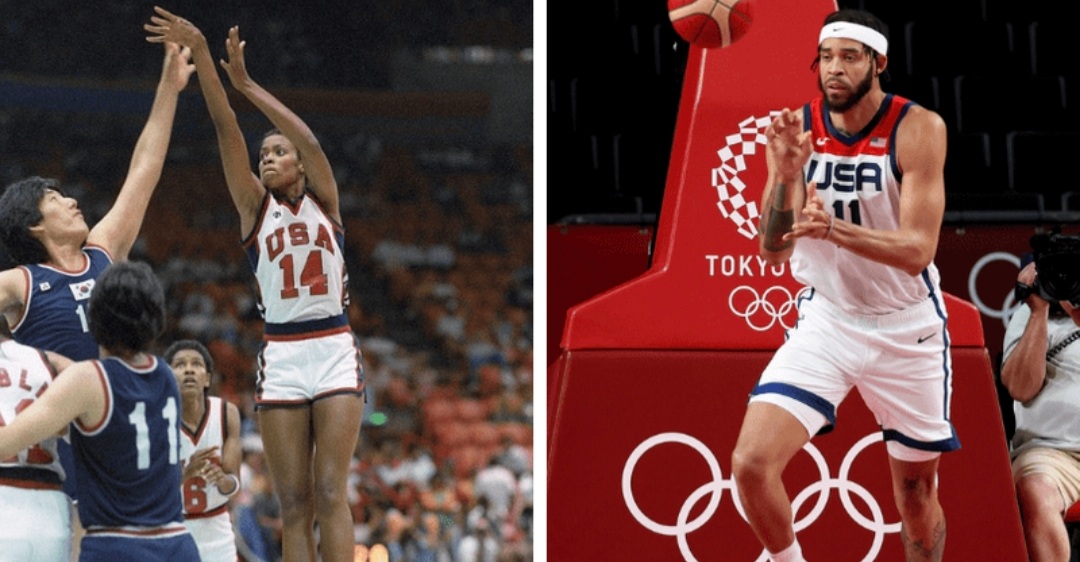 Twelve years and three NBA championships later, veteran center JaVale McGee won his first gold medal with the U.S.A Men’s Basketball team. The now decorated, and possibly future Hall of Famer, not only added more badges to his jacket, but he joined his mom Pamela McGee with Olympic distinction.

Pamela McGee won a gold medal of her own during the 1984 Olympic Games. She was inducted into the 2012 Women’s Basketball Hall of Fame. Pamela is the first WNBA player to have a son and daughter (Imani McGee-Stafford) play professional basketball.

“I’m proud of him, of his resiliency,” Pamela told Today. “As mothers, we just want them to max out their capacity and to be the best that God has called them to be.”

It’s safe to say winning is something that runs in the family. Although she had a short-lived WNBA career, Pamela McGee has been noted as one of the few basketball players that have won at every level. She has two state championships in high school with an untarnished 75-0 record and two national championships from the University of Southern California.

On top of all that and her Olympic gold, she won championships in Spain, Brazil and in the European Ronchetti Cup.

Coming into the NBA with huge expectations, JaVale was the 18th overall pick drafted by the Washington Wizards. After 12 seasons, he has earned the respect of being noted as one of the more reliable role players in the league.

The McGees epitomize what it means to have a basketball family, with three current and former professional basketball players. The baby of the family, Imani McGee-Stafford, is also in the WNBA, and she has made quite a name for herself. She plays professionally in Australia, too.

While at the University of Texas, McGee-Stafford was awarded the Honda Inspiration Award which is given to a collegiate athlete who has overcome hardship and was able to return to play at the collegiate level.