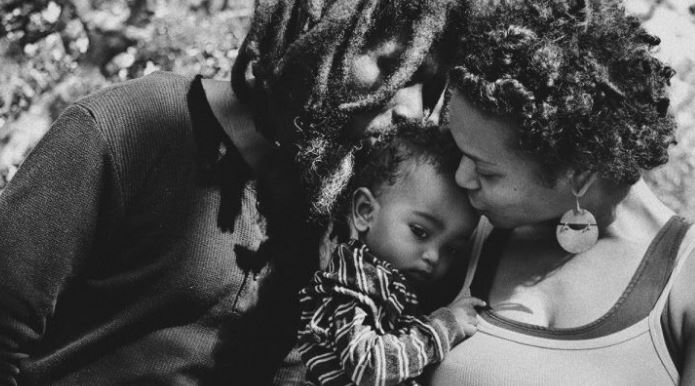 Syesha Mercado was already fighting to regain custody of her toddler son when Florida authorities seized her newborn days after she gave birth.

On Aug. 11, the former “American Idol” finalist broadcasted a live video on her Instagram page set at a traffic stop with Manatee County sheriffs in Florida. In the heartbreaking clip that lasted more than an hour, Mercado was forced to surrender her baby to Child Protective Services after a surprise wellness check. Her GoFundMe page states that she was en route to a wellness check when stopped.

In the Instagram video, she and her partner Tyron Deener explained that they asked CPS to contact their lawyer for any information regarding Mercado’s and her newborn’s welfare. The couple was left in total distress after Mercado handed her baby girl Ast over to CPS authorities, who told her that she could not accompany the baby to the hospital where they were taking her.

The 34-year-old singer is breastfeeding and was only able to pump about 2 ounces of breast milk before surrendering her daughter, who remains in protective custody. This heartbreak came months after her son Amen’Ra was placed into a medical foster care home following a hospital visit.

On Feb. 26, Mercado and Deener took Amen’Ra to John Hopkins All Children’s Hospital in St. Petersburg, Florida. Mercado said her milk supply was depleting after she learned she was pregnant, so the couple took their then-13-month-old son to get help with weening. They said he wouldn’t accept any fluids and that he was having trouble eating.

Amen’Ra remained in the hospital until late March, when officials placed him in custody for allegations of malnutrition. The Manatee County Sherrif’s office reported that the hospital’s medical staff stated Mercado and Deener denied a recommended B-12 intramuscular shot, but Mercado denied that claim in statement on her GoFundMe page.

Hospital officials also alleged that the toddler was “dehydrated, malnourished and in dire need of a regimen of intravenous feeding,” but Mercado, who favors a holistic approach to healthcare, said her son was healthy.

This case involved Florida’s Dr. Sally Smith, the head of the child protection team for Pinellas County. Smith has been long criticized for her treatment of parents and too quickly diagnosing child abuse, which has led to trauma for many families.

Mercado’s story has put the spotlight on Florida’s strained child welfare system. According to a USA Today investigative report, the number of children less than 10-years-old placed in group homes doubled between 2013 and 2017.

The traumatic practice of legal kidnapping has also come into the light since Mercado’s case.

She has diligently encouraged others to share her story and videos in order to be reunited with her children. She has raised more than $400,000 to aid in the shocking custody battle.

“Never could I have imagined going to that specific hospital to get help for my child, but walking away without my child,” Mercado said in a Fox13 News report.