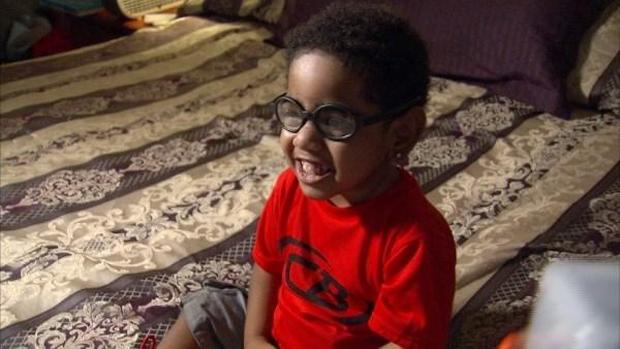 A.J. Burgess, a 2-year-old who was born prematurely without working kidneys, may not have made it to his third birthday without a holiday miracle.

His father, Anthony Dickerson, was a perfect match for organ donation. The baby’s transplant was scheduled for early October, but Dickerson went to jail for violating his probation days before the surgery. He was accused of having a firearm or knife while fleeing or eluding police.

Emory hospital in Atlanta, Georgia, therefore controversially denied A.J.’s kidney transplant. At 2, he weighs only 25 pounds; he spent 10 months in a neonatal intensive care unit when he was born.

The day before Thanksgiving, what could only be described as a miracle occurred. A.J. received a successful kidney transplant from a deceased donor.

“To watch this child that no one expected to live, and now for him to have a chance at a healthy life, it’s unbelievable,” family attorney Muwali Davis said via CNN while the baby was recovering at Children’s Healthcare of Atlanta at Egleston.

“His parents and family are overwhelmed with gratitude,” the lawyer added. “They want everyone to know that with faith, all things are possible. When the situation was very bleak, it was their faith and the support of the community that pulled them through this.”

Emory denied Dickerson’s kidney because officials said they wanted to be sure Dickerson would be available for the required after-care procedures for living donors.  According to CNN, activists from Emory’s Candler School of Theology protested the hospital’s decision. Davis said Dickerson’s parole probation status should not have been factored into Emory’s final word. The hospital wanted to reassess the family in January, to see if Dickerson could be on good behavior for 90 days before donating the kidney to his ill son.

A.J., who was hospitalized with stomach bacterial infection peritonitis earlier this month, may not have been able to wait that long.

The hospital’s transplant team contacted the family about a donor kidney early Wednesday morning. A.J. went into the three-hour surgery around 7:30 a.m., according to a post on his mother Mellida Burgess’ Facebook page. There, she shared more good news: A.J.’s new kidney is already producing urine.

“A.J. will remain in the hospital as he recovers from the surgery,” Emory said in a statement Wendesday. “Over the past few weeks, many in our community have rallied to A.J.’s cause. His parents were passionate and courageous advocates and they showed all of us the true meaning of unconditional love.”