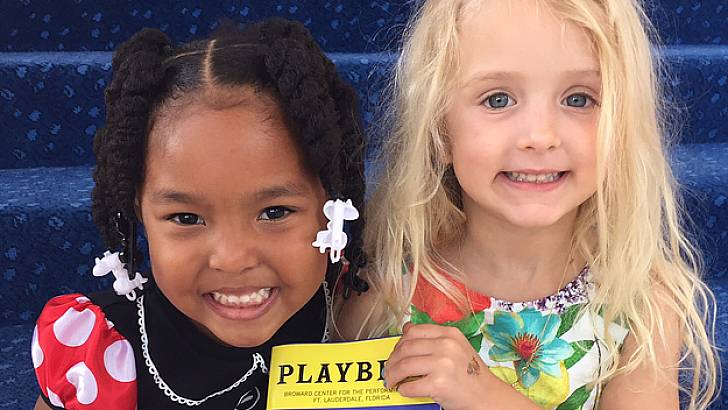 Jia Sarnicola burst out in tears when someone told her Zuri Copeland was not her twin.

Jia is white. Zuri is black. They are best friends, but they also believe they are twins. While the 4-year-olds were attending a recent birthday party, another girl at the party told Jia the besties weren’t twins because they don’t have the same skin color.

Jia’s response was powerful: “You don’t know anything. We are twins because we have the same birthday and the same soul,” her mother, Ashley Saricola, captioned in an a Facebook photo on Nov. 5 that went viral.

The Miami, Florida, girls have been inseparable since meeting at school a year ago.

The “twins'” birthdays are but two days apart in June, and they celebrated together this year. Jia was born on June 3 and Zuri June 5.

The story also noted how proud both moms are of their daughters because of how they notice their similarities, not their differences.

“I think that’s one of the nice things about growing up in a multicultural, melting pot city,” Ashley Sarnicola said in the ABC News piece.

Zuri’s mother, Valencia Copeland, said the girls highlight their friendship at school on a board.

“It is unbelievable. They connected very well immediately,” Valencia Copeland said. “It was amazing how they’ve jelled together.”