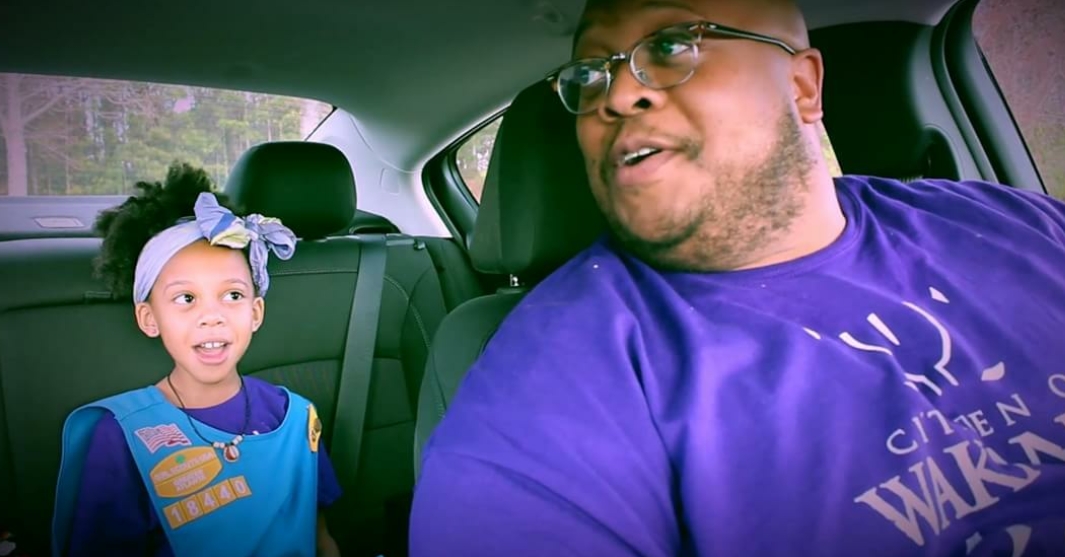 Who knew what power Childish Gambino’s “Redbone” would have on Girl Scout cookie sales?

One daddy-daughter pair from Duluth, Georgia, remixed the Grammy-winning hometown artist’s hit. Not only did Seymore Harrison Jr. and his 6-year-old daughter Charity Joy go viral — the first-time cookie seller kept having to raise the bar on her overall goal.

Harrison Jr. posted a 51-second clip of him and Charity Joy singing to Redbone’s tune as they described some of the delicious cookie options. Since the video posted on Feb. 17, it’s been watched more than 4 million times on Facebook. Charity is, as of Feb. 26, just 47 sold cookie boxes away from her goal of 5,000; the initial goal was to sell 1,300, according to the Atlanta Journal-Constitution.

Before the video, Charity Joy had sold 65 boxes, including 16 to family members.

“This is some good cookie-selling music right here,” Harrison Jr. starts the duet as the song’s opening plays.

“Thin miiiints. You wanna order some before it’s too late,” she sung. “We also got Trefoils and they taste great.”

Harrison Jr. told the AJC that he wanted to be supportive.

“It was just a song that we both like and she decided to put cookies in the song,” he said. “We are so surprised. We had no idea it would go that far.”

He said they’ve received orders from as far as Alaska and California.

His posts included his daughter’s cookie link, where Charity Joy shares some of her Girl Scout story.

“I want to … change the game when it comes to cookie sales,” she said.