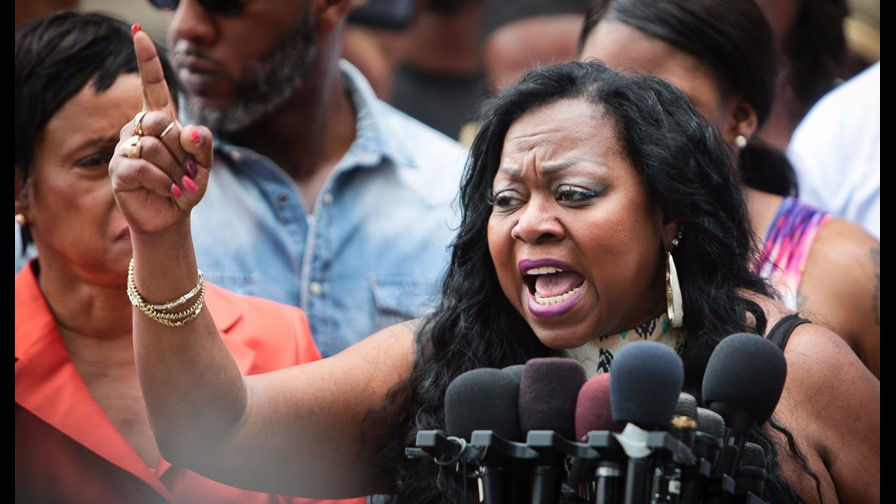 She called him a hypocrite. She said the NRA is out to get money, not truly protect the “good guys.”

LaPierre highlighted the need to protect law-abiding gun owners in the wake of the country’s second-deadliest school shooting, but Castile isn’t buying his call.

Philando Castile, 32, was a law-abiding gun owner. He was longtime cafeteria worker for the St. Paul School District in Minnesota. On July 6, 2016, he was pulled over and shot to death by officer Jeronimo Yanez after politely informing the cop that his legal firearm was in the car. Yanez fired seven shots into the car, claiming he believed Castile was reaching for his weapon.

Castile’s girlfriend streamed the traffic stop, which was for a broken brake light, on Facebook live as Castile was shot to death in front of her and his 4-year-old daughter.

“If (LaPierre) really cared about the good guys out here, he would have stood up for my son,” Castile said last week in a phone interview with The New York Post.

“He was a good guy, she said. “He went through a rigorous process to get his gun. He told the truth and let the officer know he had it. What happened to my good guy? He was shot down like an animal. He was still in his seatbelt. That car was his coffin.

“My son was one of the good guys, but him being black, obviously they didn’t see him as a good guy. They’ve yet to say anything about my son.”

The NRA’s most recent flood of backlash came after the massacre in Parkland, Florida, left 17 dead on Feb. 14. A 19-year-old opened fire on his former classmates at Majory Stoneman Douglas High School with an AR-15, an assault style rifle. The gunman had 180 rounds of ammunition left and tried to break a hurricane-proof window but was unsuccessful, according to CNN.

LaPierre wants more guns in the schools, though. Gun rights activists’ solution to mitigating the likelihood of another school shooting is arming teachers.

“Arming the schools will make them more like a battlefield,” she said in the interview. “If everyone has guns, bullets will be flying everywhere. You’ll end up with more bodies.”