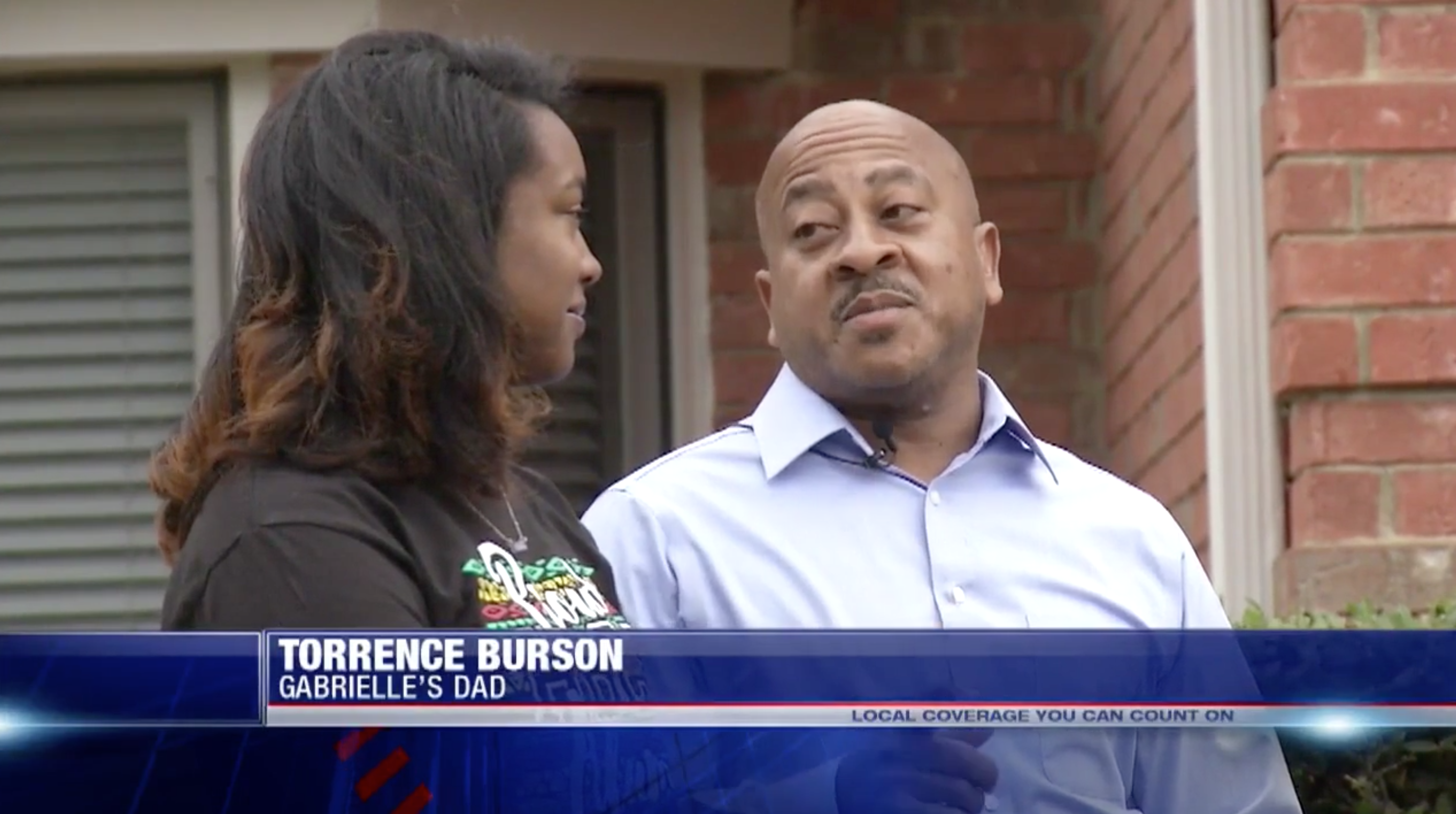 Gabrielle Pierce was devastated. After four hard years at Louisiana’s Xavier University, she wasn’t going to be able to cross the stage.

It’s an unprecedented misfortune that this year’s high school and college graduates across the globe are sharing. Due to COVID-19, many schools have been forced to cancel graduation ceremonies.

Despite the ongoing pandemic caused by the novel Coronavirus, Pierce’s father Torrence Burson found a way to celebrate his deserving daughter’s accomplishment.

He built a stage in his Memphis, Tennessee, front yard and, in early May, held a ceremony.

“After all those years, you’re going to walk across somebody’s stage if I have to build you one myself,” Burson recently told the Memphis-based television station FOX13. Pierce said she cried for a week over not being able to walk across the stage. Then, Burson got the idea in a dream.

“Just to see your baby crying — knowing that she worked so hard and stayed the course,” Burson said about his motivation. “She did everything right.”

Though his family was at first skeptical, he pulled it off with about six weeks of planning.

And dad pulled out all the stops. The classic Pomp and Circumstance was blaring over the loudspeaker, according to the report. There was a full stage, presenters and a line of neighbors who showed up to help celebrate.

Pierce said the personal gathering was better than a graduation.

“I was just I awe,” she told the station. “I was amazed. I couldn’t believe a lot of people showed up. People were driving by yelling congratulations.”

According to a cnn.com story, nearly 40 people attended the 45-minute event, heeding the social distancing and face-covering recommendations.

Xavier notified its graduating class in March about the change of plans: there was going to be a virtual ceremony instead of a traditional one.

Pierce, who earned a bachelor’s degree in public health science with a minor in biology, finished her studies in December but had to wait until what was supposed to be the May ceremony to walk the stage.

She plans on pursuing her master’s degree in hopes of becoming an epidemiologist for the CDC.