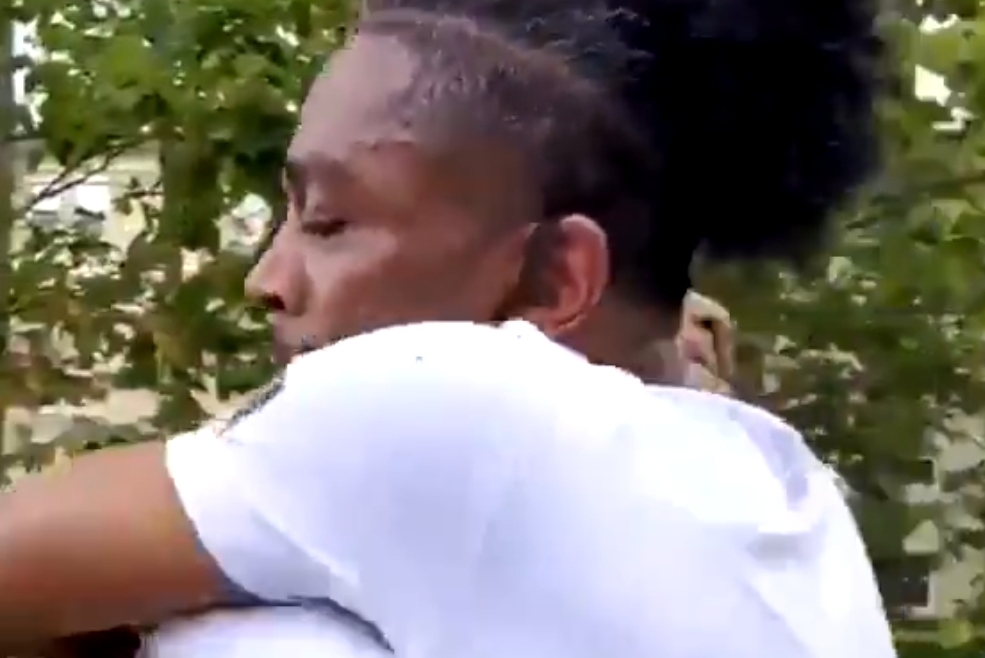 Dropping your child off in the big, bad world of college can be emotional for any parent.

The Georgia father went viral after sharing a video of the precious goodbye to his college-bound son Nasir, who will be starting school three hours away from home at Valdosta State University.

“Nas has been with me pretty much my whole life,” Mohammed wrote in the caption. “…one of the hardest things Ive had to do is drop him off to school…hes never really been away from me…i aint gonna lie…i lost all composure…

“snot bubbles and all.”

My dad dropping my brother off at college will forever be the sweetest thing to me 🥺 🤎 pic.twitter.com/DjGY1DAoY2

The clip that picked up more than 2.6 million views when Mohammed’s daughter Aiyana, who filmed the tearful farewell, posted it on Twitter Wednesday.

He left Nasir with some words of encouragement, such as emphasizing good decision making and reminding him that he was only a phone call away.

Millions of viewers saw a Black father express love unashamed to his son — and we could all use more of that.

It also summoned other fathers to chime in with shamelessly emotional replies.

“My son is 1 years old and I’m already crying at the thought of him going off to college,” user BucketReel posted.