Black Dad Spotlight: Trio of brothers push to be ‘INVOLVED’ 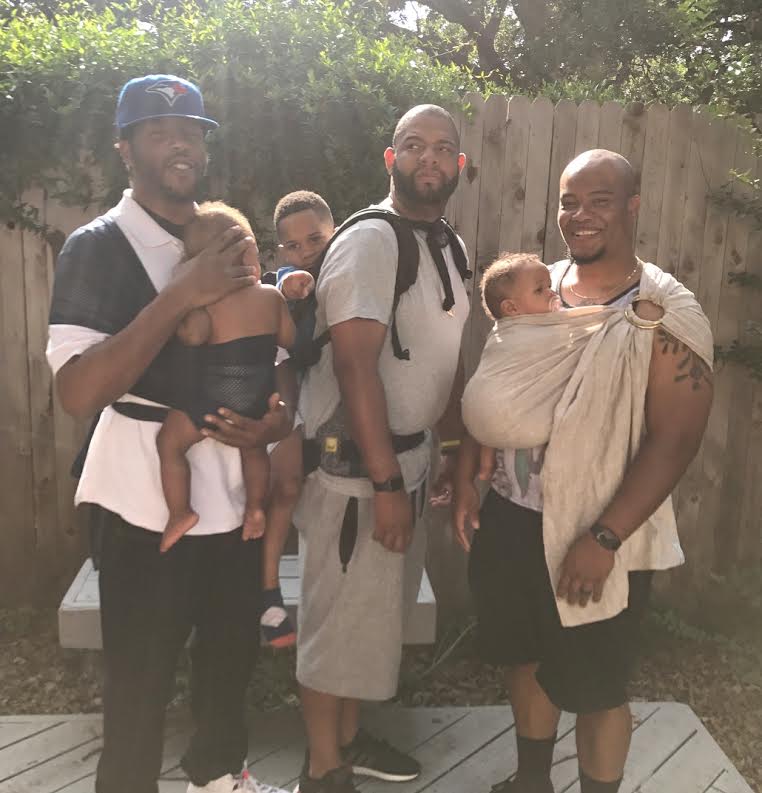 In a world of crunchy mommies, three brothers are striving to showcase dads can easily be natural parents, too.

A trio of brothers from Arlington, Texas, are nixing the traditional roles.

Brandon, DeAndre and Khary Wright, who have eight adorable children between them, got involved in natural parenting through their wives; DeAndre and his wife Lauren, who runs the Crunchy Boutique, exclusively cloth diaper, for instance.

The brothers realized the benefits of a crunchy lifestyle, surprised at how easy they picked it up. Natural parenting, which crunchy moms practice, can at times seem intimidating.

“We’ve seen all the benefits of using natural products, food and a lifestyle in general,” Khary Wright told Hey, Black Mom! this month. “We started out with food and quickly moved from there. Natural parenting is also more affordable. (People) look at using disposable as easy but really using cloth is more affordable in the long run. And yes, it’s easy.”

In conjunction with The Crunchy Boutique, the Wright brothers want to show dads how seamless natural parenting can be. Khary and his wife Cat had their first child when he was 23, so it was an adjustment at first because of his age.

But with all four of his children coming up with a pair of crunchy parents, he’s a pro.

Lauren was inspired by her own parenting experiences in selecting items for her shop, where she’s also featured speakers such as Mat York. He is known as “The Dad Mat” for his babywearing education and positive parenting.

The Wright dads have another layer to their efforts: being INVOLVED. It’s a campaign highlighted on their social media page that shows how present they are in their children’s lives — from sports and school to church.

“(They) are a must for our family,” Khary said of the activities. “We don’t miss anything the kids have. We run the city all week and weekend.

“We want them to know that their INVOLVED dads are always here.”

They may be new to the social media scene but are seasoned in crunchy parenting.