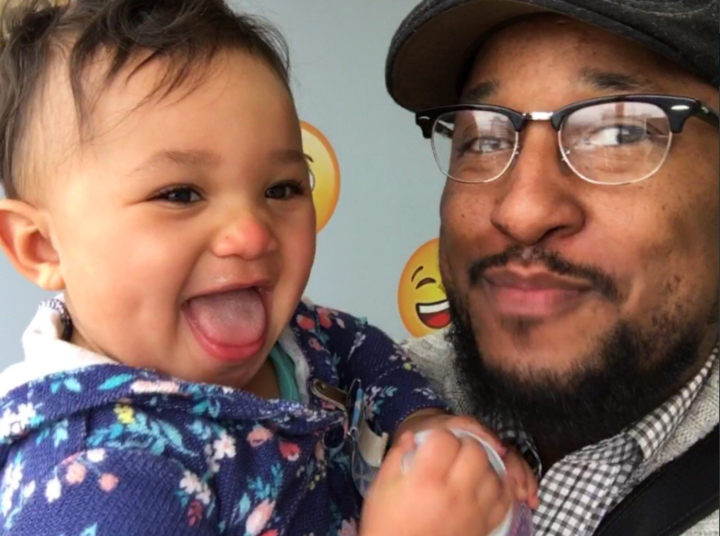 He announced earlier this month in a Twitter video that May 5, in tandem with his daughter’s first birthday, was the new holiday.

The Oakland, California, dad charged some 68,7000 followers to share photos of black fatherhood using the hashtag, #DGProper, and boy did he open the flood gates. The original hashtag was #DaddyGameProper, and it was later shortened.

The photos, from black dads and children with black dads, poured in.

“Whatever you feel represents you and your child, we want all the black daddies to do that,” White said in the video. “Whatever it is, we just want you to show black daddies doing what they do.”

White recognized the Huffington Post article that reported on his cause, noting that he wanted to recognize not just fathers, but “BLACK fathers.”

There were sweet selfies. Dads baby-wearing. Chronicles of a first bike lesson and a dad’s first promise to a newborn coming home.

What a way to showcase black fatherhood, amirite?!

Check out some of the love below.

My grumpy Pops is an awesome PopPop! He’s great with tea parties, being a human jungle gym, and buying dresses. She adores him! #DGProper pic.twitter.com/xhEE5hWBeQ

One of my favorite pictures of me and my kids, lol. #DGProper pic.twitter.com/Se4MlM5U7u

My dad walking me down the aisle a few months after having a stroke. He worked so hard to be able to do that #dgproper pic.twitter.com/BE2g7TmiZ8

Can’t forget about my wonderful husband who is a real life superhero for my daughter and I. We are two lucky girls. #DGProper pic.twitter.com/ibrvLrloxM