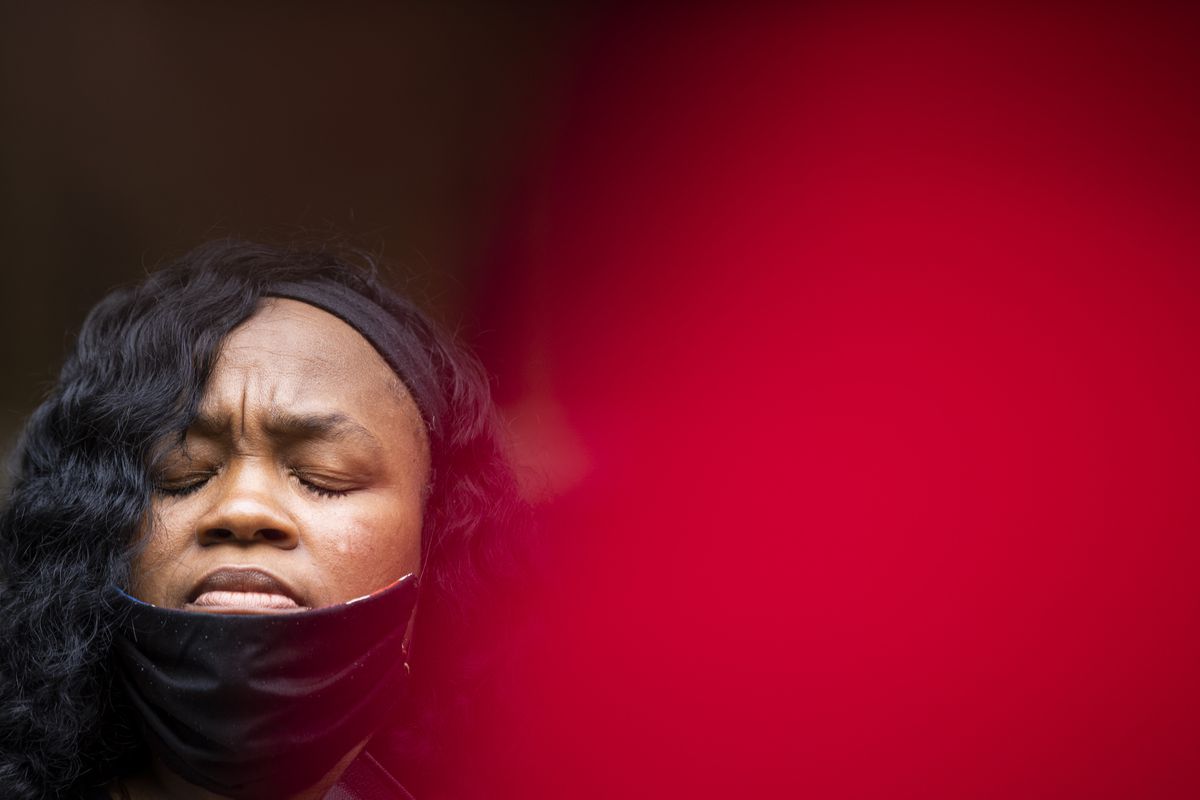 The city of Louisville, Kentucky, announced Tuesday that it will pay the family of Breonna Taylor $12 million to settle a wrongful death lawsuit.

Taylor, a 26-year-old EMT, was shot and killed by the city’s police officers on March 13 while she was sleep at home. They entered her apartment during a no-knock warrant raid in the middle of the night.

Part of the multi-million dollar settlement, which according to CNN is Louisville’s largest payout linked to a police misconduct case, also includes historic police reforms.

In a press conference Tuesday, Taylor’s mother Tamika Palmer reminded listeners that there is still more work to do. She wants the three officers who killed her daughter charged; none have been arrested.

“It’s time to move forward with the criminal charges because she deserves that and much more,” Tamika Palmer, Breonna Taylor’s mother, says at a news conference after a settlement is reached in the fatal Kentucky police shooting of her daughter. https://t.co/8U1366ByKN pic.twitter.com/3fOcO2OMc5

“As significant as today is, it’s only the beginning of getting full justice for Breonna,” Palmer said. “We must not lose focus on what the real job is. And with that being said, it’s time to move forward with the criminal charges, because she deserves that and much more.”

Palmer held back tears as she spoke of her daughter, whose memory has been sustained through protests across the country, celebrities being among the citizens calling for justice and special-edition magazine covers. Taylor’s portrait graced the cover of the September issue of O Magazine, making it the first time in the publication’s history that Oprah Winfrey herself was not featured on the cover.

Taylor’s tragic death added to the country’s social unrest as a result of the police’s use of excessive and fatal force on Black people.

“Her beautiful spirit and personality is working through all of us on the ground,” Palmer said, “so please continue to say her name: Breonna Taylor.”