‘For the Milk’ sheds light on beautiful challenges of breastfeeding 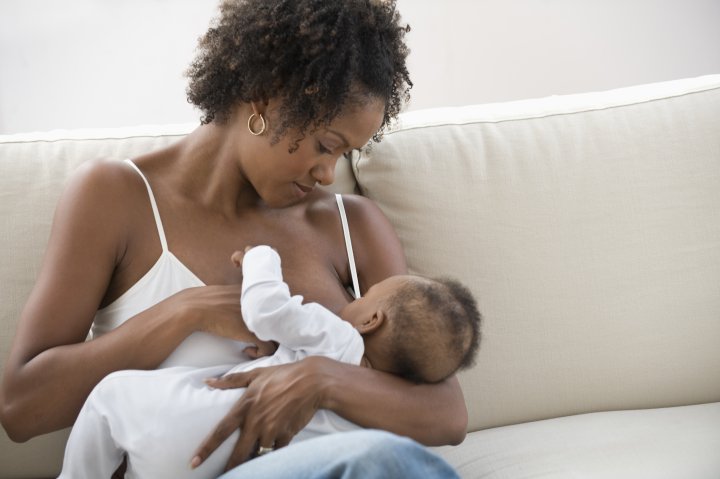 Nursing moms have put their clever spin on one of the latest internet challenges.

“For the Milk” is a play on a popular online game where people rap over the beat to Fabo’s Geeked Up, revealing what they’d do for a woman or man (that’s the G-rated description).

But the challenge has reached the mommy world — and now mothers across the web are sharing their beautiful breastfeeding challenges in a humorous way.

Her rap goes into normalizing breastfeeding, which is a struggle many nursing mothers face — especially in public or with toddlers.

The latest Centers for Disease Control and Prevention Breastfeeding Report Card indicated that nursing mothers did not breastfeed as long as recommended (12 months). Seventy-nine percent of newborns were nursed, but that number dropped to 49 percent at 6-months old. By 12 months, only 27 percent of these babies continued nursing.

Breastfeeding isn’t just about nutrition, it’s also about emotion and connection. Even when a baby starts on solid foods and gets his or her first teeth, it’s shouldn’t shock if the child continues to nurse. Some children stop early, and some aren’t ever interested. Others take longer to self-ween, and some mothers assist with weening.

Regardless, nursing moms should not be judged for their choices. As the saying goes: “Breast is best.”

Though the “For the (whatever)” challenges can be hilarious, this particular take is enlightening. Another mom included a line about how she leaves one boob out at night “for that milk.”

“It’s not weird, it’s natural for the milk,” Lauren continued in her rap. “People ask me when I’m gonna stop with the milk — I’ll stop when my son’s done with the milk.”

She could just go ahead and drop the mic for all the nursing moms!