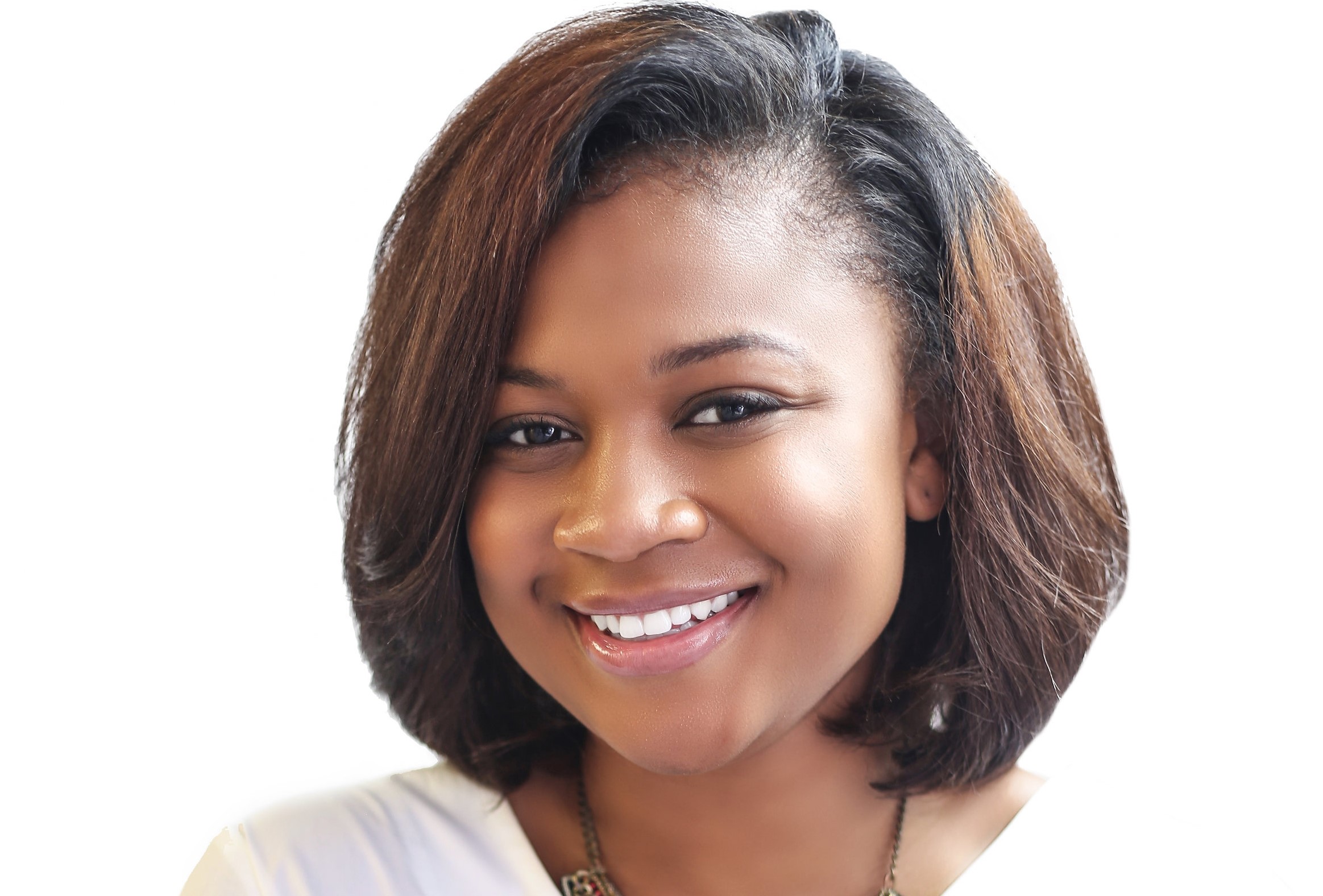 Upon graduating college in 2012, Carmen Watkins admittedly struggled to find a job.

It was a tedious cycle of applications, interviews, anticipation and rejections.

So, she reconnected with running.

“I started running every day to clear my mind,” the 29-year-old Clark Atlanta University alumna said. Watkins formerly ran track. “From running, I got inspired to journal more. I journaled my passions, thoughts and ideas. I would run every day, write down the ideas I had and pray on them.

“I was reminded that I had a desire to give and to give back.”

The stress-relieving exercise led this mom of two down the path to her true calling. She started Run Your Vision, a Christ-focused nonprofit in Georgia dedicated to helping young girls plant the seeds of their own desires.

Watkins’ passion for youth and philanthropy started when she was child. The Griffin, Ga., native said she didn’t grow up with much. As a single mother, her mom worked multiple jobs to provide. Watkins was raised with just her younger brother, though she has five siblings in total.

“I grew up kind of earlier than most kids, so I was really aware of the fact that we were in need,” said Watkins, who recalled a year when a close friend surprised her family with Christmas presents after her mother told them there wouldn’t be any.

“I always wanted to be able to do that for others,” she said. “I just didn’t know how.”

Watkins was working as an admissions counselor at her alma mater when Run Your Vision began.

She was initially attracted to the role after meeting recruiters during the Run Your Vision Youth Summit in November of 2015. It was a week before she married her husband Will and the non-profit’s first major event.

She read and scored college applications for the next two years, growing uninspired by the sluggish routine.

Watkins then dug her heals into the mission on her heart.

In 2017, Run Your Vision officially became a 501c3 Georgia nonprofit, joining the club of more than 73,600 nonprofit organizations across the state. Those in Cobb County, where Run Your Vision is based, generate more than $6 billion annually, according to a TaxExemptWorld report from November 2018.

In May, Watkins awarded two $750 scholarships in the name of her late cousin Sgt. Carl A. Trice. He passed away suddenly two years ago, and Trice and Watkins were as close as brother and sister.

Part of that scholarship process — reading and scoring college applications.

“Every season matters,” Watkins wrote in an Instagram post the night of the inaugural scholarship banquet in her hometown.

She has major plans for the annual award. She hopes one day the Sgt. Carl A. Trice Scholarship can support a student’s entire four-year career.

It can be used for traditional colleges or trade schools.

“It’s one thing to equip people by giving them knowledge, but to give them a seed to get them started, that meant a lot to me,” said Watkins, whose first two years of college were covered by scholarships. “With a lot of African-American students, they were extremely smart, had amazing grades usually and did fairly well on the SAT and ACT, but they didn’t have support.

“That was something I noticed as an admissions counselor: students need help. They need support.”

Watkins, along with an executive team, plans four key events each year in the Youth Summit, Christmas Gala fundraiser, summer picnic and 5K race. Run Your Vision serves girls in seventh through 12th grades, but the Youth Summit is a co-ed operation where it partners with empowerment groups for young men.

She had planned the inaugural 5K for this spring, but her son made a surprise entrance when he arrived four weeks earlier than his due date.

Watkins is mom to 3-month-old Duke and 1-year-old Ellis.

Juggling motherhood with the nonprofit is no walk in the park.

Though she may thoughtfully plan an organized day, motherhood says otherwise.

“It’s hard. I’m going to be completely honest,” said Watkins, who interviewed while rocking her chunky 15-pound son. “I really rely on other moms for advice. It helps me say, ‘Hey, I’m not the only one in the trenches.’”

Watkins has accepted that asking for assistance is all right. To temper some of the household pressure, she hired help and recently enrolled her daughter in daycare for the first time.

“I hired a cleaning lady. Not because I’m bougie, but because I needed help,” she said in freehearted tone. “I could spend three or four hours doing this, stopping every 15 minutes. By the time I sit down and get ready to work, it’s total chaos. It becomes a whole day’s tour.”

Watkins believes in taking time to nurture the person you are outside of motherhood. She promotes the idea of women being who they were created to be in addition to a mother.

Helping young girls see who they are meant to be in order to thrive is the purpose of her nonprofit.

She intentionally built the initiative with a Christ-centered foundation, as she’s witnessed in her life how much weight her faith has bore.

“I don’t have the burden of pressure of success on me because there’s someone who has put these desires on my heart,” Watkins said. “Students feel that pressure to meet other people’s standards and they don’t have to. We are given talents and gifts, so pursue what you naturally have.

“Run your vision. What’s God given you to pursue?”