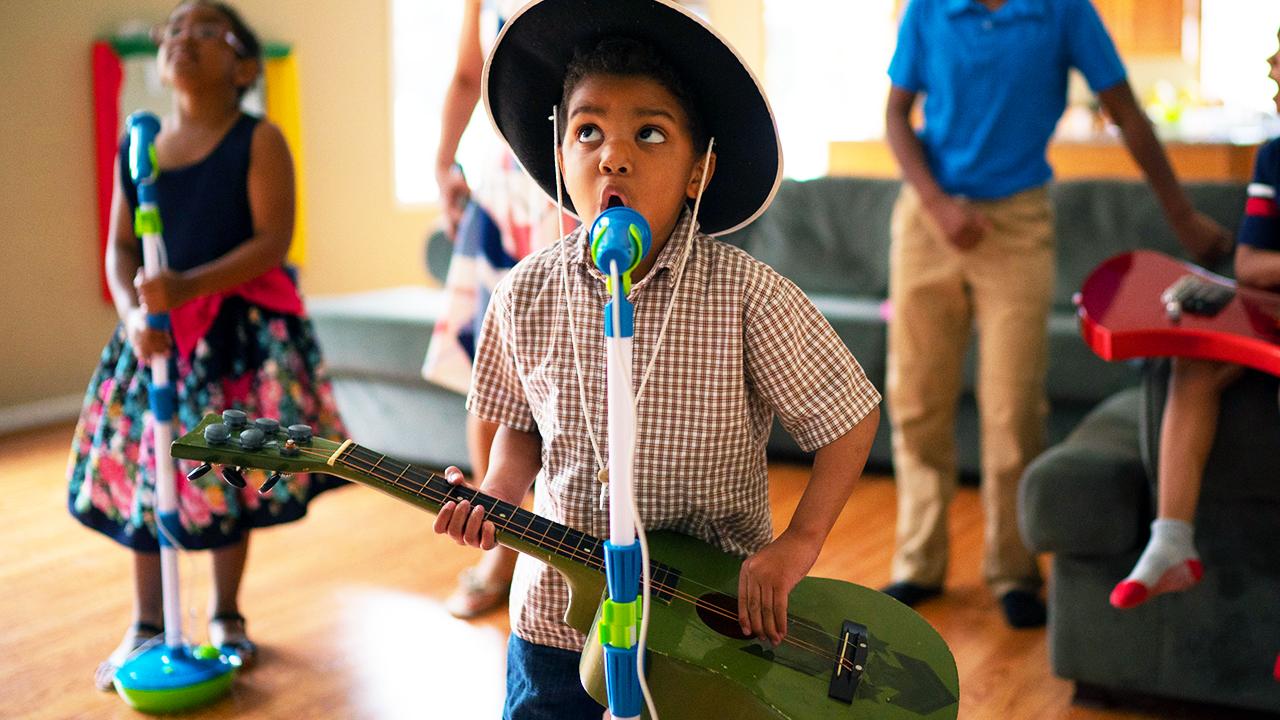 Sheletta Brundidge had hit a wall in the dark.

Her 4-year-old son Daniel didn’t seem to be progressing after years of intensive treatment for autism spectrum disorder.

Therapists told the mom of four they’d try another six months before referring him someplace else.

Brundidge had uprooted her family from Houston, Texas, to Cottage Grove, Minnesota, three years ago to pursue early intervention and applied behavior therapy at Lovaas Institute in Minneapolis.  Three of her children were diagnosed with autism.

“I want them to be completely healed,” Brundidge told Hey, Black Mom! “It’s possible. We believe it.”

Since heading North, her two older children have completely tested out of special education. Her 6-year-old son Brandon and 5-year-old daughter Cameron are currently in their school classrooms without help. So Brundidge was devastated at the thought of parting ways with Lovaas and its in-home treatments.

One afternoon, a powerful breakthrough changed the course.

Daniel, who is mostly non-verbal, was playing with the buttons on his mother’s duster as he often did when she washed dishes. He started humming a popular song. Then, he began singing the lyrics to the chart-topping hit Old Town Road by Lil Nas X and Billy Ray Cyrus.

We had an #oldtownroad miracle at my house. My son Daniel has #autism and doesn’t talk. We caught him humming the @LilNasX and @billyraycyrus tune the other day. Then Bless God, my baby started singing the song on his own. His therapists have started to use it in his sessions! pic.twitter.com/vtCNWeg6ax

“I text my husband to come downstairs,” Brundidge recalled. “There were tears under my chin, snot, slobber, all of it. Daniel’s hair was wet because I was crying so hard. My husband was standing there in shock.”

An awestricken Brundidge recorded just a snippet of Daniel finding his voice, initially for her out-of-state family. The Two Haute Mamas podcast host wound up posting it to social media, where millions of others shared in the moment.

The June 4 clip went viral, even attracting the attention of Lil Nas X, who retweeted it and called into Brundidge’s radio station News Talk 830 WWCO to show his support.

“Now we all know: It’s music. We can teach him through music.”

Brundidge said Old Town Road and songs with similar sounds have been implemented into Daniel’s therapy.

Her older children couldn’t get enough of that song. They play the family favorite all day and night, she said. They hum it. They whisper it. They put it on repeat night after night for karaoke.

“I could not get rid of Lil Nas X and Billy Ray Cyrus,” Brundidge said playfully of the unlikely tune that changed her family’s life.

Daniel’s verbal communication had always been extremely limited. He says only a few words sporadically from time to time.

He was diagnosed on the spectrum when he was 18 months old. Since Brundidge already had two autistic children, her family could quickly identify the signs.

“The statistics are startling,” said Brundidge, who is also mom to 12-year-old Andrew. “The Lord must have really loved us and knew we could handle three children with autism spectrum disorder.”

One in 59 American children are diagnosed with autism, according to the Centers for Disease Control and Prevention. Early intervention may help a child achieve normal education and intellectual functioning by age 7, according to the Lovaas approach.

“It’s also been a light for other parents who didn’t have a way out, who didn’t know what they were supposed to do with this,” Brundidge said.

Brundidge first learned of Old Town Road during an improbable late-night stint on Twitter while she was consoling one of her sick children.

“I saw that man (Billy Ray Cyrus) tell that little boy he’s gonna be a light,” she said when asked what she felt triggered Daniel’s response to Old Town Road. “What am I doing up looking at that in the middle of the night, turning the volume up and actually listening? I’m supposed to be reading the Wall Street Journal or something.

“God used the light that was in that song to bless my child.”