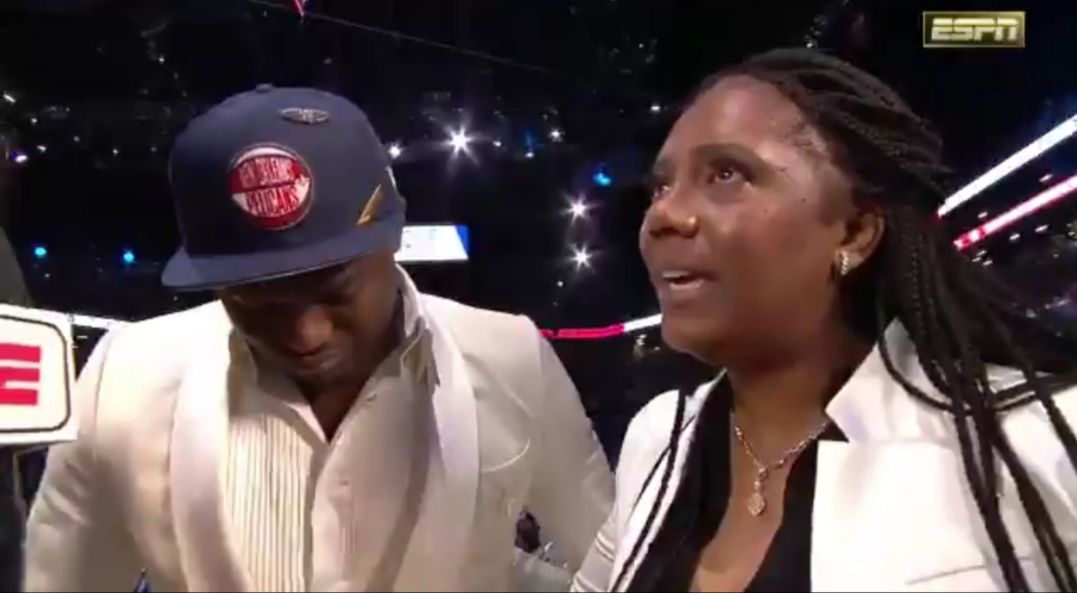 Zion Williamson held back tears when talking about his mother after he was drafted No. 1 overall at Thursday’s NBA Draft in New York.

As expected, the beaming 18-year-old was selected by the New Orleans Pelicans. Then, physical emotional took over during his post-draft interview.

“I don’t know what to say,” Williamson told ESPN. It was then evident in his face that the moment was sinking in.

“I wouldn’t be here without my mom. She did everything for me.”

What a moment for Zion Williamson, who shed tears after being drafted No. 1 overall. #NBADraft pic.twitter.com/WBVSRPr04K

“My mom sacrificed a lot for me,” the Duke University star said. “I wouldn’t be be here without my mom.

“She did everything for me, and I just want to thank her.”

Mama Sharonda joined her son, herself wiping away tears. Just as a mother would, she embraced him for a moment of comfort on the global stage.

Williamson told the reporter that his mother, who was his basketball coach until he was 14, put her dreams aside for his.

“We’ve worked since 5 for this moment,” Sharonda said on ESPN. “To watch his hard work pay off, we’re so happy for him. …I’ve seen somebody who’s believed in the process and who put in the work. Because of that, we’re here today.”

The NOLA-bound draftee said he managed to make it past shaking NBA Commissioner Adam Silver’s hand without tears.

“But when Maria Taylor started to interview me, and my mom was there,” he said, “the emotion just hit me.”