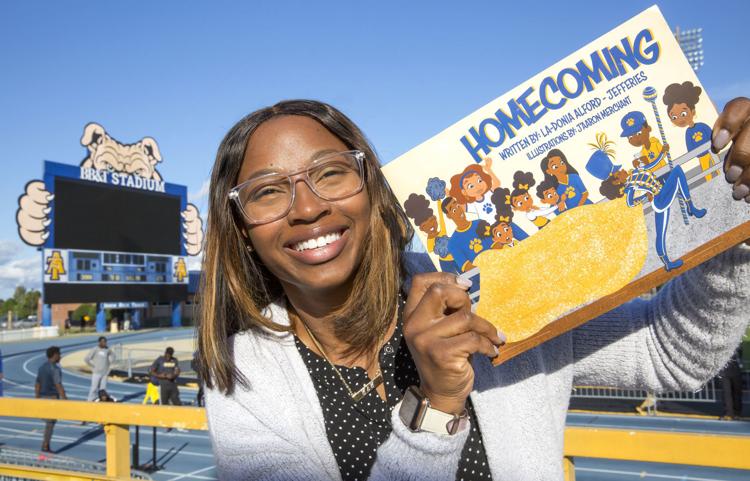 Her father, an A&T alumnus, is a football season ticket holder. Her mom is a former professor at the school. Before eventually attending herself, she remembers as far back as 3-years-old her family enjoying the HBCU festivities in Greensboro, N.C.

When she had her first child in 2015, Alford-Jefferies lived in Cincinnati, too far to return to her hometown, writes Greensboro.com. She wanted her children to experience the unique thrill of a black college homecoming, so she wrote a book about it.

Earlier this year, the mom of two self-published a 26-page picture book entitled Homecoming, drawing largely from her own experiences when she was an animal science student at A&T. The 2010 graduate has sold 1,000 copies of her first book via paperback and e-book, according to Greensboro.com.

“Homecoming reaches far past campus,” she said in the article. “Some kids know what it’s about and some kids don’t. I just wanted children across the country to have a sense of what homecoming is and why it’s important.”

The book is about a black family taking their three children to their first HBCU homecoming, with the cover illustrated with tones of Aggies blue and gold. It addresses the culture from fraternities and sororities on the yard, the jazzy band and halftime show and tailgate.

Alford-Jefferies, a high school biology teacher who also met her husband at A&T, got the idea for the book when she was living in Ohio.

After finding illustrator J’Aaron Merchant, Alford-Jefferies used social media, local media and word of mouth to sell out of the first batch. The pair is also releasing an accompanying coloring book.

“This has exploded,” Alford-Jefferies told Greensboro.com. “I just did not see this coming in this time frame.”