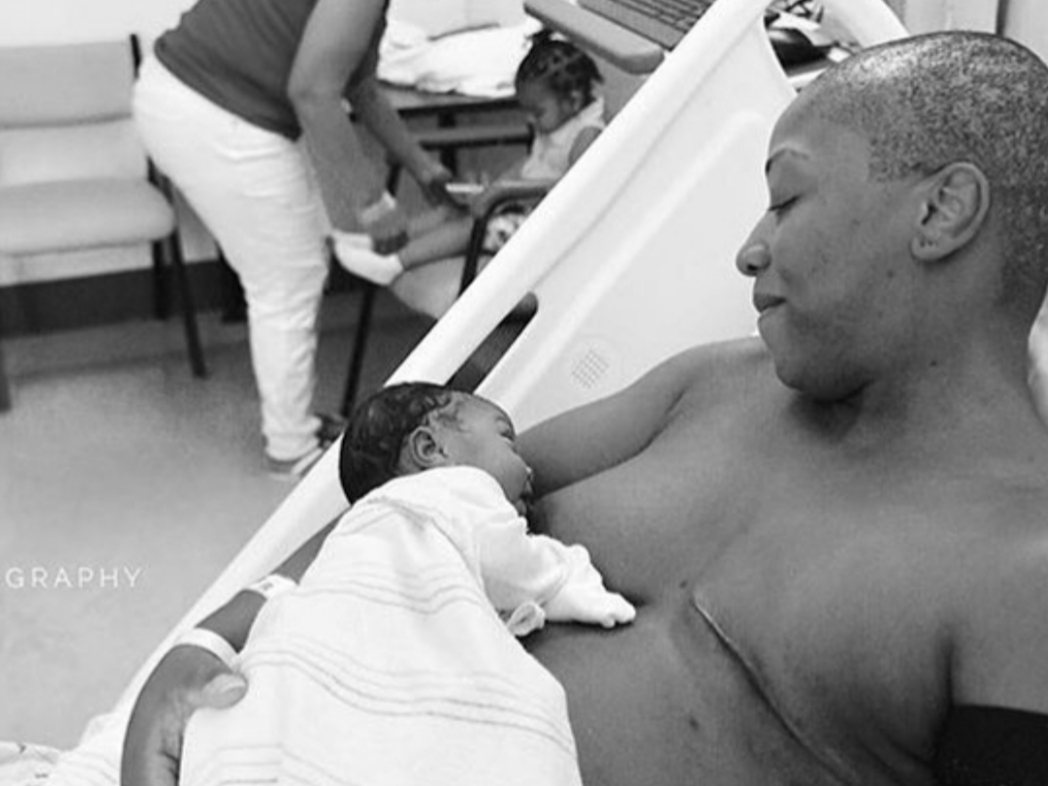 There’s an unparalleled bond between a mother and child during breastfeeding.

It’s one DeShonjla Peterson shared with her oldest daughter for 18 months. When she got pregnant again, it was only natural she’d want to breastfeed her second child, too.

Only, Peterson had been diagnosed with breast cancer at the time.

“I went to the doctor, my OBGYN. He felt the lumps. He was little concerned,” she said. “He told me (before), you know if you breastfeed, your chances of getting breast cancer are reduced.

A 2016 self-examination led to Peterson’s diagnosis in November of that year. Shortly after, she learned she was pregnant.

Faced with two difficult choices, Peterson took a leap. Instead of scheduling her cancer treatment and double mastectomy, she delayed treatment for a chance to breastfeed her daughter, Zoe, who is now 2.

“There are four stages, I’m at Stage 1. Even if it progressed, I only had to get her here,” said the 42-year-old Peterson, recalling her decision. “We wanted another kid, but after they gave us that diagnosis, we decided it’s not going to happen. I took the pregnancy test. I’m in the bathroom. I’m pacing. I’m literally walking the walls of my job crying. That thing came up in three seconds and it was positive.

Peterson and her husband Kevin previously struggled to get pregnant. They dealt with infertility and a late-term miscarriage. Then, Peterson was pregnant with cancer.

She didn’t understand the timing, but she did her research and got a second and third opinion before accepting the risk of her rare diagnosis. Breast cancer affects one in 3,000 pregnant women, according to Komen.org.

She knew she wouldn’t be able to connect with Zoe the same was as her now 4-year-old daughter Kelsi due to the cancer, so she wanted to buy any time she could to breastfeed.

She got three weeks, and she did it with one breast.

“I knew I would go through a lot,” Peterson said. “I didn’t know how much time I would get to spend with her. A lot of times, I couldn’t even hold her.”

The cancer progressed into Peterson’s lymph nodes by time she started treatment, which was nearly a year after her diagnosis. By then, she was in Stage 2. She underwent a double mastectomy, chemotherapy and 32 sessions of radiation.

“Chemo was a whole new beast,” she said. “Radiation was hard for me. That was the worst part, because it hurt the most. That was the one when I felt pain.”

Her girls, family and community helped her become a breast cancer survivor, one that unselfishly postponed cancer treatment for 10 months in exchange for three weeks of breast feeding and a to knock a couple stress points off her pregnancy.

“I was clear. I knew that my child would be OK,” Peterson said. “I loved being pregnant. I was so happy. I learned what really mattered.”