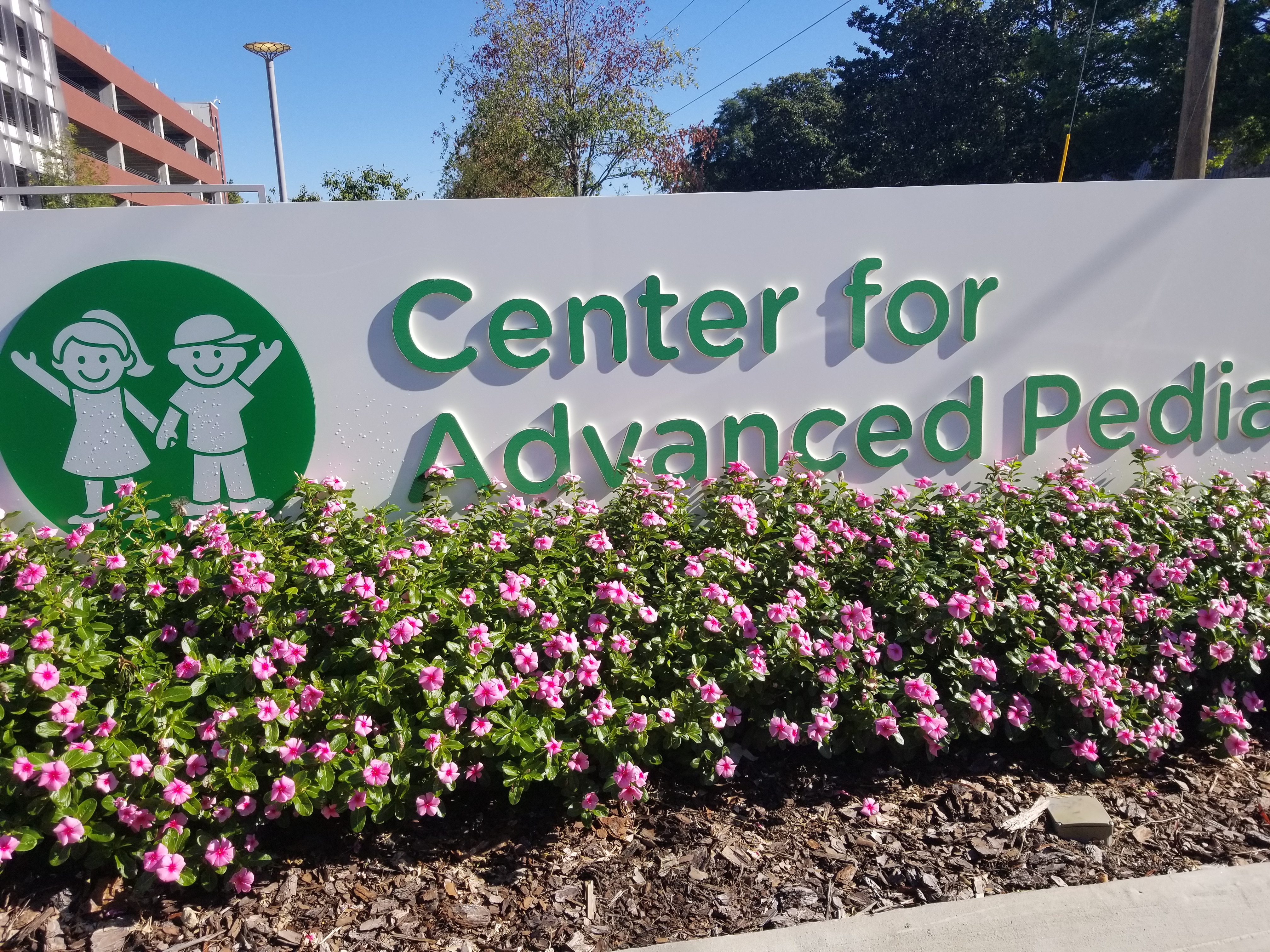 A box of tissue’s been left on the bright yellow love seat of the surgical consultation room.

I gently move it to the counter as I take a seat, my 6-week-daughter sleep soundly in my arms. The nurse begins updating her digital chart and collecting other information for Luna’s post-op appointment.

The box of tissue was particularly significant as I prepared to see Children Healthcare of Atlanta’s surgeon Paul Parker for what was hopefully the last time — ever.

That box of tissue meant one family had probably just begun the challenging journey that was ending for mine. It was the end of the road for us, yes, but I had vividly remembered what it was like weeks before when I was the one who needed it.

When I was about 30 weeks pregnant with my daughter Luna, my OB ordered an ultrasound to check her size. He was worried she might be too big, so this appeared to be another bump in the road with the pregnancy.

At first, it was the threatened miscarriage because of some early spotting. It was also a lot harder on my body. Then, I dealt with several bouts of dizziness because of my unpredictable blood sugar. Miss one meal, I was toast. On top of that, my husband and I were having a rough 2019 due to some family issues.

I mentally prepared myself for the ultrasound. I hadn’t planned on a C-section, but it was my doctor’s recommended course of action if she was too big.

The damn ultrasound revealed not just one but two troubling facts. My fluid levels were elevated, but that news didn’t compare to what they told me next: the baby had a mass that was most likely a cyst.

My heart fell to my belly.

The doctors then told me it appeared to be an ovarian or liver cyst.

My heart dropped to my feet. The tears started falling from my face. They told me it might be something that resolves itself, but there was no way to know.

I sat in the car and cried for an hour.

Luna arrived in September three weeks early at a healthy 7 pounds and 11 ounces, slightly larger than my oldest Phoenix when she was born.

Bringing home a new baby is easily one of the most joyous experiences you could have. It’s such a momentous time for a family.

While our new addition brought tears to our eyes and warmth to our hearts, we couldn’t shake the dark cloud over us. We knew we had to address the cyst, and it was a moment I’d been dreading since I found out about it.

Luna’s ultrasound revealed the cyst grew, and the doctors still weren’t sure where in her abdomen it was located. Maybe the liver. Maybe the ovary. Maybe the lining of the bowel.

The pediatric team at the hospital referred us to CHOA. I tried to be hopeful. I tried to hold on to faith that my baby wouldn’t need surgery to deal with this. I had hoped it would go away on its own.

God had other plans.

It was a dreary stretch of days waiting to see the surgeon. I tried not to cry as much, because I wanted to be strong for my babies. Luna had been tough, so why couldn’t I?

Parker’s recommendation was immediate surgery since the cyst was large. He talked us through what the operation would look like. I broke down as he recited details about Luna’s impending laparoscopy, which would put a scope through her belly button and instruments through small incisions on either side of her tiny, tiny tummy.

He said it was less evasive than former procedures that required a large incision across the belly.

Handing me a box of tissue as we asked all the questions we could think of, Parker assured us he would take care of our daughter.

This little baby was going under anesthesia, and it terrified me. She wasn’t even two weeks old at the time. My Grey’s Anatomy binge session came to a screeching halt.

Luna was 11 days old when she had surgery, and I was a total train wreck (and pause or not, months of watching Grey’s didn’t help).

I’m not sure which two hours were longer: waiting for the surgery to start or waiting for it to finish. My worst breakdown was when they carried her off for surgery. It was the scariest moment of my life.

We sat nervously in the waiting room with other worried families anticipating news from their surgeon. The doctor who carried Luna out called me about 15 minutes in to let me know she was under and doing well. She said if they weren’t done by 10 a.m., she’d call back.

Shortly after 10, Parker emerged. He seemed pretty jolly, but not until he said, “She did fine. She’s waking up,” could I take a giant gulp of air and breathe. Not everyone got good news in the waiting room that day.

The surgery was necessary. The cyst managed to wrap itself around my baby’s ovary and appendix. Dr. Parker, an amazing surgeon, has some years on him and said he’d never seen anything like it. They wound up taking the appendix and an ovary. I could live with that. She can live with that.

The dark cloud vanished as we made our way up to retrieve our recovering baby girl, who also had a clean biopsy.

Being in a hospital, a children’s hospital at that (gosh, so unfair to them), offered great perspective. I had spent too much time sweating the small stuff in life. I wasted so much time and energy worrying about things I had no control over and things that didn’t matter.

I’m not sure why God chose us for this, but when I sat in that consultation room and learned that my newborn daughter needed surgery, I realized how I was crying over spilled milk far too often. This, I thought, is actually something to cry about.

Not getting Phoenix to bed late. Not the laundry that sat around a few extra days. Not missing my exit when I had somewhere to be.

This part of Luna’s story knocked me off my feet and required my full energy and attention.

It’s funny how one of the most stressful moments of my life taught me to better manage my stress. I learned how quickly your circumstances could change. We all know that, but it doesn’t hit you until it happens.

I learned that you never know when you’ll truly be tested. Every time I see her tiny scars, I’m reminded of that.