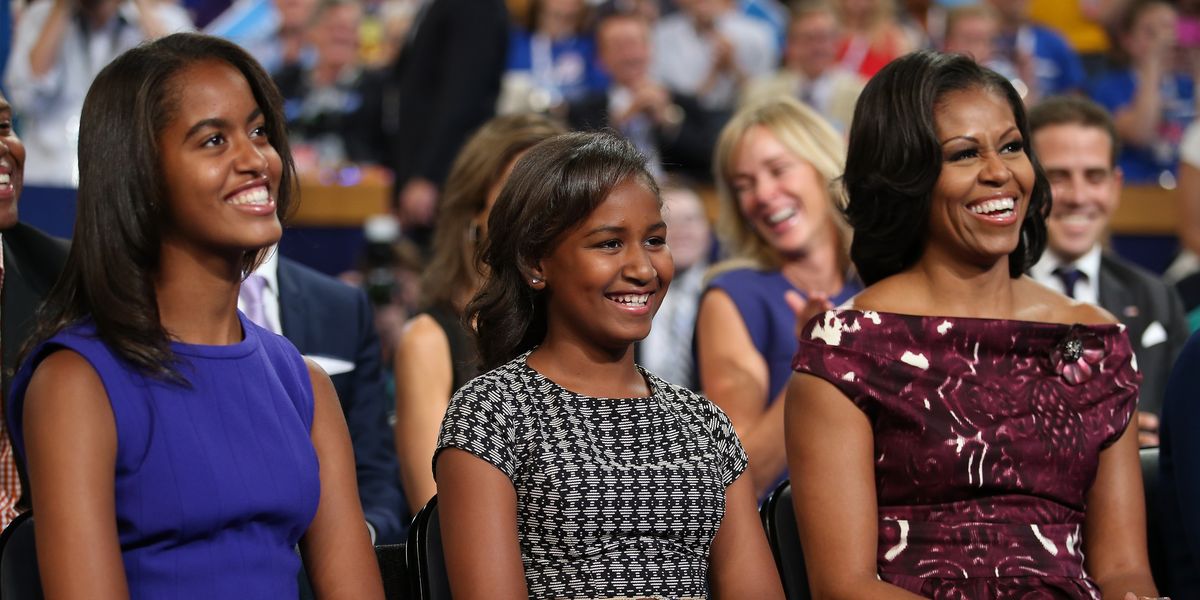 Michelle Obama is cherishing every phase of parenthood.

The former First Lady and her husband Barack Obama are now empty nesters, as their daughters Sasha, 20, and Malia, 23, have moved out of their family home.

Though Michelle Obama is grateful for the time she’s spent with her girls in quarantine and their “fun” stage of young adulthood, she admitted it’s scary having grown children.

She joined The Ellen DeGeneres Show on Tuesday and reflected on it.

“They loved the Jonas Brothers,” the Becoming author said about the two girls who were introduced to the world as 7- and 10-years-old; Barack Obama became president in 2008. “Now they are bringing grown men home. Before it was just pop bands. Now they have boyfriends and real lives.”

Obama added that Sasha is in college and both the young ladies are doing well.

She went on to share about how her family’s time in the White House impacted her parenting. She said she was intentional about instilling values despite their status as first daughters.

“I listened to what my mother said when she was raising us,” Obama said. “She said, ‘I’m not raising babies, I’m raising real people to be out in the world.’ And I kept that in mind with the girls.”

She knew Sasha and Malia wouldn’t always be in the “bubble of the White House,” so she ensured they learned to make their beds and drive. Obama also wanted her daughters to be “compassionate, independent and responsible people,” so that they could enter the world as such.

“And I think that they are amazing young women because of that,” she said.